Manchester United boss Ole Gunnar Solskjaer has slammed referee Anthony Taylor for booking Daniel James in his side’s 6-2 win over Leeds on Sunday. The Wales international received a caution after being adjudged to have dived. But his manager has disagreed with that decision.

United had a near perfect afternoon against Leeds.

Scott McTominay and Bruno Fernandes both bagged braces for the Red Devils, with Victor Lindelof and James also on target.

James, however, received a yellow card after referee Taylor thought he dived inside the area.

It was a decision Gary Neville disagreed with on commentary for Sky Sports – and Solskjaer has now had his say on the incident.

“I think you saw what he did for us today,” he said. 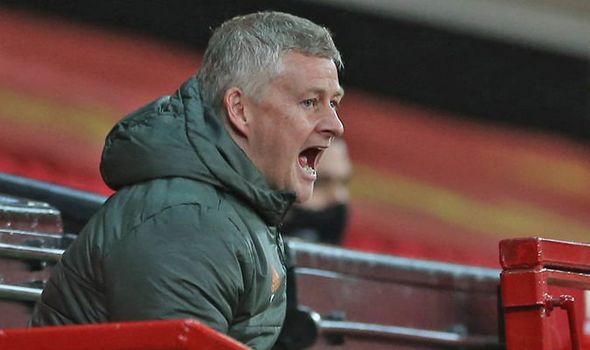 “Starting off on the front foot, he’s so quick and sharp and, for me, I don’t know if it’s inside or outside the area, but it’s either a penalty or a free-kick for Dan when he gets his [Cooper’s] arm and [yet] he gets a yellow card for diving.

James himself didn’t seem too bothered after the game, however, with the Wales forward expressing his satisfaction with his team’s performance.

“It’s always nice to score the first goal but, from then, we’ve got to go on and keep doing what we’ve been doing in training all week,” the forward added. 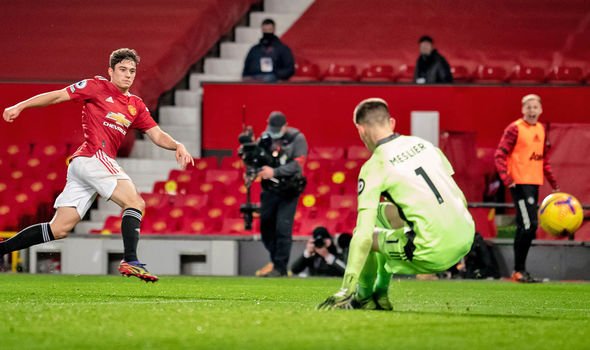 “I think we all know it was going to be about one-v-ones all over the pitch. It was just about winning them and I think we definitely did that today.”

United legend Roy Keane, who was a pundit for Sky Sports for the afternoon, was happy for James after the game.

“He’s had a tough time. A tough time since he’s come to United,” he said.

“I think he started off his career at United very, very well. He’s had a tough few months. Again, credit to Ole. He probably thought this will be his type of game – it’s going to be open.

“I can always tell by a player’s face when a ball goes in. Again he’s running forward, he’s nice and brave. Going to Man United was a big move for him.

“Look at his face [after scoring] and it meant a lot to the kid. And I’m delighted for the kid.

“Listen, playing for Man United is not as easy as everyone thinks – there’s lots of pressure. It was a big relief for him.”

James could feature when United lock horns with Everton in the Carabao Cup on Wednesday (8pm).

The Red Devils haven’t won the trophy since the Jose Mourinho era, where they beat Southampton in the final in 2017.

But, should they beat the Toffees, they’ll be just three matches away from ending their wait for silverware.