Manchester United striker Edinson Cavani hit the headlines for the wrong reasons this week for a horror challenge on Richarlison while on international duty for Uruguay. The 33-year-old headed into the international break having scored his first goal for United since joining on deadline day.

It’s been a slow start to life at Old Trafford for the former Paris-Saint Germain striker having struggled to break into the starting line-up.

He’s only been given a handful of appearances off the bench so far, but he got off the mark in the recent 3-1 win over Everton.

Cavani was given ample game time during the international break though, scoring in Uruguay’s 3-0 win over Colombia last week.

He started against Brazil on Wednesday as well, but he was sent off in the 71st minute for a rough challenge on Richarlison. 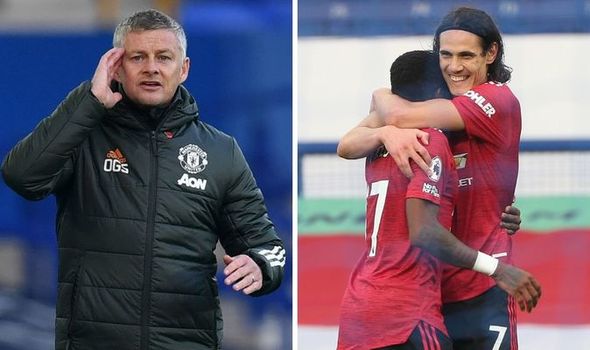 Dimitar Berbatov doesn’t believe that Cavani’s red card is a sign of things to come at Old Trafford.

But the former United striker does want to see Ole Gunnar Solskjaer hand Cavani his first start on Saturday against West Brom.

“Edinson Cavani was sent off for a rash challenge while playing for Uruguay against Brazil in midweek,” he wrote for Betfair.

“I don’t think this necessarily shows there’s fire in the forward.

“We already knew he had plenty of passion, otherwise he wouldn’t have such a fantastic goal-scoring record.

“I want the big Uruguayan to score more for United, after getting his first against Everton a couple of weeks ago, but to do that he needs to play more minutes.

“I want to see Cavani play down the middle, with Anthony Martial on the left and Marcus Rashford to the right.

“When he has come on, Cavani has looked sharp so far for United and made some excellent runs. 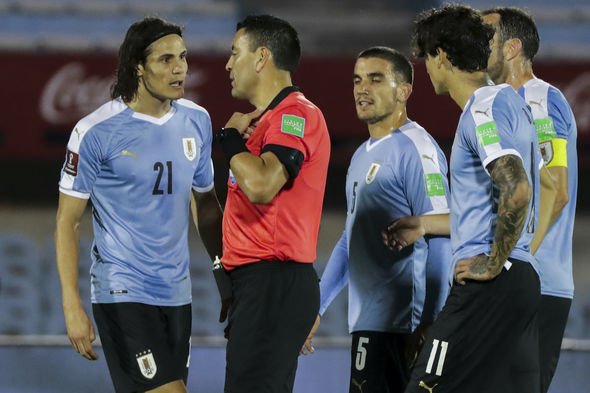 “At 33, he’s in great shape and, with young guys around him, he could be lethal for United.

“Saturday’s home match against struggling West Brom would be a perfect opportunity for Solskjaer to play Cavani in the centre of the United attack.”

Cavani was absent from United’s training session on Thursday, although he may have been given time to recover having played late on Wednesday.

Captain Harry Maguire also missed the session after he suffered a bruised foot while playing for England on against Iceland and he’s reportedly a doubt to face West Brom.

Jose Mourinho takes a swipe at Manchester United over penalties

Football: La Liga set for individual training return on May 4