Manchester United have dropped their asking price for Alexis Sanchez, reports claim. The Chilean international has impressed during his loan spell with Inter Milan and would like to make his stay permanent.

Sanchez joined Manchester United in January 2018 having scored 80 goals and provided 45 assists during his four-season spell with Arsenal.

Things didn’t go smoothly for the 31-year-old in Manchester.

He managed just five goals in 45 appearances before being shipped out to Inter Milan on a season-loan loan.

And that’s where Sanchez has undergone through something of a revival. 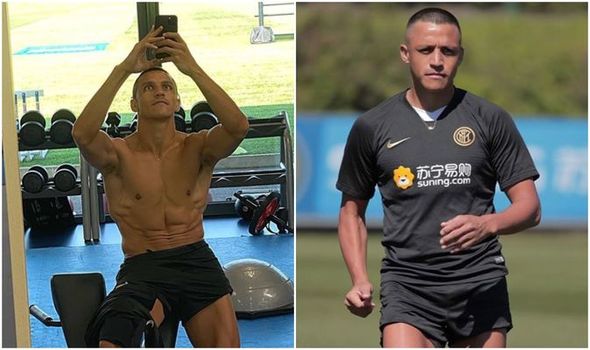 The attacker has scored four goals and provided 10 assists in 29 appearances for Inter and manager Antonio Conte wants him at the San Siro next season.

Sanchez will be available for the Europa League last-16 tie with Getafe on Wednesday but the terms of his existing loan deal mean he will return to Old Trafford afterwards.

Ole Gunnar Solskjaer does not want to keep the former Barcelona forward and offloading him could save upwards of £400,000 a week in wages.

And that, according to Italian newspaper Gazzetta dello Sport, has forced Manchester United into changing their stance.

The Red Devils had previously wanted £18million for Sanchez’s signature but they are now prepared to accept £13.4m.

There are, however, more obstacles to overcome before a ‘new agreement’ can be reached.

United have been paying a sizeable portion of Sanchez’s wages since he moved to Italy last summer.

The club are likely to have to compensate the player, who has just under two years remaining on his contract which expires in June 2022.