Manchester United will reject any bids from Chelsea for Dean Henderson this summer, because they don’t want to lose the goalkeeper to a top-six rival. That’s according to a report in The Sun, which claims Henderson is still wanted by the Blues.

Henderson could be on his way out of Old Trafford this summer, depending on how the next few weeks pan out.

The 23-year-old goalkeeper has been impressive while on loan at Sheffield United, and has garnered attention from elsewhere.

Ole Gunnar Solskjaer has faced calls to axe David de Gea and give Henderson a chance in goal at Old Trafford, but the boss appears to be backing the Spaniard.

Reports claim the Englishman will tell Solskjaer he wants to be sold this summer if he isn’t given the first-choice role for next season. 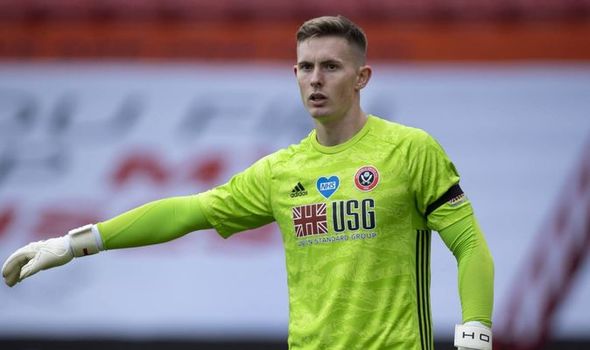 Chelsea are in the market for a new goalkeeper this summer, as Frank Lampard has lost patience with Kepa Arrizabalaga.

And Henderson has emerged as one of the Blues’ top targets, with rumours circulating that they could test the waters with a £30million bid.

However, the Sun claims United will knock back any bids from the Stamford Bridge outfit for one particular reason – they don’t want him going to a top-six rival.

Chelsea and United filled the final two spots in the top four behind Liverpool and Manchester City this season after a dramatic end to the campaign.

Both sides had troubles at the back this season, and have their own problems in the goalkeeper position.

Lampard has dropped Arrizabalaga multiple times this season and has been tipped to move on from him this summer, while De Gea has made a series of blunders throughout the campaign.

However, with both goalkeepers locked into long-term contracts on large salaries, it could be difficult for either team to change their first-choice stoppers.

And Chelsea hero Mark Bosnich believes Lampard could opt to stay with Arrizabalaga and give him another try next season. 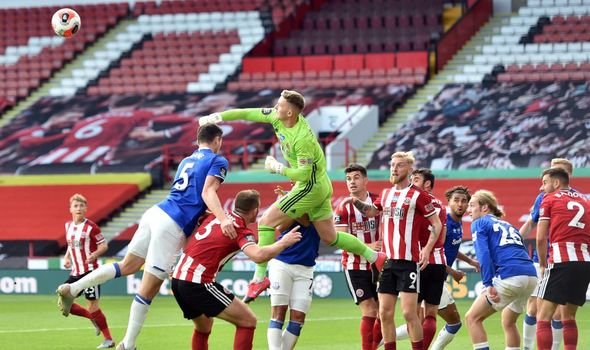 When asked if Kepa should be sold, Bosnich told Sky Sports: “There’s been quite a few signs, you have to say, over quite some time now, over a period of months.

“He [Lampard] and Kepa don’t see eye to eye for whatever reason that may be. And he’s out on the lookout for a new goalkeeper.

“There may be a problem in terms of the fact of how much money Chelsea have spent on the goalkeeper.

“You never know, Frank may be told from upstairs ‘No, we’re going to stick with him and this is the way it is.’”

Why Cesc Fabregas left Arsenal for Barcelona in 2011