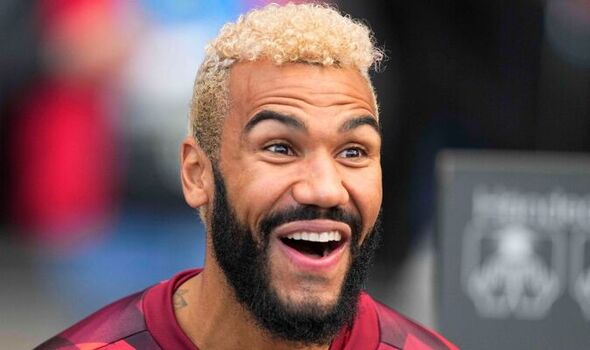 Bayern Munich director of football Hasan Salihamidzic has declared the reigning Bundesliga champions intend to keep red-hot frontman Eric Maxim Choupo-Moting beyond this season, in a transfer blow for Manchester United. The Cameroon international, who has been courted by the Red Devils in recent weeks as they eye the signing of an experienced striker to potentially replace Old Trafford icon Cristiano Ronaldo, is out of contract in the summer of 2023.

His uncertain future looked set to provide United with an opening in their bid to land the former Stoke frontman but he now looks set to intensify contract discussions with the Bavarian club – with both parties seemingly on the same page.

The experienced 33-year-old has struck 10 times in 15 appearances in all competitions this season, also registering three assists following the sale of Robert Lewandowski to Barcelona.

He could now be of extra importance to Julian Nagelsmann this season amid reports Sadio Mane is set to miss the World Cup through injury sustained in the 6-1 thrashing of Werder Bremen on Tuesday evening.

“We’ll meet and see if we can satisfy him. He’s a big asset for us. We are in contact and Choupo feels comfortable in Munich.”

Choupo-Moting recently outlined his desire to stay with Bayern, insisting he was happy at the club: “I’m just focused on FC Bayern and the here and now. I’m very, very happy and could imagine staying here longer.”

United are looking to sign another experienced forward for Erik ten Hag to ease the pressure on their current attacking roster.

The Red Devils made a shock bid for former Stoke and West Ham bad boy Marko Arnautovic in the summer that was rejected out of hand by Bologna.

Their interest was soon withdrawn following fierce backlash from supporters, who were determined to boycott the signing as they demanded a greater show of ambition from the board.

An £86million deal was later agreed with Ajax for Antony as Ten Hag was given a £210m war chest to overhaul his United squad.

Further funds are likely to be sanctioned in the January window when Ronaldo’s future is expected to fall under consideration once again.

The 37-year-old veteran is still believed to be keen on pursuing a new challenge away from the club – despite a lack of offers in the summer.

Super-agent Jorge Mendes offered the five-time Ballon d’Or winner to Barcelona, Bayern Munich, Chelsea and Napoli amongst others but Ronaldo eventually stayed put against his will.

Since then, he has endured a rollercoaster campaign that saw him net his 700th club career goal against Everton before later being dropped from the first-team fold after storming down the tunnel early against Tottenham.

Ronaldo has since been reinstated into the starting XI but his involvement is still perceived as a potential hinderance in United’s quest for a top-four finish.

United are still vying to go big on a new marquee No 9 next summer with Dusan Vlahovic and Victor Osimhen believed to be among the names of interest.