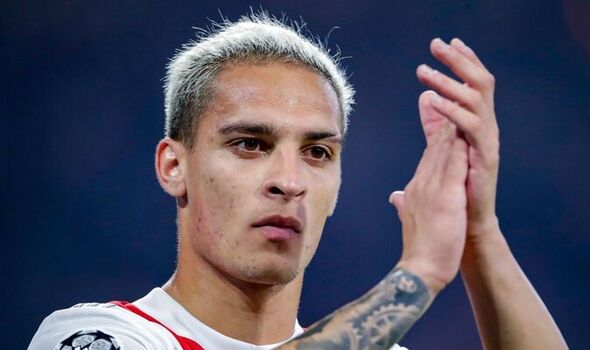 Manchester United are ready to offer Ajax £40million for Brazilian winger Antony but the bid is expected to bid rejected according to reports in Holland. Erik ten Hag is determined to reunite with the 22-year-old attacker, who was one of the key cogs in his Eredivisie-winning side in Amsterdam last season.

Signed from Sao Paulo for £13m in 2020, Ten Hag has helped elevate Antony’s game to a whole new level in Holland, where he has become one of the stars of the top-flight.

Antony struck 12 times and registered 10 assists in 32 outings in all competitions last season for the Dutch champions, who won all six of their Champions League group matches.

According to ESPN in Holland, United are now ready to make their move after deciding to table a £40m offer.

Separate reports in England suggest United chiefs have flown to Amsterdam to thrash out a deal with Ten Hag’s former club. 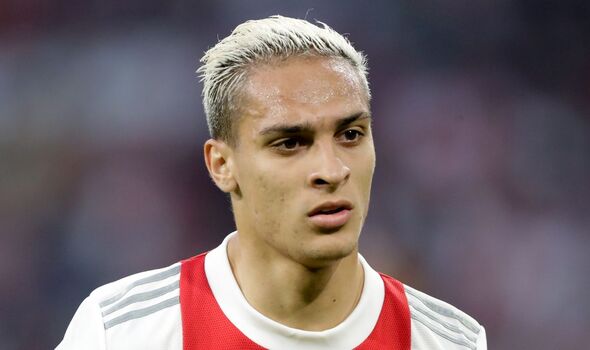 Ajax, however, would be seeing much more than the £40m on offer from United. They value Antony at upwards of £50m.

As seen in the past, Ajax are no strangers to a significant sale due to the trust the club have in their youth academy.

Star striker Sebastien Haller is now closing in on a move to Borussia Dortmund following the departure of Ten Hag.

Arsenal are also expected to up their offer for Lisandro Martinez after Ajax rejected a bid worth in the region of £25m.

He said: “I want to wish you all the best at your new club,” he said. “I also want to thank you for everything you taught me. I am thankful [for] all the opportunities and learning every day. Know that I will always stand with you if you need me.”

United are in the hunt for attacking reinforcements, which are top of the agenda besides the ongoing pursuit of Frenkie de Jong.

Antony is deemed tactically versatile and can play on either flank or alternatively, through the middle as a second striker.

The Greater Manchester Police’s ongoing investigation into allegations against Mason Greenwood has created question marks about his availability next season.

Ten Hag wants a left-footed right-winger that can cut inside and score goals – much like Greenwood and Antony ticks that box.

United have already failed with a move for Antony’s Ajax team-mate Jurrien Timber, who is expected to stay in Amsterdam to consolidate his chances of making Holland’s World Cup squad.

The Red Devils are expected to hand Ten Hag up to £200m to spend on summer transfer deals ahead of the 2022/23 season.

What channel is Man City vs Brighton on? TV, live stream and kick-off time