‘Shawberto Carlos is back!’: Man United fans heap praise on Luke Shaw, calling him the ‘best left-back in the world’ after his superb display in the 3-0 win over Bournemouth

Manchester United fans have heaped praise on Luke Shaw after his masterclass performance in their 3-0 victory over Bournemouth.

The England star, 27, returned to his natural position of left-back for the clash after playing as a centre-back in the wins over Nottingham Forest and Wolves.

Shaw was superb again as he rounded off a well-worked move to score and played a key role in United’s third with a sublime cross-field pass to Bruno Fernandes. 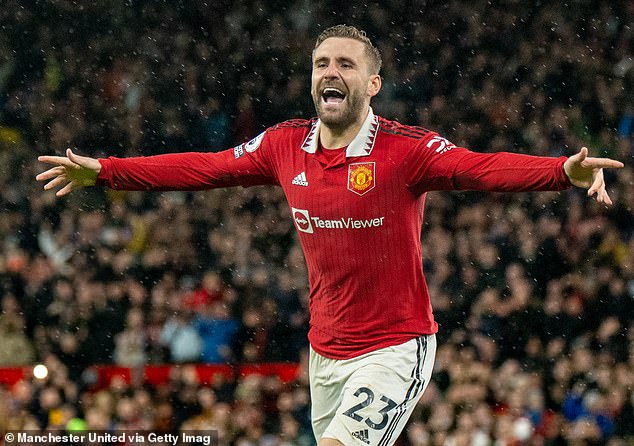 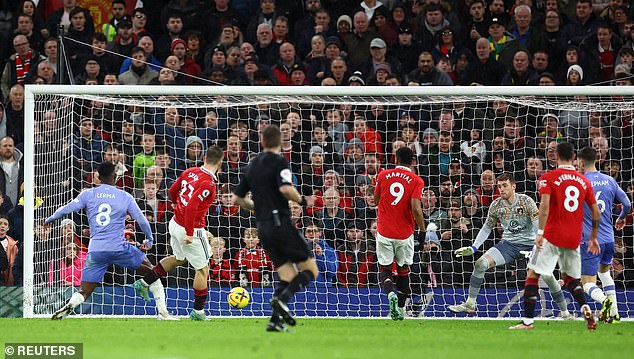 Shaw had an impressive 87 per cent pass accuracy and successfully delivered the ball 83 times to his teammates in the 90 minutes he was on the pitch – three of those being key passes.

The left-back completed five long balls and made three clearances as he helped United pick up yet another clean sheet.

Capping off his performance was his goal in the 49th minute, as he swept home an Alejandro Garnacho cut-back to complete a beautiful free-flowing move from United. 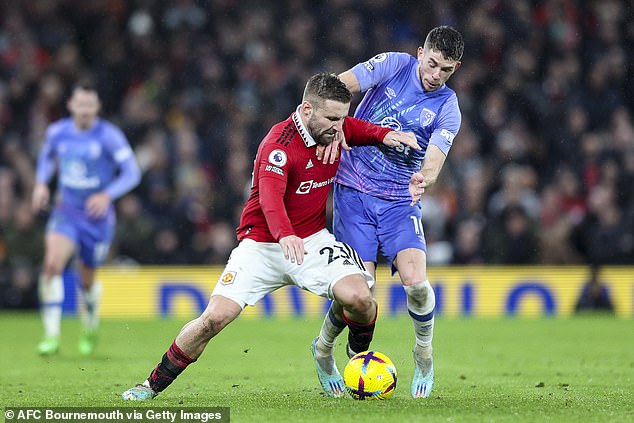 Fans have taken to social media to sing Shaw’s praises as he continues to impress under new boss Erik ten Hag this season.

One fan posted: ‘Luke Shaw truly rejuvenated under Ten Hag. A fully focused Luke Shaw is just treat to watch his 1st touch, link-up play, passing, defending, his crosses in the final third and finishing just world-class. Really happy to see the ‘Shawberto Carlos’ is back!’

A second said: ‘One week he’s doing it at centre back. The next at left back. Luke Shaw is an OUTRAGEOUS player.’

A third tweeted: ‘I can’t even comprehend how good Luke Shaw is. It’s absolutely ridiculous.

‘His first touch, his link-up play, his dribbling, his passing, his crossing, his defending. All world class.’

Another added: ‘LUKE SHAW I AM ON MY FEET APPLAUDING YOUR GENIUS.’

Others have even dubbed Shaw as the ‘best left-back in the world’ at present ahead of some big-name stars.

A fan said: ‘Best Left-back in the world, Luke Shaw.’

Another agreed: ‘Luke Shaw has comfortably been the best left-back in the world this season, world class!’

Shaw has become an integral part of Ten Hag’s squad having featured 19 times in all competitions already this season.

He was also an ever-present for England at the 2022 World Cup in Qatar, showing his importance for both club and country this campaign.