Manchester United have a new transfer priority heading into the summer transfer window with reports suggesting they have moved on from Jadon Sancho. The ‘will he, won’t he?’ saga surrounding Sancho’s potential move to Old Trafford last year went on for several months before both United and Borussia Dortmund stayed exactly where they were to begin with.

All the reports leading up to the summer transfer window suggested that a deal would be relatively straightforward.

Dortmund at one stage made it clear that Sancho wasn’t for sale and then it became apparent that they would accept a bid in excess of £100million.

United appeared willing to meet those demands at one stage but were then reportedly put off by the deadline Dortmund had set.

It was the biggest transfer saga of the summer window which ultimately didn’t pan out how the Red Devils wanted.

JUST IN: Arsenal transfer demand made as Ferdinand feels sorry for Arteta 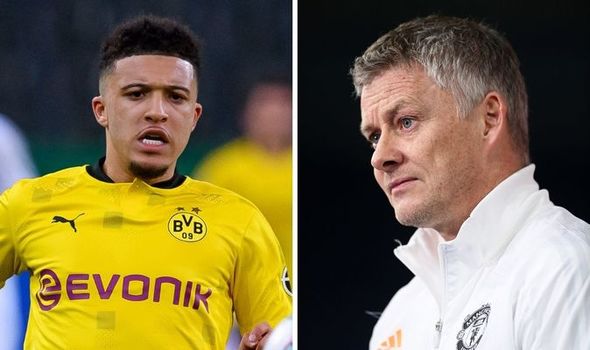 As soon as the transfer window closed, it was immediately suggested that United would look to try again the following summer.

But with just a few months until the end of the season, United appear to have turned their attentions to Sancho’s team-mate Erling Haaland.

The Norway international is the most in-demand footballer in the world with Europe’s elite clubs all vying for his signature.

His agent, Mino Raiola, and father, Alf-Inge Haaland, have already travelled to Spain to hold discussions with Real Madrid and Barcelona and there is an expectation that the pair’s next stop will be England.

But Dortmund CEO Hans-Joachim Watzke has already started the media mind games – just as he did with Sancho last summer.

Speaking to SPOX, Watzke suggested that Dortmund will be fighting to keep Haaland at the club this season.

“We do not have a parallel plan,” he told SPOX.

“We will discuss this in peace with Erling, his father and his advisor Mino Raiola. 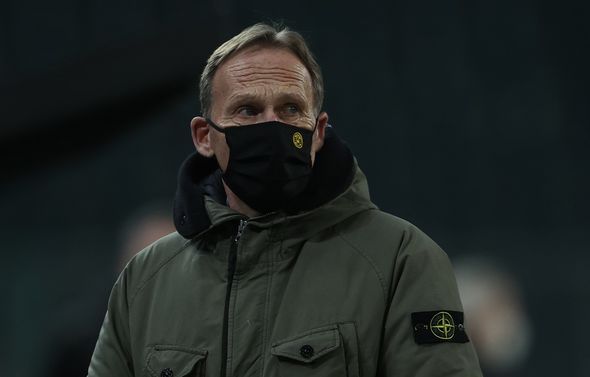 “We also want him to be happy to stay with us, to score goals for BVB next year with conviction. There is no alternative plan.”

But in the same interview, Watzka admitted that an “exceptional offer” would at least need discussing.

For United, they’ll have to try second guess Dortmund’s plans in the summer in their hopes of signing Haaland.

And they will have to move a lot faster than their interest in Sancho last year with a host of clubs also competing for Haaland this time around.

England Euro 2020 squad: Who’s on the plane, who’s in contention, who could miss out?

Barry Hearn takes aim at English football: "How have you spent all that money?"