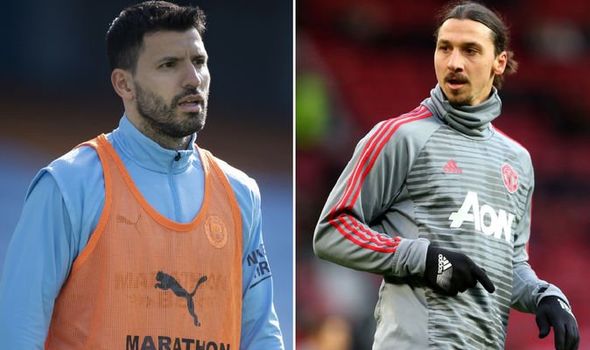 Dimitar Berbatov would love to see Manchester United get revenge for Carlos Tevez’s stunning move to Manchester City 12 years ago by snapping up Sergio Aguero on a free transfer at the end of the season – but believes the striker is too loyal to do that to City.

Aguero is the Premier League’s record overseas goalscorer having scored 181 times in just 271 league games since joining City in 2011, netting a club-record 257 goals across all competitions.

He scored the famous stoppage-time goal against Queens Park Rangers in 2011 to win City their first top-flight title in 44 years and deny rivals United in the process and will forever be regarded as one of the best players in the club’s history.

But the Citizens have confirmed the Argentine will depart the Etihad upon the expiry of his contract at the end of this season.

Barcelona and Paris Saint-Germain are among the main options for Aguero on the continent while Chelsea and Man United have been touted as unlikely domestic destinations.

Yet Berbatov, who played alongside Tevez at United before he made the controversial switch to neighbours City back in 2009, insists it is ultimately up to the 32-year-old where he goes. 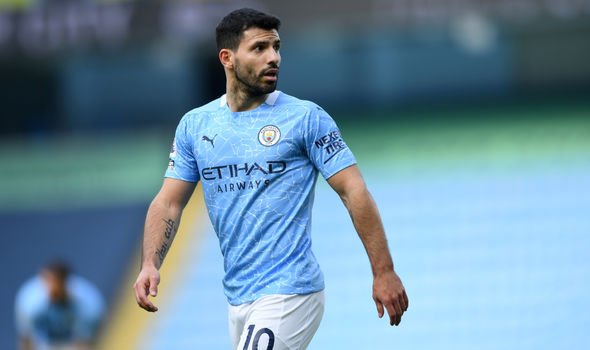 The ex-Bulgarian striker believes Aguero could enjoy the same level of goalscoring success that Zlatan Ibrahimovic and Edinson Cavani have had in their later years at Old Trafford.

Yet he admits because of the Argentina international’s strong ties to City, where he is a club legend and will have a statue built in his honour, a move across Manchester is highly unlikely.

Speaking to Betfair, Berbatov said: “There’s a lot of speculation about where he will go at the end of the season, I would absolutely take him at Manchester United.

“Despite his connection to City and everything he has done there he is a player you can not hate.

“It’s painful for City but if they are letting him go then they are deciding that he has past his peak and they will have someone to replace him.

“He’s still only 32, I left United at 31 and Rooney left at 31 but it’s a different time now and a player like Aguero can still do a lot of damage for a club like United.

“He knows how to save his strength, he knows how and when to attack and when to wait for the right moment, look at how Cavani and Ibrahimovic are performing, they are still making a big impact.

“I think Aguero would be a good addition to United but I can’t see it happening because of his loyalty to City.

“He is still capable of scoring goals and causing damage, but there maybe other younger strikers out there worth chasing ahead of him.

“I think Aguero would feel strange going to United, but I was there when his countryman Carlos Tevez left us to join City.

“It was a surprise for me and everyone else at the club to see Carlos go to City, maybe it was for some kind of statement to United, you could say revenge.

“These days it’s not too unusual to see players move to their rival clubs, it’s business at the end of the day and for Aguero it’s his choice where he goes next, he doesn’t have anything to prove to anyone.”

Berbatov believes Aguero is one of the very best players ever to grace England’s top flight, with the ex-Atletico Madrid striker boasting the best goals per minutes ratio in Premier League history. 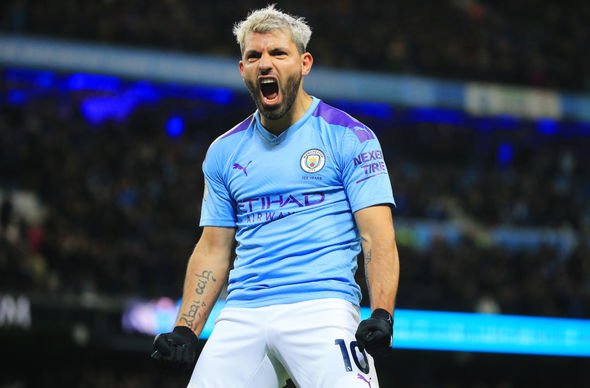 He said: “For me Aguero is in the top five Premier League players of all time, he is one of the best strikers we have ever seen in Europe and I think he has been underrated, he has never really got the credit he has deserved.

“His goals ratio, what he has done for Manchester City, how he plays and scores goals is unbelievable. He is greatly respected between football players for the way he handles himself.

“It’s a sad moment for City fans but at some point in life all things have to come to an end. A new journey for him awaits.

“He’s a number nine, but at the same time he is more than that and he just knows where the goal is. He’s great at finding spaces, picking up the ball and he can bully defenders.

“What also impresses me is, not only is he lethal in the area but he can find the net from outside the area too.

“I think every footballer respects him for the way he plays and for a neutral he’s great to watch, he’s so relaxed on the ball and he knows exactly what he wants to do.”

2018 clip surfaces of Guardiola saying City 'will NOT be banned'