Manchester United hold fears over whether Marcus Rashford will be available for the start of next season. The 23-year-old is planning to undergo surgery after completing his international duties with England at Euro 2020.

It’s no secret Rashford played through the pain for large parts of last season, nursing foot and shoulder injuries amid a hectic football schedule after the delayed start in September.

The forward recently openly admitted it’s been hard to recover whilst playing so many games this term.

He said: “I’m alright, I just take it game by game.

“[My foot] is a bit inconsistent in the way it recovers, but at the end of the day, we just have to deal with it in the best way we can.

“Im happiest when I’m playing games and helping the team. I just do what I can to get out on the pitch.” 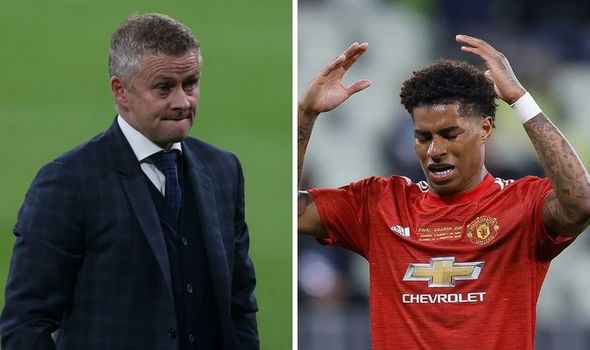 According to The Sunday People, Rashford will finally go under the knife once England’s Euro 2020 campaign is over.

The Three Lions star is believed to be undergoing surgery on one of his injuries, most likely his foot, this summer.

His commitment to the national team has been made apparent, and Ole Gunnar Solskjaer permitted him to remain in Gareth Southgate’s plans.

It has left United concerned over his availability, though, with the further England go in the tournament heightening the risk of Rashford missing the start of the 2021/22 season.

Rashford made 57 appearances for United this season – a staggering number considering the physical limitations from which he’s suffering.

The Red Devils’ No 10 reportedly understands that surgery is an important option to consider following mass criticism over his form in the latter stages of the current campaign.

Solskjaer’s worries are justified, especially if England embark on a long run at Euro 2020.

If the Three Lions were to reach the final on July 11 and Rashford had surgery the following day, he would have just 34 days to recover before the Premier League commences on August 14. 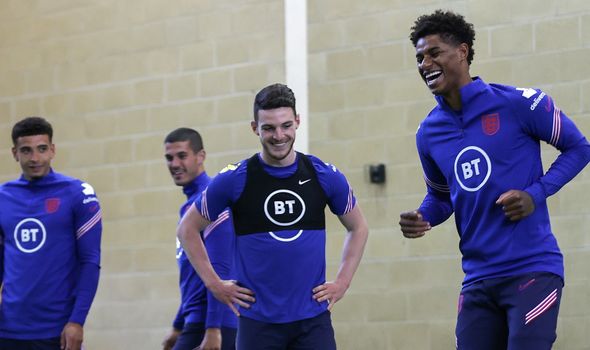 A well-earned holiday, mandatory strength and conditioning work and pre-season training all considered, returning in time for the big kick-off is an unrealistic outcome.

Of course, Rashford can bring the timetable forward if Southgate’s side aren’t successful in their home tournament.

Rice was 'shocked' at Chelsea release.. days after he hinted at move