Manchester United may have seen Cristiano Ronaldo shirk all responsibility at Old Trafford in recent times, but his failure to rouse his fellow Red Devils has evidently allowed for the re-emergence of Bruno Fernandes as the club’s “natural leader”. The Portuguese playmaker was back to his best in United’s 1-0 win over Southampton, captaining Erik ten Hag’s side and hitting a stunning winner to continue the club’s upsurge in form.

Fernandes dazzled during the first 18 months of his United career, providing countless goal contributions and an infectious enthusiasm to inspire the best out of his team-mates. Much was expected of United last season after the 20-time English champions re-added Fernandes’ revered compatriot Ronaldo to their ranks, however the Red Devils subsequently endured a season of struggles.

The midfielder’s dip in form coincided with the arrival of the five-time Ballon d’Or winner, but with Ronaldo having found himself currently cast aside amid his open desire to depart for a Champions League-challenging club, Fernandes appears to have found his feet once more. Embracing the responsibilities which come with donning the captain’s armband, the 27-year-old inspired United to all three points against the Saints on Saturday – just days after putting in an influential display in the much-needed win over Liverpool.

Under Ten Hag, Fernandes appears rejuvenated and back to the player which saw him hailed as a “natural leader” just months after joining from Sporting Lisbon back in January of 2020. Shortly after the midfielder’s Old Trafford arrival, Bryan Robson – the longest-serving captain in United’s history – lauded Fernandes for his leadership, declaring: “I think it helps that he was captain at Sporting.

Man Utd takeover: What Ten Hag has told his players about the Glazers 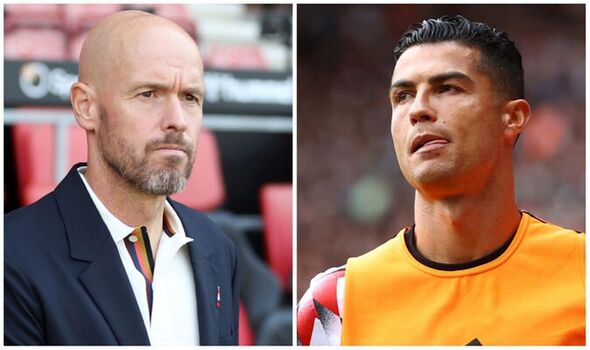 “I just think it’s something that is naturally in you. Bruno looks as though he has got that natural leadership quality, where he demands from his team-mates and that’s good.

“What I do like to see when he’s on the pitch is, even though he’s a forward-minded player, he’s already swivelling and looking over his shoulder, demanding of his team-mates. He’s telling people to push in and have them where he wants them, which is great.” 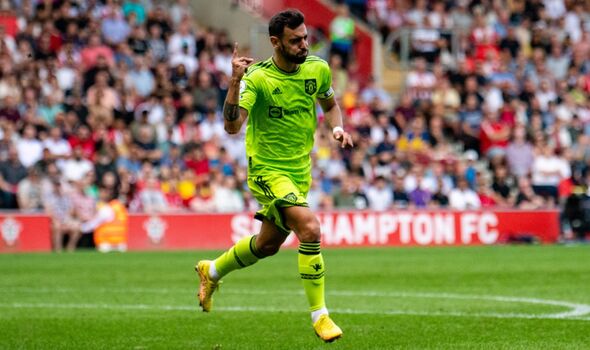 Given all he has achieved within his career, Ronaldo is often held in high regard as one of the game’s greatest leaders, but having failed to inspire United to a top-four finish last season and sought to jump ship at the earliest opportunity in order to satisfy his own individual ambitions, the 37-year-old’s influence has been called into question.

With Ten Hag having largely banished the famed forward to the bench in recent weeks, Fernandes has seemingly flourished as United’s main man once more.

Despite Ronaldo’s desire to depart this summer, Ten Hag has stood by his stance that the player won’t be going anywhere in the current window. However, given Fernandes is flying again while his compatriot sulks on the sidelines, the Dutchman may well be tempted to bow to Ronaldo’s demands for the benefit of his team.

Dejan Kulusevski says working with 'Antonio Conte has been 'wonderful'

Haaland, Jesus, Bella-Kotchap and more: Rating the best and worst of the 2022 summer transfer window