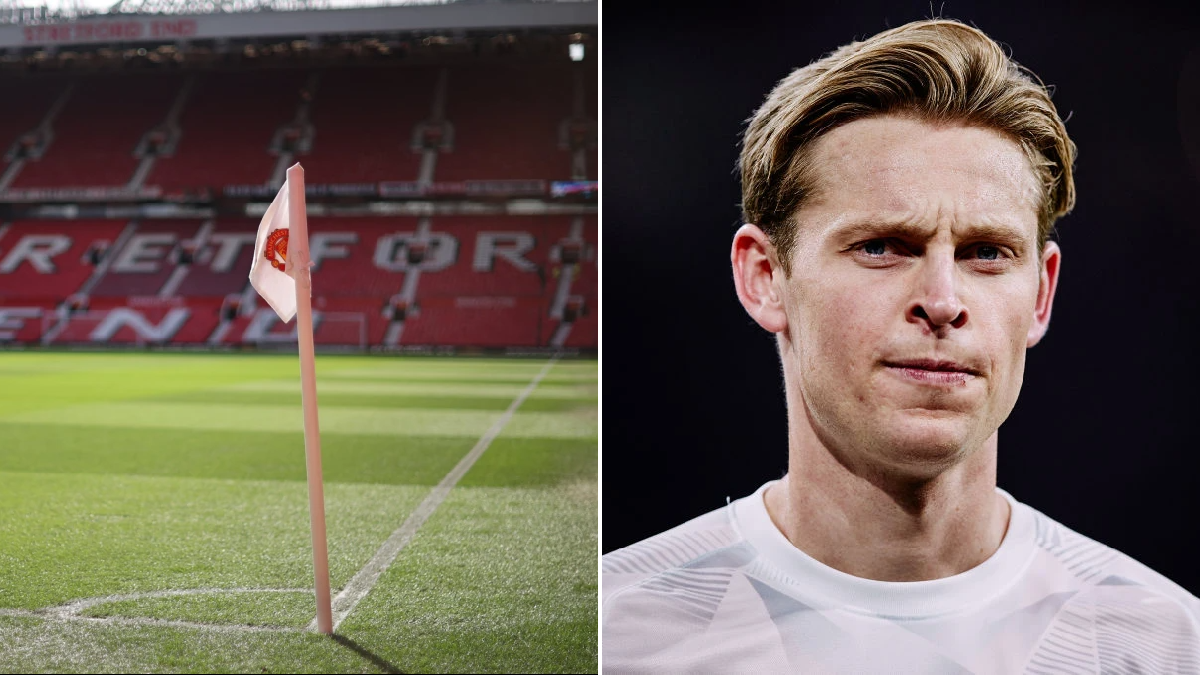 Ten Hag made the decision to end his successful spell with Ajax and sign a three-year deal at United, who finished sixth in the Premier League last season.

Given United’s struggles in recent years, Ten Hag is expected to spend around £100m on new players this summer and wants a new forward, midfielder and two defenders to arrive through the doors at Old Trafford.

The Dutchman has identified his former Ajax player De Jong as a top target, with United currently in talks with Barcelona over a deal for the Netherlands international.

De Jong has established himself as one of Barcelona’s most important players since his £65m move from Ajax in 2019 but Sheringham fears the ‘pace and quality’ of the Premier League could be a ‘shock’ to the 25-year-old.

‘There is a massive recruitment job at Manchester United. Erik ten Hag needs to get players in with the right character and who understand the challenges of playing in the Premier League,’ Sheringham told Lord Ping.

‘Where is he going to find these players? I’m seeing the rumours about Frenkie de Jong. He hasn’t played in the Premier League and has been playing for Barcelona, who are expected to pretty much beat nearly every other team.

‘Many of Barca’s domestic opponents roll over for them throughout the season. That doesn’t happen in the Premier League – every game is a battle.

‘The pace and quality of the league could be a shock to the system for Ten Hag and a player like de Jong. United could have a season of absolute chaos again next year.’

With Manchester United failing to win a trophy since 2017 and falling behind the likes of Manchester City, Liverpool and Chelsea, Sheringham says it is imperative that Ten Hag is backed this summer with a number of new signings.

The former England striker, who won three Premier League titles and the Champions League at Old Trafford, said: ‘United need reinforcements across the pitch. In particular centre midfield, centre forward and on the wings.

‘We’re looking at five or six top players needing to come in. You need players to come in with the right character who appreciate the size of the task and are ready to get United back to where they should be.

‘It’s a massive challenge. From a players point of view, if you were to pick between City or United, then you’re going to pick City every time at the moment.

‘As a player, you want to play with the best players. Top players would love to slot in alongside de Bruyne or any of the world class players City have, the list is endless. They are the champions and they will be challenging for everything next season.

‘When you look at Manchester United, you don’t see that. There isn’t anyone there performing at the moment. it’s such a despairing thought.

‘If Ten Hag goes in there and turns things around, everything can change very quickly.’

Ten Hag’s first Premier League game in charge of Manchester United will be against Brighton on August 7.

Thierry Henry opens up on his mental health struggles