Manchester United hero Louis Saha has insisted there can be no comparison between his former side and Arsenal. Ian Wright recently claimed that, if Mikel Arteta was in charge at Old Trafford, they’d be competing for the Premier League title. But those words appear have triggered a backlash.

Arsenal recently beat United 1-0 at Old Trafford, with Pierre-Emerick Aubameyang scoring the only goal of the game.

The Gabon international scored from 12 yards after Paul Pogba had fouled Hector Bellerin inside the area, giving away a penalty.

In the aftermath of that result, Arsenal legend Wright criticised Ole Gunnar Solskjaer and expressed a belief the Red Devils would be challenging for the Premier League title if they had Arteta at the helm.

Speaking on Wrighty’s House podcast, he said: “Can I just say something, I’m just going to blast it in: If Arteta is managing Man United they are challenging.

“Because, for me now I’ve got to the point where, when you look at the inconsistency of Man United with the components they have, the team that they have, what they should be doing.

“We’re talking about [Paul] Pogba here, World Cup winner, you’ve got [Axel] Tuanzebe who can’t even get on the pitch after marking arguably two of the most exciting and brilliant players in the world. 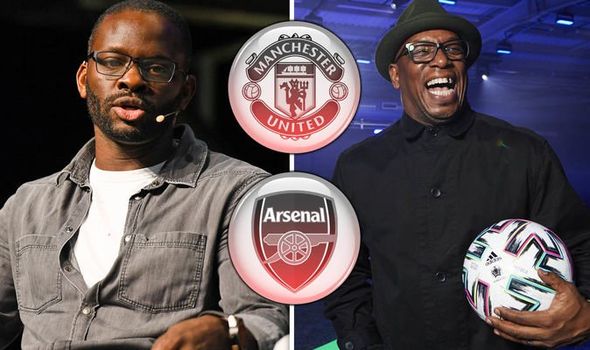 “And you’ve got a manager who, for me, is playing off of vibes, he’s managing off of pure vibes.

“Look at [Mohamed] Elneny, came out of the blue, found him and said, ‘He can do this for me, he can do that for me’. He’s making the parts work.

“And looking at Ole Gunnar Solskjaer, who’s got a Man United team with this [Alex] Telles – I think Telles looks like someone who could do something. 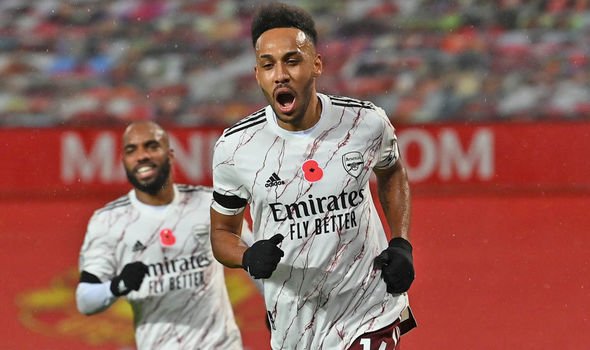 “What they did against Arsenal the other day, for me, for Man United, coming off the back of the two results, was embarrassing.

“Roy Keane was saying the players will get him the sack. It’s not just the players.”

But Saha has now responded and hit out at Arsenal, insisting they can’t be compared to United.

“It is his (Wright’s) opinion. We are all here, we can comment. It’s easy,” he told Stadium Astro.

“We don’t know what it’s like to be at Manchester United in this era. Maybe David Moyes can answer this or Mourinho. When I look at it from an external point of view, I think there is more problem of structure – so, above.”

He added: “If you look at Arteta’s pedigree and the actual results he’s bringing Arsenal. He’s got a different club to manage.

Arsenal and United have both played seven matches this season in the Premier League.

The Gunners have amassed 12 points from those games, whereas the Red Devils now have 10.

DAWN ASTLE: A PFA overhaul is the best thing for football