Manchester United legend Phil Neville could not help but laugh at Ole Gunnar Solskjaer’s furious rant after the match against Everton on Saturday. The Red Devils claimed victory after two defeats in a row but the United boss was fuming that their match was so early after their Champions League clash versus Istanbul Basaksehir on Wednesday.

United managed an essential win on Saturday to keep the wolves from Solskjaer’s door for now following a 3-1 win over Everton.

With the pressure ramping up on the Norweigan after two defeats in a row, this felt like a huge weight had been lifted off everyone’s shoulders at Old Trafford.

Losses to Arsenal and then Istanbul Basaksehir threatened to see the club spin out of control.

And after Everton went a goal up in the first-half, the knives were already out with the spectre of Mauricio Pochettino looming large. 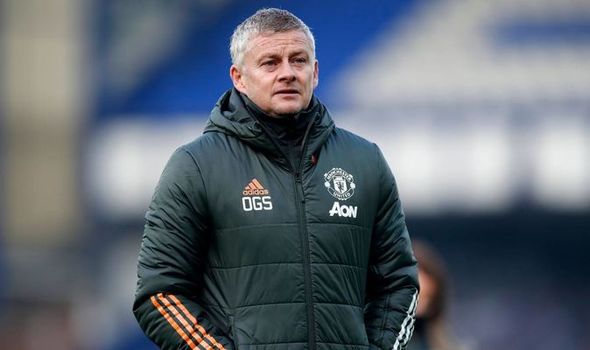 But United responded magnificently, namely through Bruno Fernandes who scored twice to wrestle control of the match away from Carlo Ancelotti’s men.

Then, a cherry to the cake as Edinson Cavani got his first goal for his new club with a finely-executed counter-attack in the dying moments.

With his press conference coming up, many expected Solskjaer to show relief after coming through a tough week,

But instead, the 47-year-old was livid, denouncing the Premier League and BT Sport for arranging their match so early on a Saturday – the first game of the day – so soon after taking on Istanbul Basaksehir in Turkey on Wednesday.

United legend Neville was left shocked by the rant, insisting he had never seen his former teammate that riled up before and chuckling to himself.

Steve Bower, in the studio with him at Premier League Productions, asked what the ex-defender was chortling at.

Neville replied: “Well, it was quite funny wasn’t it? I mean he was angry wasn’t he, him.

“No [I’ve not seen Solskjaer like that] but I can understand what he’s thinking, it is a disgrace. 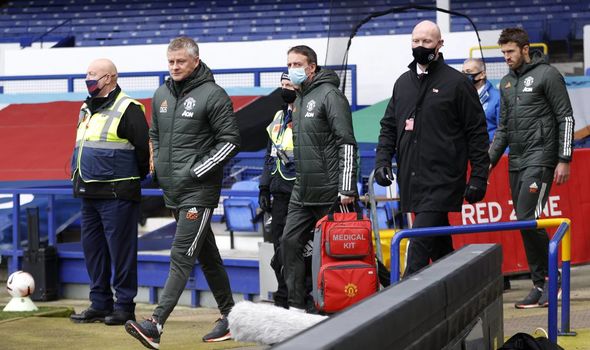 “I know we’re working for the Premier League today but it is a disgrace that they go to Turkey on Wednesday night and then have to play at 12.30 on a Saturday morning.

“That’s not looking out for the best of the player.”

Solskjaer was fuming after the match, lashing out at the broadcasters and the league, stating: “The authorities set us up for fail, who is responsible? We’ve had enough of that.

“Players this season, in these times, a pandemic, mentally and physically it’s draining.

“Let us play on a Sunday, there’s an international break after this, it’s a joke.”

Football: SPL players, match officials to be tested for Covid-19 ahead of Oct 10 target restart