Manchester United have been keen to keep Mejbri under the radar, with Solskjaer and Nicky Butt working together to protect the youngster.

But he’s already popular among fans and has drawn comparisons with the likes of Kylian Mbappe and Matteo Guendouzi for his style of play.

Mejbri arrived from Monaco last summer and, according to Tribal Football, won’t be loaned out by the Red Devils this summer.

And that’s because he’s already so good that they’re planning to fast-track him to the first team.

There were rumours that would happen in January but the signing of Bruno Fernandes from Sporting Lisbon ultimately saw him remain in the academy setup. 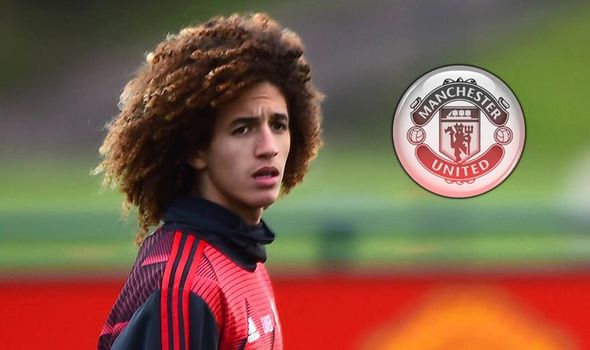 Yet United staff think Mejbri will make his debut next season and could even do so before December, such is his brilliance at youth level.

It’s also claimed in the report that United tried signing the youngster when he was just 11 and 12 years old.

Half of Europe supposedly coveted the 17-year-old but it was the Red Devils who won the race, wooing his father Lofti Mejbri

Arsenal allowed him to visit their training ground while he was still on the books of Paris FC and Barcelona and Manchester city supposedly wanted him.

United will now be hoping their rivals’ loss is their own gain and it seems Mejbri will be jostling with Fernandes, Jesse Lingard and Juan Mata for a starting role soon enough. 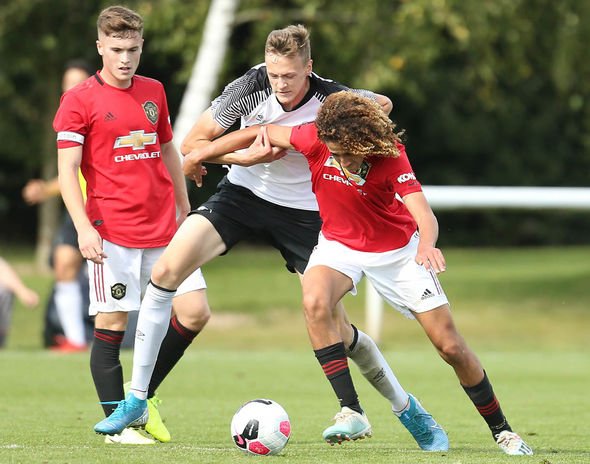 Meanwhile, France U16 coach Jose Alcocer has lauded Mejbri and believes he will reach a ‘very high’ level throughout the course of his career.

“Hannibal is an obvious one,” he’s quoted by the publication as saying. “He stands out from the crowd.

“He also has a big and beautiful personality who is already used to this environment. There are many expectations around him and he confirms them.

“He has all the qualities to reach a very high level.”

United U18s coach Neil Ryan lauded Mejbri for the promise he’d shown at the club so far when speaking earlier in the year.

“He’s working very hard and like every young kid in the club, he is learning still and we are seeing some really positive things from him on the pitch.

“He is part of a group of boys who are trying to push on and develop.

“They are all at stages in their career and it’s not just him. It’s a group of 28-30 players. He is one of a number of boys we have high hopes for.”