Manchester United goalkeeper Dean Henderson has been offered a huge wage increase to stay at the club amid interest from Chelsea, and could be prepared to cut a deal with the club to oust David de Gea before too long. According to Ian McGarry from the Transfer Window Podcast, Henderson could become the club’s first-choice goalkeeper for pre-season before having the chance to prove himself in the league.

Henderson is facing an uncertain future at Old Trafford.

The youngster shone on loan at Sheffield United in two seasons, and has returned to the Red Devils as one of the best goalkeepers in the league.

Henderson is under contract until 2022, meaning United could be faced with having to sell him next summer if they don’t tie him down to a long-term extension.

Chris Wilder is desperate to take him back to the Blades, but United are said to be unwilling to let him go out on loan again. 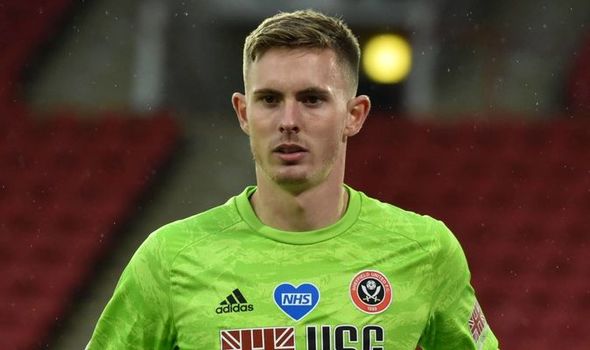 Chelsea are also interested in the youngster as Frank Lampard plots a replacement for Kepa Arrizabalaga.

The player himself is reluctant to return to Old Trafford if he’s going to be playing second-fiddle to De Gea, and has been tipped to leave to get first-team football.

But according to McGarry, Henderson is close to agreeing a new deal at United, and could end up becoming the club’s first-choice for pre-season with a view to ousting De Gea.

He explained the situation on the Transfer Window Podcast, and revealed that he is in line to get a huge wage increase.

“We’ve received information this morning that Henderson’s agent is in talks with Manchester United regarding a new contract,” McGarry said.

“He’s currently on around £12,000-per-week, not very much really when you consider Manchester United’s top earners.

“Henderson himself wants to play first-team football, he doesn’t want to come back to Old Trafford as a number two to David de Gea. 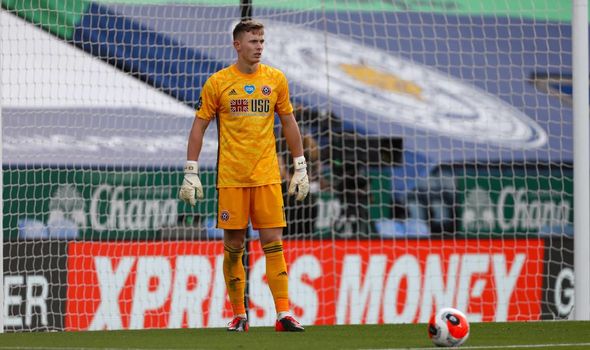 “However, Ole Gunnar Solskjaer is unwilling to make Henderson his first-choice.

“It’s now up to Henderson to decide whether he wants to sign that contract and take his chances, although it’s being discussed that he would be open to returning to United as their number-one for pre-season, and if he’s not good enough, he’ll be happy to fight it out with De Gea.

“This entire situation is complicated by Manchester United’s interest in Peter Schmeichel’s son, Kasper, of Leicester City. Solskjear sees him as a ready-made number-one for United, and he could easily allow Henderson to go on loan, with Schmeichel a credible competitor to De Gea as number one for the jersey at United.

“But with Henderson, it would a much cheaper [option], and in Henderson’s case a younger case of bringing in a player who has proven himself out at Sheffield United.”