New footage has emerged showing a group of Manchester United fans being allowed to enter Old Trafford – where supporters staged a protest on the pitch which led to the postponement of the game against Liverpool on Sunday.

The video shows protestors entering the ground unchallenged. A source at Manchester United has told Sky Sports News that the video was taken some time after the initial breach of the stadium – at which point stewards had been told to adopt a non-confrontational approach.

Sky Sports News has also seen separate footage – which cannot be broadcast for legal reasons – that does show fans forcing entry after climbing a gate at the end of the Munich tunnel – before opening another door and allowing fans to access the concourse and the pitch.

On Monday, the club said reports that protestors accessed Old Trafford on Sunday via a side gate opened by club staff were “completely incorrect”.

The club also said demonstrators gained access to Old Trafford by breaking through barriers and security, before climbing gates and forcing access via a side door. They also say the door of a disability access lift was broken. 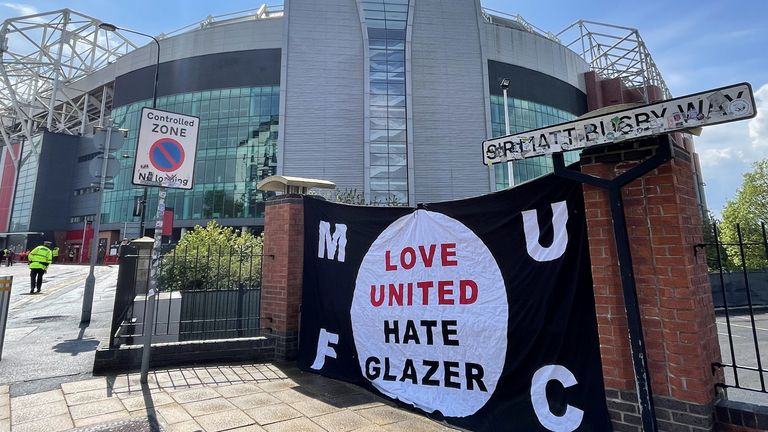 Greater Manchester Police has said 12 of its officers have so far been identified as injured, while one man has been charged with throwing fireworks in a street, use of threatening behaviour and wilful obstruction of the highway, following the demonstrations at Old Trafford and outside the Lowry Hotel in the city centre where United’s players were staying before the game.

Sunday’s game, originally scheduled to kick-off at 4:30pm, was postponed because of the protest against the Glazer family’s ownership, with a new date for the fixture to be played yet to be announced. 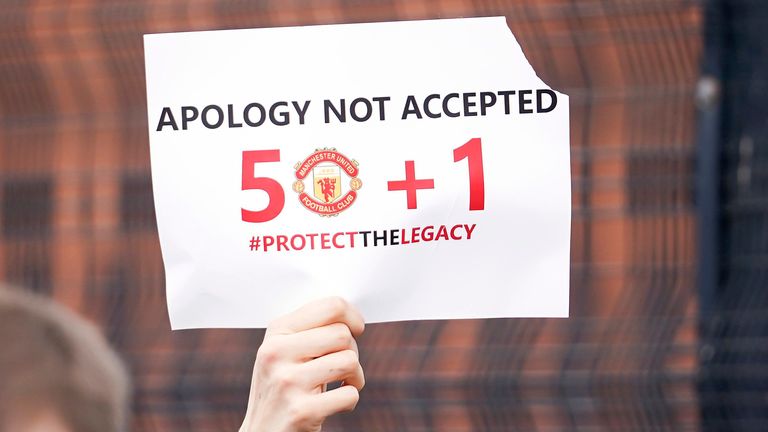 When could Man Utd vs Liverpool be played?

The Premier League is investigating events at Old Trafford on Sunday. League rules state that a club staging a game has to provide a secure environment for players and officials.

A commission of enquiry can be set up which would have the power to impose a fine or a points deduction.

FA rules stipulate that a club is responsible for the behaviour of its fans and English football’s governing body can launch a regulatory commission that could impose a fine, suspend a club, or close a stadium.

The Premier League is working to find a date for the re-arranged fixture but the situation is complicated because United are playing a match during every midweek until the end of the season.

They have five games in the next 20 days – six in 23 if they reach the Europa League final. The Premier League season has to end on Sunday, May 23, with all games kicking off at 4pm.

The only slot United have free is on the weekend of May 15 and 16, but Liverpool are due to play West Bromwich Albion on Sunday 16 May.

One solution could be for West Brom versus Liverpool to be moved to Wednesday, May 12 so that Manchester United against Liverpool could be played on that Sunday.