Manchester United have made Sevilla star Jules Kounde a top target in the transfer window as Ole Gunnar Solskjaer desperately searches for a new centre-back. However, Ed Woodward and co. are refusing to fork out his release clause.

United have decided against signing Kounde this summer as they do not want to meet his release clause.

The Frenchman has been tipped as one of the best up and coming defenders in Europe after two stellar years at Sevilla.

At just 22, scouts have been wowed by his defensive prowess but also his ability to bring the ball forward.

A whole host of clubs are interested in his services including Real Madrid, Paris St-Germain and Liverpool. 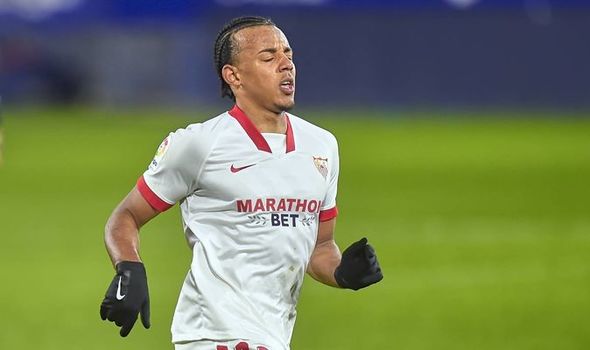 But United were the favourites to snap him up with Solskjaer desperate to bolster his defence.

However, according to the Daily Mail, the Red Devils are not willing to fork out his extortionate release clause.

That currently stands at £68m with Sevilla unwilling to budge, which indirectly lead to Manchester City signing Ruben Dias as they were also looking at the former Bordeaux star.

With a big summer ahead with several targets in mind, Solskjaer is keen on bringing in a defender, a striker, a winger and potentially a right-back.

As well as Kounde, the likes of Erling Haaland, Jack Grealish and Max Aarons have been linked.

Nikola Milenkovic has also been strongly linked to the Red Devils with Fiorentina willing to sell for a much-lower price.