Manchester United are closing in on a deal to sign Jadon Sancho from Borussia Dortmund this summer, and are attempting to put in two specific add-ons in the transfer deal. According to The Sun, United will pay Dortmund additional fees if they win the Premier League and Champions League.

Sancho appears to be just days away from returning to the Premier League.

The English winger has been the subject of speculation throughout the season, with Ole Gunnar Solskjaer desperate to sign the star.

Dortmund are still playing hard-ball over the transfer agreement, despite the player reportedly agreeing personal terms.

The transfer fee is set to be £108million, though the Red Devils won’t pay that outright. 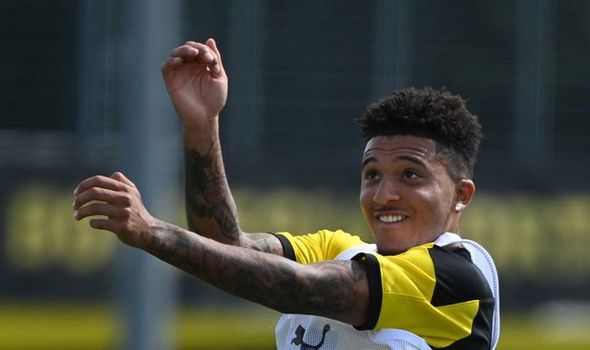 Instead, they’ll pay an initial deposit before paying the rest in instalments.

United chief Ed Woodward is apparently using one specific tactic in order to keep the transfer fee down, by agreeing to pay part of the fee if they win the Champions League and Premier League.

United qualified for the Champions League by finishing third in the Premier League this season, though they finished the campaign 33 points behind the champions – Liverpool.

Solskjaer is expected to spend big in the upcoming window to try and bridge the gap, and could dip into the market after sealing a deal to sign Sancho.

The Dortmund winger already has the backing of former defender Gary Neville, who described the youngster as a “big talent”.

He said to the Gary Neville Podcast: “Manchester United need a right winger. He’s a big, big talent, honestly he really is.

“I always think, particularly as a wide player, what would I have not wanted to have played against?

“The first thing is pace. And then you’ve got to think about, can he use his pace? Well yes he can, because he makes really good quality runs: the spin in behind, straight, but also the run inside in between full-back and centre-back – which I always think is the most difficult to mark. 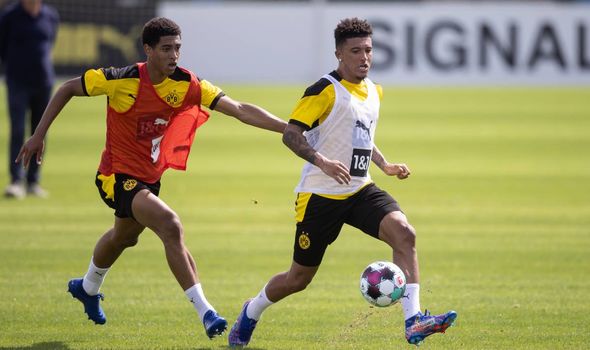 “And then you think, well has he got quality on the ball? Could you just left him have it? Sometimes you’ve got quick players, let him have the ball.

“But when you let him have the ball, he can get it out of his feet and whip ridiculously good crosses in. So that’s when you’re thinking about the fact that you’ve got a real problem, as a full-back.

“Because if I get tight, he’s going to spin in behind me. If I drop off him, he’s just going to get an easy cross in and you can’t win.

“That’s where sometimes you’ve just got to hold your hands up as a full-back and – I’ve said it many, many times – don’t be embarrassed about asking for help. If the player that you’re playing against is special and he’s causing you too many problems.”

‘Am I fat?’ Isco takes to Instagram to ask fans if he’s overweight