Bruno Fernandes could reportedly prove key in Manchester United’s pursuit of Leeds winger Raphinha with the attacking midfielder still in ‘daily contact’ with his former Sporting team-mate. The pair formed a unique bond during their time together in Lisbon and remain great friends, with United now expected to target the Brazilian.

The tricky wideman arrived at Elland Road from Stade Rennes last summer for a fee in the region of £17million.

He had spent just one year in France following his departure from Sporting, where he played alongside Fernandes at the Jose Alvalade Stadium.

Raphinha has adapted impressively to his surroundings having caught the eye as soon as he was fed into Marcelo Bielsa’s side.

The Leeds boss was reluctant to throw him straight into his team and Raphinha spent some time with the club’s under-23s before making his senior debut. 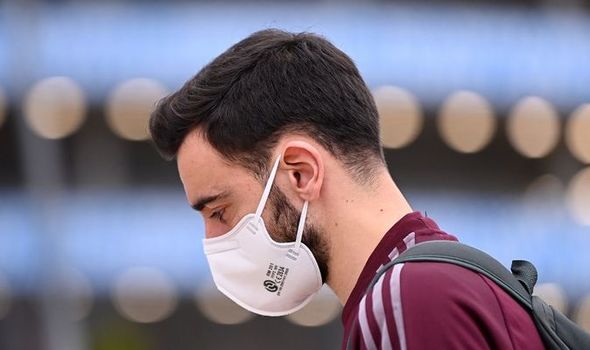 Since then, he hasn’t looked back having scored five and assisted five in the Premier League this season.

Now United and Liverpool are among the clubs to have taken an interest in his performances, as both weigh up a summer transfer.

Brazilian outlet UOL claim that Fernandes’ relationship with Raphinha could prove key should United try and land the 24-year-old.

It’s claimed that the duo speak on a daily basis and that the Red Devils have launched an enquiry for the Whites’ star man.

The United talisman has previously laid on record his admiration for his former colleague.

“Raphinha, I miss Raphinha,” Fernandes told Top Mercato in December 2019. “He’s a player with whom I had a different chemistry from the others. He understood me at a glance.

“He knew, according to the movement of my body, where I was going to put the ball to him.

“I also miss him because he brought joy to the locker room. He’s also a responsible and hardworking person.” 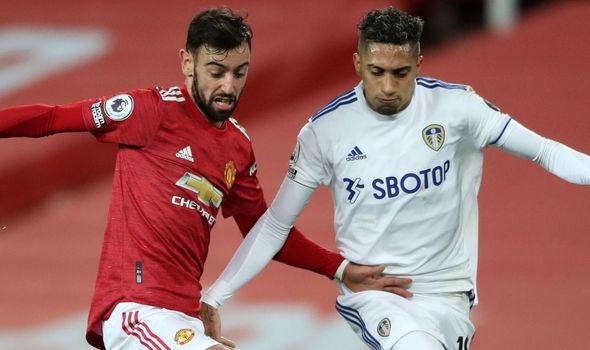 Leeds’ Director of Football Victor Orta has since dismissed speculation regarding Raphinha, labelling the reports as “clickbait”.

“To be clear, we have not had any approach for Raphinha and we would not welcome one,” he told BBC West Yorkshire.

“It’s only for clickbait and to create business for the websites.

“We are really happy and we believe he’s a player that’s a substantial part of the project, and more now when there’s still a lot of things to do.”