Manchester United may have to move quickly if they’re serious about replacing Ole Gunnar Solskjaer with Mauricio Pochettino. The Argentine coach has been out of work since being sacked by Tottenham a year ago.

Throughout his time away from management, there has been constant speculation linking him with taking over at Old Trafford.

United officials have chosen to stick with Solskjaer and are seemingly backing the former striker to turn results around.

Rio Ferdinand revealed at the weekend that United are not currently searching for a replacement.

“The news coming out of the club to my ears is that they’re not looking,” he said on BT.

JUST IN: Luke Shaw hamstring injury rules out Man Utd star for up to six weeks 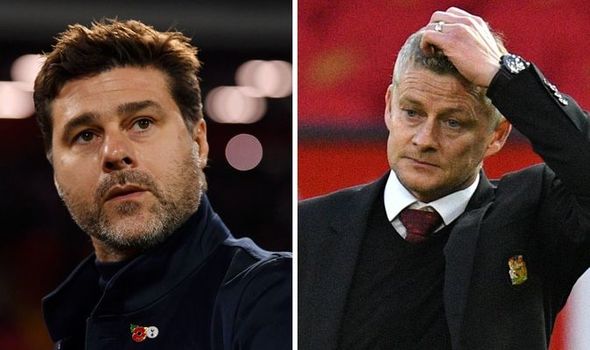 “They’re not searching for a replacement. They’re very much behind Ole.

“They’re invested in terms of recruitment for him and and they want to let him see that out.”

But Pochettino may not be on the market for long with a host of clubs interested in bringing him in.

Real Madrid and Paris Saint-Germain have long been linked with Pochettino with Thomas Tuchel in particular coming under increasing pressure at the Ligue 1 club.

However, Marca claim Pochettino is now a top target for Athletic Bilbao, who are looking to replace Gaizko Garitano after a poor start to the season.

It is claimed their interest is very real, despite the acknowledgement that Pochettino will demand a high wage.

And the report goes on to cite Pochettino’s previous comments on Bilbao, suggesting he would consider an approach. 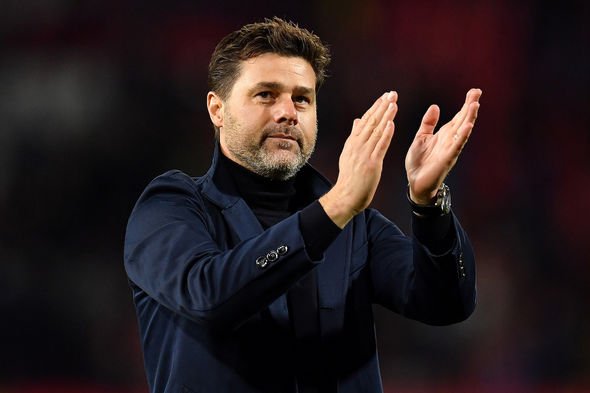 “Athletic is an exciting role model, which generates enormous respect for everything that they represent,” he is quoted as saying.

“The merit that Athletic has is enormous, with a commitment that reaches the limits.”

United are fast approaching a decisive point in who they want as manager of the club going forward.

They’ve indicated on numerous occasions that Solskjaer is their man to take United back to the top of the table, but rumours will continue to persist with Pochettino still available.