Sporting boss Silas has confirmed that Bruno Fernandes will be playing in the Derby de Lisboa against Benfica on Friday, barring a dramatic turn of events. That means Manchester United will not be able to sign him in time to face Liverpool on Sunday, a proposition that had begun to excite Red Devils supporters.

The Primeira Liga club have been desperate to hold off talks for Fernandes this week, so that he can play in one of their biggest matches of the season this Friday.

He is then expected to depart for Old Trafford before next Wednesday when Sporting take on Braga and Manchester United play host to Burnley, a match which could prove to be his debut.

Sporting manager Silas has confirmed that Fernandes will play against Benfica, in what could be an emotional farewell.

For that reason, the Sporting captain will want to turn in a performance that leaves a lasting impression behind in Lisbon.

JUST IN: How Man Utd could line up after Bruno Fernandes and other January transfer deals 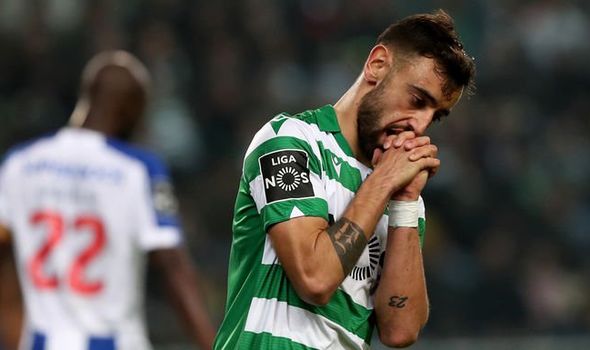 “The only certainty I have is that Bruno Fernandes will be present,” Silas said.

“We prepared the game with him and trained very well. He is an extraordinary player, the best and most valuable in the league, as he was last season.

“I’ve heard someone say that it’s not worth the money you are talking about and it’s true, it’s worth a lot more.

“In addition to attacking better than anyone in our country, still gives the most to defend. There is no player in Portugal who does what he does. 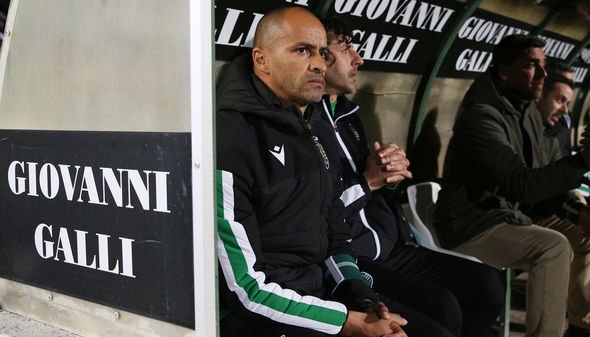 “When we have such an athlete it is normal for a lot of teams to want it, but I think tomorrow will be there unless disaster strikes.”

United are believed to have agreed personal terms with the 25-year-old and are now banking on Jorge Mendes to broker the deal.

The super-agent was in the director’s box at Old Trafford on Wednesday to watch United beat Wolves 1-0 in the FA Cup.

He is now set to propose United’s offer to Sporting, who are now resigned to losing Fernandes after encountering financial difficulty.

United are poised to pay £60million upfront plus variables, but will not be sending any players on loan to the Jose Alvalade Stadium.

Old Trafford chiefs had discussed the prospect of sending one of Angel Gomes, Joel Pereira or Marcos Rojo the other way.

Sporting’s preference was to borrow Andreas Pereira for the rest of the season, but he is deemed as a valuable member of Ole Gunnar Solskjaer’s squad.

Fernandes had been linked with a move to United last summer, but the Premier League club were adamant that they were never in for his signature. 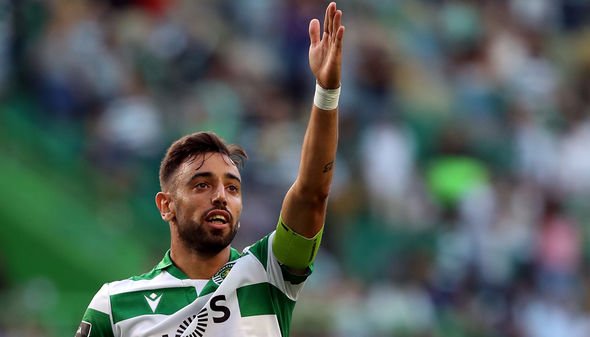 The same cannot be said about Tottenham, who tabled a bit worth around £58m which was rejected by Sporting because of doubts over the add-ons included in the package.

Solskjaer has Scott McTominay and Paul Pogba sidelined through injury and is therefore in need of more options in midfield.

The Norwegian is also believed to be exploring the possibility of signing a midfielder on loan for the rest of the season.