Aston Villa have a decision to make on Jack Grealish this summer after avoiding relegation, but if they opt to sell then Rudy Gestede has backed the midfielder to make the jump up to a Champions League squad with Manchester United among those interested in him. There was plenty of speculation linking Grealish with a move away from Villa Park with Villa facing relegation from the Premier League.

Multiple reports suggested Grealish had made his mind up to move on whatever the outcome.

Villa ended up surviving on the final day of the season after drawing 1-1 with West Ham.

Now Villa face a decision on whether to try and build around Grealish for their second consecutive season in the top flight, or sell up.

A number of clubs have been interested in the boyhood Villa fan, but United appear to be his most likely suitor.

JUST IN: Solskjaer receives boost with Alexis Sanchez sale to be completed 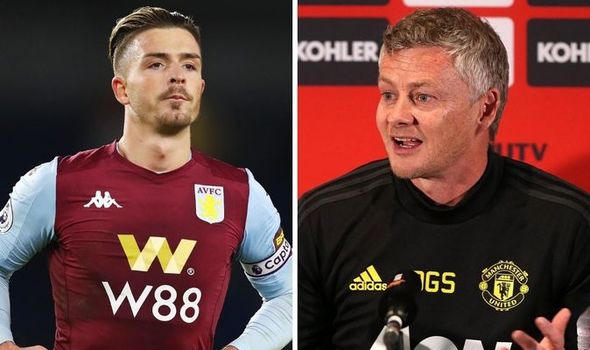 Having survived relegation though, Villa have a stronger position from which to negotiate.

And it has been suggested that they won’t let Grealish go for cheap with three years remaining on his contract.

The 24-year-old may may feel though now is the right time to make the step up to a team playing in Europe.

United secured their place in next season’s Champions League on the final day of the season and Gestede, who spent two years at Villa, believes Grealish would thrive at such a club.

“He was talented when I was there. He was a young player with a lot of potential, and in the last few seasons, he’s shown he’s got the shoulders to carry it,” he told talkSPORT.

“Now he’s the captain of the team, so he’s got a bit more responsibility and he’s dealt with it very well.

“He deserves to be in the spotlight. He deserves a call from England probably very soon.

“I think there’s two choices: the first choice, to build Aston Villa with Jack Grealish as the main guy and to make sure they spend money on good players to get Villa back to where they should be. 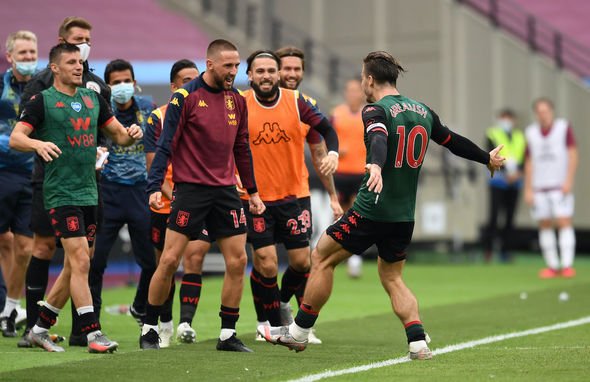 “Or, Jack Grealish could choose to leave to a bigger team because he doesn’t want to wait too long to build something, and he wants to play in the Champions League straight away. I think he’s got the quality for this.

“It’s not an easy to decision. The club have got a contract with him and they’ve got to decide if they sell or not.

“I’ve just read that they’ve put a very high price for him and it could be difficult to move for him.

“He’s got the ability and the talent to play in the Champions League, so that’s where he belongs.”