Aston Villa captain Jack Grealish would welcome a move to Manchester United this summer. The Red Devils are eyeing the 24-year-old, who was instrumental in keeping Villa in the Premier League last time out.

However, with United and Dortmund currently miles apart in their valuation of Sancho, the Red Devils could up their interest in Grealish.

However, the Mirror say Grealish would welcome a move to Old Trafford this summer. 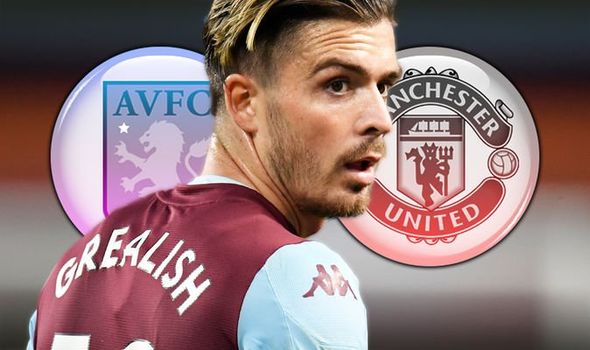 The playmaker will hold crunch talks with Villa chief executive Christian Purslow when he returns from holiday.

Villa are demanding £80m for their talisman, who has three years remaining on his contract.

And Grealish wants to know that Villa will not immediately reject any interest from the likes of United or Manchester City this summer.

It’s understood Grealish feels he would have been allowed to leave Villa Park in a cut-price deal if the midlands club were relegated to the Championship. 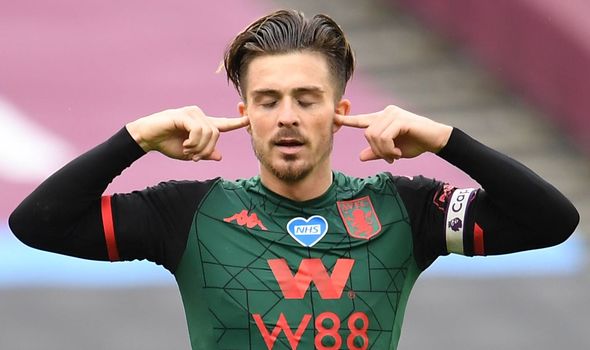 Grealish’s heroics last season, which saw Villa stay up, could cost him a dream move to a Premier League title challenger.

Villa are hoping to tie down their star man with improved terms.

Villa’s owners, Nassef Sawiris and Wes Edens, have the financial power to keep the attacking midfielder.

Grealish could see his current £65,000-a-week wage trebled if Villa can fend off the likes of United.

Dean Smith was asked about Grealish’s future after they avoided relegation, with the Villa boss admitting he remains hopeful of keeping his key man.

When asked whether Villa can keep Grealish, Smith said: “No idea. Like I said, I’ll get drunk with him I’m certainly hopeful. He’s contracted for another three or four years I think.

“I’ve said many times before, we’ve got billionaire owners and, for clubs to get the best players, they cost an awful lot of money.

“He’s an Aston Villa fan and he’ll be immensely proud he scored the goal today because he managed to keep us in the Premier League.”