Benjamin Pavard shows off his speed and agility in training

Manchester United are not interested in signing Bayern Munich defender Benjamin Pavard, according to reports. Pavard is claimed to have been offered to both Chelsea and United but the Red Devils are not keen.

Chelsea are in the market for defenders this summer and have already missed out on Jules Kounde to Barcelona. Presnel Kimpembe and Nathan Ake look set to be staying at Paris Saint-Germain and Manchester City respectively.

Pavard, who can play at right-back and centre-back, has emerged as an option for Thomas Tuchel’s side. But the same cannot be said about United.

German outlet Sport 1 claims both Chelsea and United have been offered the France international. However, United do not view him as an option in this window. 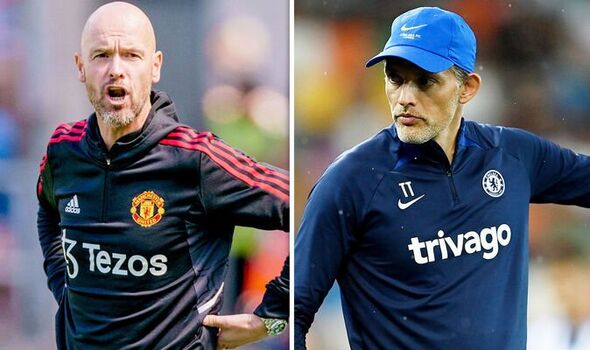 Erik ten Hag already has two right-backs in his squad in Diogo Dalot and Aaron Wan-Bissaka. He is also well-stocked at centre-back, with Lisandro Martinez adding to his options in that position.

The report claims Bayern are not certain whether they want to sell Pavard this summer or not. But his advisor Joseph Mohan is looking at different options for the 26-year-old.

Pavard scored for Bayern in their German Super Cup win over RB Leipzig on Saturday evening. He has two years remaining on his contract at the Allianz Arena.

Pavard could cover a couple of positions at Chelsea if he were to join. He could slot in at right wing-back but also as the right centre-back in Thomas Tuchel’s preferred back three formation. 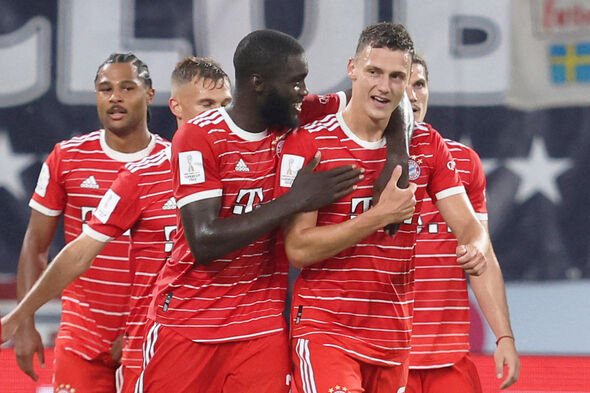 Kalidou Koulibaly is the only defender the Blues have signed this summer following the departures of Antonio Rudiger and Andreas Christensen. Tuchel has made it clear he wants at least one more player in that position.

Meanwhile, United suffered defeat to Atletico Madrid in their penultimate friendly of pre-season. It was a feisty affair in Oslo, where Fred was sent off for Ten Hag’s side.

The Dutchman was happy with his team’s display but felt they deserved more from the result. He said: “The team’s performance was really good.

“The score is not good. We created a lot of chances to score at least one goal, but we didn’t score.

“I’m not satisfied on this point and I said it to the team, it is not acceptable.”

Toby Alderweireld expects to be Tottenham player for 2019-20 season