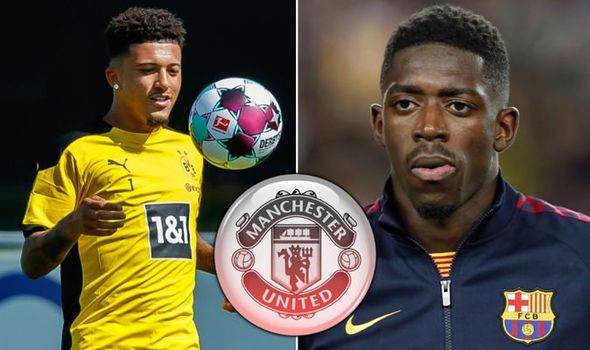 Manchester United have made Jadon Sancho their top target this summer but are finding it difficult to react a compromise with Borussia Dortmund for the winger – with a number of potential alternatives to the England international now being linked.

The Red Devils are unwilling to meet Dortmund’s valuation of the 20-year-old, which stands at in excess of £100million.

Despite Sancho’s obvious potential, United are refusing to budge and the stall in negotiations has led the Bundesliga heavyweights to categorically rule out any exit.

Dortmund sporting director Michael Zorc said: “We plan on having Jadon Sancho in our team this season, the decision is final. I think that answers all our questions.”

With it looking as though United will be embroiled in negotiations for the rest of the summer if they are to land Sancho, they have been linked with a number of cheaper alternative signings.

Among them are Barcelona wide-man Ousmane Dembele, 23, and 29-year-old Juventus winger Douglas Costa. 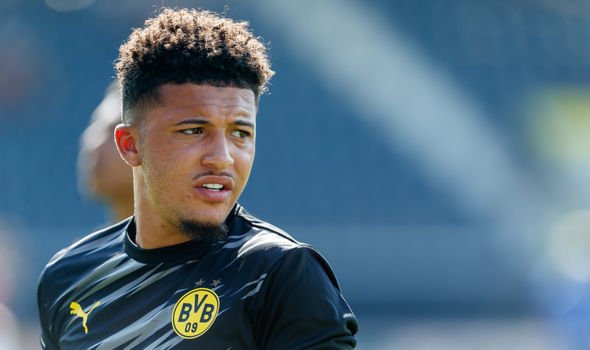 Both are far from sure-fire starters for Barca and Juve respectively but would offer high-quality for competition for Mason Greenwood down the right flank, with Anthony Martial, Marcus Rashford and Bruno Fernandes making up the rest of the front four.

Yet ESPN expert Gab Marcotti doubts whether United have any interest whatsoever in a deal for Costa, whose standards have slipped somewhat at Juve since starring for Bayern Munich.

Brazil international Costa also turns 30 in September and would command a significantly salary, given he reportedly earns close to £200,000 a week at the Allianz Stadium, but would be much cheaper than Sancho and Dembele.

But Marcotti also warns that any deal to sign Dembele, who cost Barca around £135m when he joined from Dortmund in the summer of 2017, would be an expensive one.

The World Cup-winning Frenchman rakes in over £200,000 a week at the Nou Camp and Barca would be keen to recoup as much money as possible this summer with the attacker still under contract until 2022. 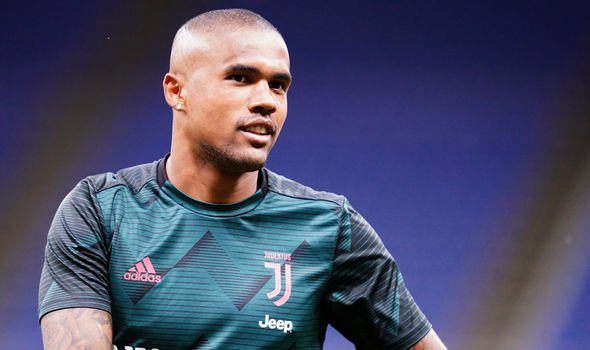 Marcotti told ESPN FC: “Douglas Costa and Ousmane Dembele, both of these smack of clubs saying, ‘I’d love to get rid of this guy, get some cash in’, and get their wages off the books in Douglas Costa’s case.

“‘Who do we know who has money? Oh look it’s Manchester United.’ I think it’s intermediaries trying to create deals.

“The reality with Costa is if they wanted him, they could have signed him a couple years ago.

“I’m not sure he’s necessarily someone who’s going to grow with that front three given his age profile.

“The best possible scenario for Barcelona is if they bring someone in, Dembele gets loaned somewhere.

“I think it’s going to be very, very hard to shift him.

“He cost an absolute mint so the residual value on the books of Barcelona is still going to be very, very high.

“Unless it’s a crazy sum they’re going to lose money and one thing Barca need to do is balance the books right now.” 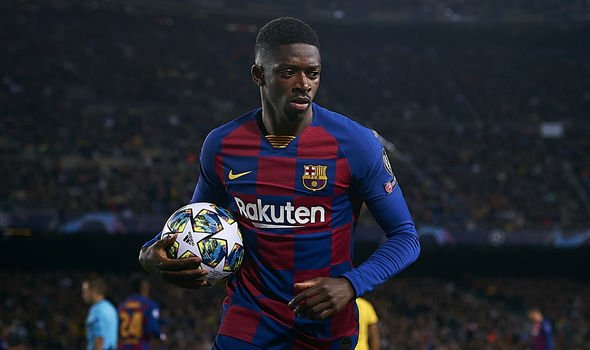 ESPN have reported that Dembele would be a top target if a deal cannot be brokered for Sancho and say that informal talks have been held between the two parties.

Barca are expected to be open to offloading Dembele, who has endured a host of injury troubles during his three-year stint in Catalonia.

It’s claimed that United and Barca held talks about an initial season-long loan with an obligation to buy although the interest did not materialise into a formal approach.

ESPN say Dembele would have to be convinced of a move to Old Trafford and that Sancho remains their first choice option, though any deal may come down to the former Manchester City trainee looking to force a move – which it has been said he is unlikely to do.