Marcus Rashford feels he is just seven steps away from something “special” as Euro 2020 fast approaches. The Manchester United and England star has been a national hero for his fight against the government over free school meals and for leading the battle against child poverty during the pandemic.

But the 23-year-old admits his first love has always been football and if he can help England win the European Championships at Wembley next month it can only increase his powers to do more good in the country as a whole.

“We will take it game-by-game,” Rashford said. “It’s seven games to do something special for your country.

“Football’s important to me. From when I was kid I’ve always dreamed of playing football. It’s always been on my mind and it’s put me in a positon to do what I’ve been doing this last year.

“But nothing changes in terms of football, I’m still hungry and determined to win things and win trophies.

“As long as that stays, there’s not an issue with doing the other things as well.” 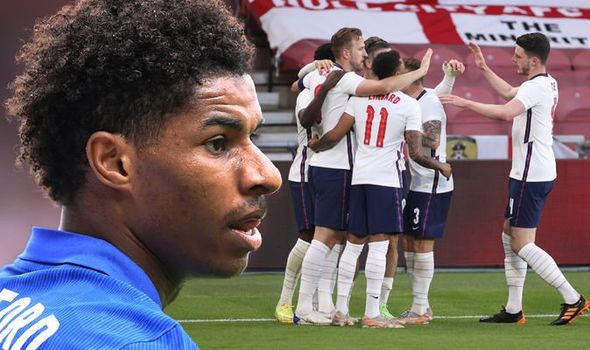 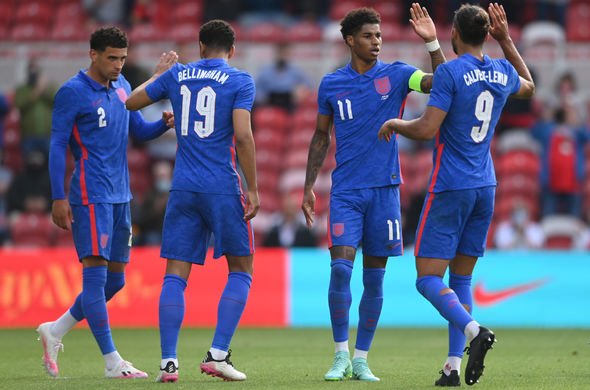 Without elaborating, Rashford even said he feels the whole squad is better set-up mentally to go into the tournament than his two previous squads were.

Fears of hooliganism and general security concerns overshadowed the build up to both Euro 2016 after the Paris bombings and the more alien culture of Russia in 2018, this time the players have a clear run at things.

“In the past there’s been too many I’d say outside influences but for this tournament I feel the camp is very relaxed but also determined and focused,” Rashford continued.

“It’s just about doing that as consistently as we can. I think everyone’s got a clear mind.

“Hopefully we can bring the best version of England to that tournament. If we do that, I have confidence in the team, the squad, the manager and the staff.”

Captaining the side against Romania on Sunday was the perfect pick-me-up for missing out in the Europa League final with United against Villarreal the previous week.

Southgate rang Rashford to check on him a couple of days after that disappointment, but he need not have bothered.

“He rang me, just doing the things he’d normally do,” Rashford said. “We had obviously had a disappointing final and he gave me a couple of days to think about things and regroup mentally.

“When we had the chat I was more than ready mentally to join the team and get training again.

“When you lose a final you want to play the next game as quickly as possible.

“Football’s like that – there’s a lot of ups and a lot of downs and for me the best way to recover from a big down such as losing a final is to get back amongst the team and play the next game.

“For me nothing changes. I’m a person who wants to give their all for club and country and I’ll continue to do that. It’s as simple as that.”

Ferdinand raves about effect Bruno's signing has had on Pogba