Report as Dortmund were minutes away from a draw in first leg after Marco Reus equalised Kevin De Bruyne’s opener; Phil Foden capped a fantastic display with a late winner as Man City take slim advantage into second leg 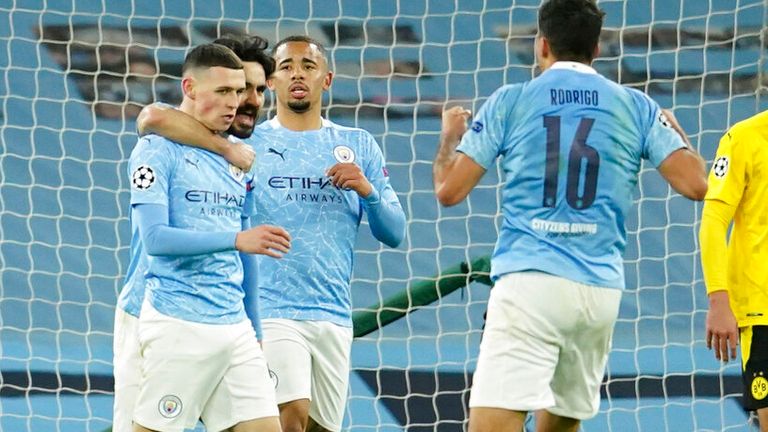 Phil Foden shone and scored a late winner as Manchester City ran out 2-1 winners over Borussia Dortmund in the first leg of their Champions League quarter-final tie.

Pep Guardiola has never made it past the last eight in the Champions League with City and this looked set to be another frustrating night when Marco Reus equalised with six minutes left, cancelling out Kevin De Bruyne’s first-half opener.

However, Foden, who was preferred from the start ahead of Raheem Sterling, popped up with a crucial goal as the clock approached 90 minutes.

Dortmund bravely pressed City at every opportunity in a superb game. Jude Bellingham had a goal controversially chalked off for a soft foul on Ederson after the goalkeeper had dallied on a back-pass, while Erling Haaland was denied by Ederson after showing immense strength to get through one-on-one in the second half.

City hold the advantage though going into the second leg next Wednesday in Germany. 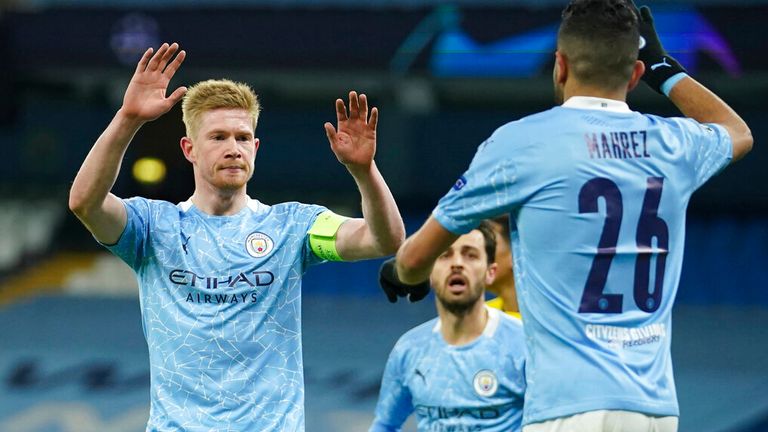 Guardiola’s side are back in action on Saturday for the early kick-off vs Leeds (12.30) before the second leg next Wednesday in Dortmund. The Germans play Stuttgart on Saturday as they look to improve their position in the Bundesliga.

Pione Sisto 'drove 1864 MILES from Spain to Denmark during lockdown'