Worth the wait for Mr Whippy! Manchester City’s star midfielder Ilkay Gundogan is flourishing after being unshackled by boss Pep Guardiola… and he takes on former club Borussia Dortmund on Tuesday night

Ilkay Gundogan’s importance to his manager was evident before the German even set foot in England.

Not only was he the first signing of Pep Guardiola’s reign, Manchester City bought him injured.

Not just a niggle, either. Gundogan dislocated a kneecap playing basketball before Euro 2016. He feared the £20million move from Tuesday’s opponents Borussia Dortmund would be off but Guardiola was having none of that. The City boss called him to offer reassurance and told Gundogan to get himself to Manchester. 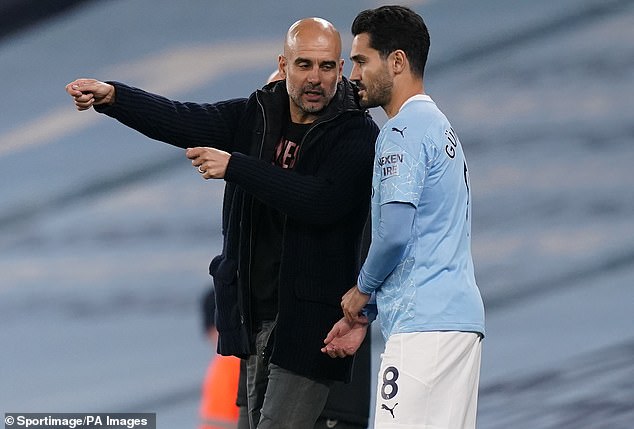 Guardiola had attempted to land Gundogan while at Bayern Munich and made clear to City sporting director Txiki Begiristain that they really needed him in the months prior to arriving as Manuel Pellegrini’s successor.

Gundogan did not make his debut until September and found a groove before rupturing his anterior cruciate ligament three months later. Again, City and Guardiola waited. The Germany midfielder was missing for 276 days.

On Tuesday night, he will line up against his former employers for the first time. Gundogan is 30 now, his story one of perseverance. He is City’s surprise top goalscorer with 16 this season, and staff are pleased that he is finally earning plaudits.

In the Premier League, of those to have found the net more than 10 times, only Harry Kane and Mohamed Salah have better goal-per-minutes records. 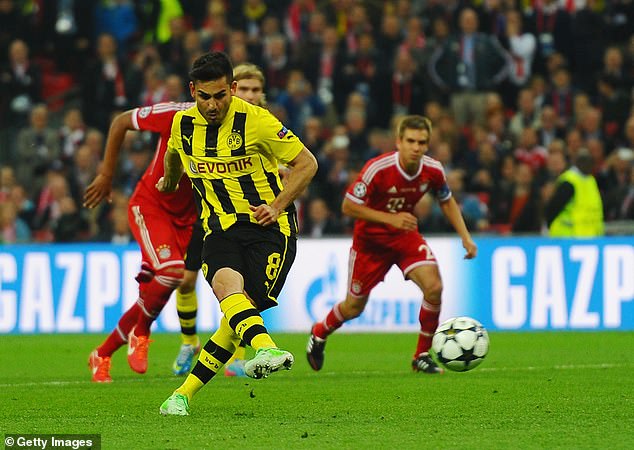 Guardiola has pushed Gundogan forward in recent months and the calmness of his personality shines through around the box. Nothing is rushed.

One Twitter account nicknamed him Mr Whippy after his curling 20-yard strike into Crystal Palace’s top corner three months back. All done at his own pace, the converging defenders ignored. The moniker has stuck.

‘I know how he behaved when he didn’t play, or when he was not playing good in the bad moments. He’s beloved. An incredible human. He thinks what’s best for the team.

‘The year we won the second league title with 98 points, he was incredible as a holding midfielder.’ 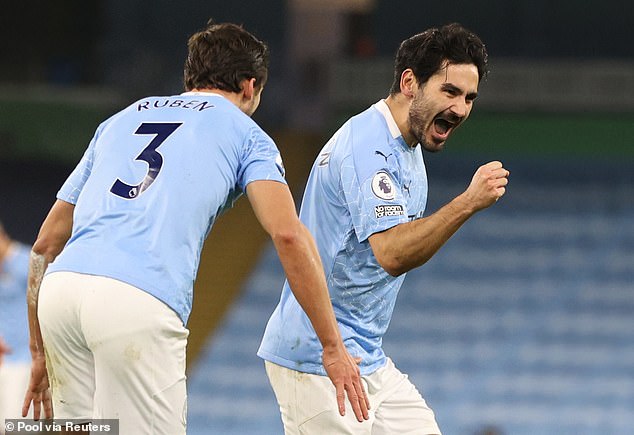 Guardiola argues that Gundogan’s displays have not improved; his role has just altered. Until recently, he spent games alongside Rodri, helping the midfielder adapt to English football.

The pair faced criticism for a lack of dynamism but in hindsight their partnership was necessary. Rodri is now more comfortable sitting alone in midfield, so Gundogan can flourish in the final third. This is the kind of selfless approach that Guardiola loves.

The manager lives next door to Gundogan in a city-centre apartment block and, while respecting each other’s privacy, they occasionally share a coffee or glass of wine.

He lives on his own and has not seen his family since a trip to Turkey in August. The loneliness of lockdown has affected him. Football Manager and FaceTime have helped. Gundogan has given back to the local community, visiting the elderly, raising money for cafes and restaurants. 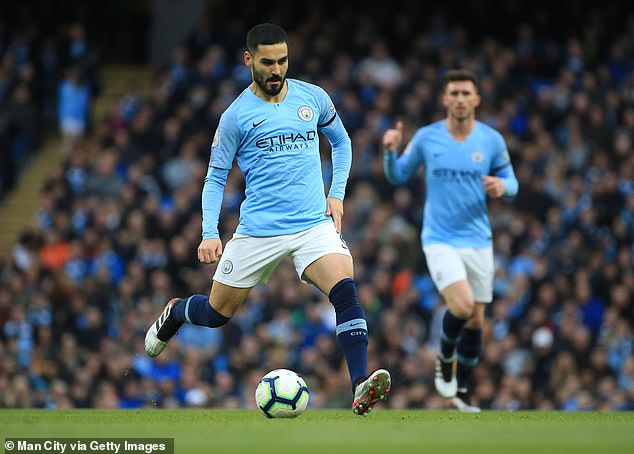 One of his raffle prizes — Phil Foden’s jersey from February’s thumping 4-1 win at Liverpool — fetched £7,000.

Guardiola often cites his character and professionalism, so it was perhaps no surprise he was voted into City’s five-man leadership group this season by his fellow players.

Quieter than most, he leads by example. Out on the grass, he is the embodiment of Guardiola’s methods. No wonder City waited and waited.