Manchester United are understood to have distanced themselves from proposals for a European Super League after FIFA and UEFA’s strong stance last week against the plan effectively made it unsustainable.

And a source close to the Premier League also described the Super League blueprint, for a 15-team closed-shop league with only five qualifying spots, as ‘deeply damaging to the fabric of the game.’

The plan, which emerged last week and promised a £310 million joining fee plus the chance to earn £213m a season from the league, is driven by Real Madrid, Juventus and the former Barcelona president Josep-Maria Bartomeu and would have led to United, Liverpool, Arsenal, Chelsea, Manchester City and Tottenham being invited to join. 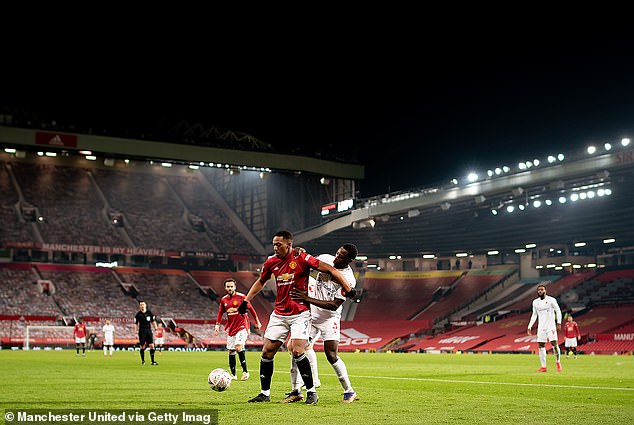 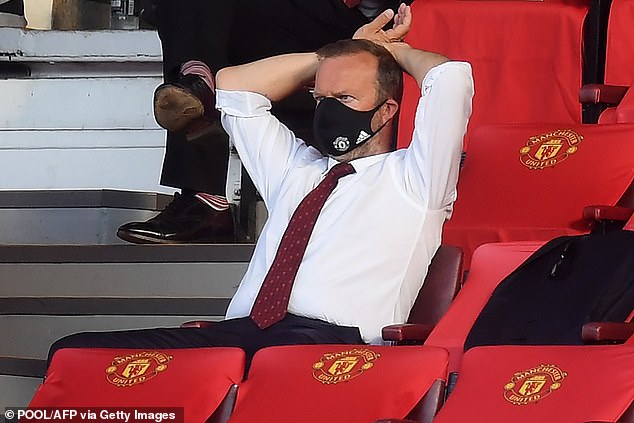 But the closing of ranks by football’s authorities will make it much more difficult for Real Madrid president Florentino Perez and Juventus chairman, Andrea Agnelli, to garner support, though it is understood that the leading English clubs had been kept informed of the plans.

Instead, the next few weeks will see UEFA unveil their plans for reform of the Champions League from 2024, which will be a European Super League in all but name, but with the crucial difference that teams will have to qualify.

The proposal will centre around a 36-team league which will replace the group stages of the Champions League. 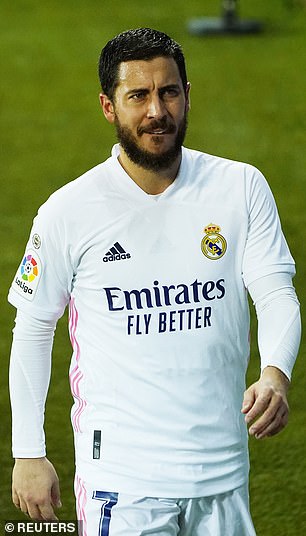 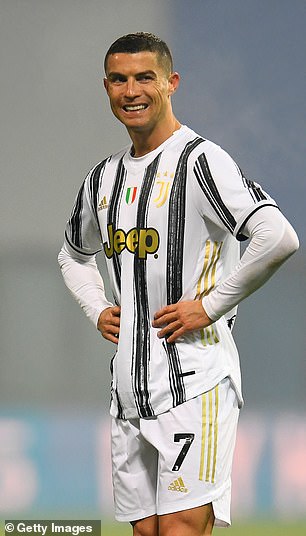 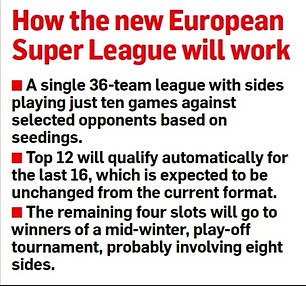 Teams will play ten games in what is known as the ‘Swiss system’, first devised for a chess tournament in Switzerland, against opponents of varying strength based on seeding.

The top twelve teams will then qualify automatically for the last 16.

The remaining four slots for the latter stages will be decided by a mid-winter play-off tournament, probably involving eight sides.

That means that 20 teams will theoretically have a chance of qualifying and so sustain interest in the league for all but the worst-performing teams. 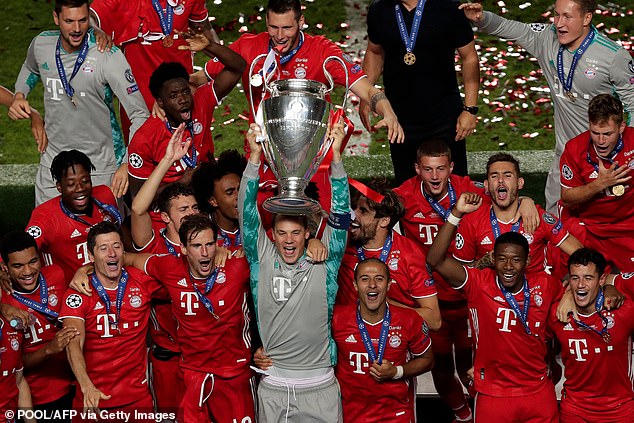 The alternate plan to avoid a European Super League is for UEFA to overhaul how Europe’s elite club competition – the Champions League – works. Pictured: Bayern Munich lift the famous cup

It will be the most radical change in European football since the transformation of the European Cup from a straight knock-out tournament into the Champions League with group stages in 1992.

Clubs such as Real Madrid and Juventus will then face a straight choice in March – accept UEFA’s plans and proceed with the blessing of the authorities, including FIFA; or fight for the right to stage your own tournament, but running the risk of being barred from your own domestic league.

Real Madrid and Juventus may be bought off by the prospect of the new FIFA Club World Cup in 2022, which will involve 24 clubs and offer another opportunity to make more money.

Potter hoping for Liverpool 'off day' in Brighton's Anfield trip