Manchester United have launched a review of their pitchside security protocols after three supporters got onto the field during their Champions League clash with Juventus.

UEFA has charged the Old Trafford giants for the ‘field invasion’ during Tuesday night’s Group H encounter, won 1-0 by the perennial Italian champions.

Shortly after play got under way, a fan ran across the pitch, with his hand down the back of his trousers, before belatedly being restrained by stewards close to the players. 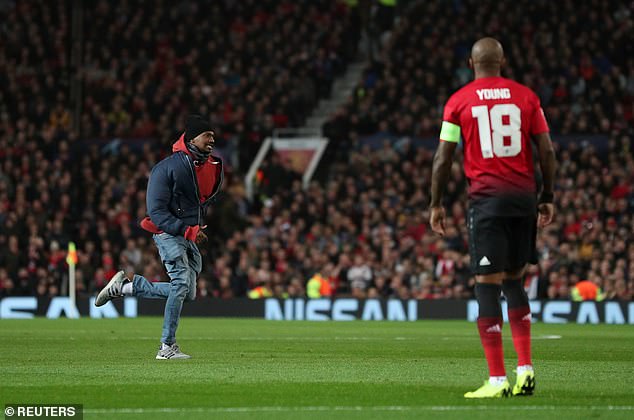 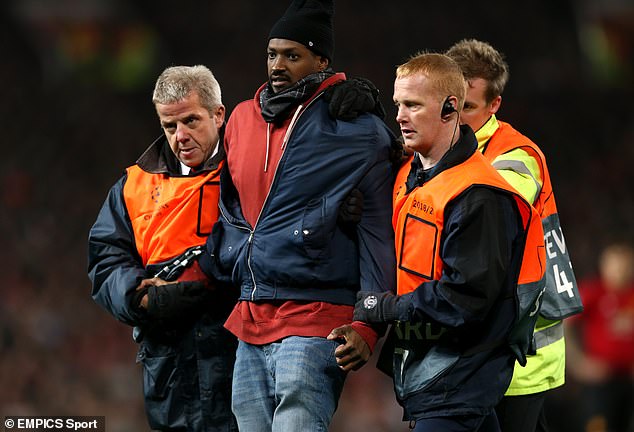 Two further people made it onto the field at the end of the match as they sought to get close to former United hero Cristiano Ronaldo.

Greater Manchester Police confirmed to Press Association Sport that one man remained in custody on Wednesday afternoon after being arrested on suspicion of pitch invasion, while the club has vowed to reassess their security.

A United spokesperson told Press Association Sport: ‘We will be responding to the UEFA charge and we are reviewing our pitchside security protocols in the light of the pitch incursions at last night’s game’.

Tottenham were fined £11,870 by UEFA in December 2014 after three pitch invasions during a Europa League match against Partizan Belgrade, while spectators recently made it onto the field during the World Cup final.

The charge against United will be dealt with by the UEFA Control, Ethics and Disciplinary Body on November 22, but European football’s governing body has not sanctioned the club for the team once again arriving late to Old Trafford.

United were last week fined around £13,000 by UEFA for their late arrival and the subsequent delayed kick-off of their Champions League match against Valencia.

Despite moving to a hotel just half-a-mile from the ground, the issues navigating their way through Manchester’s traffic reappeared on Tuesday.

Juventus arrived 65 minutes before kick-off and United got to Old Trafford just 50 minutes before play got under way, while kick-off ended up being two minutes 10 seconds behind schedule on a night when manager Jose Mourinho decided to walk to the ground. 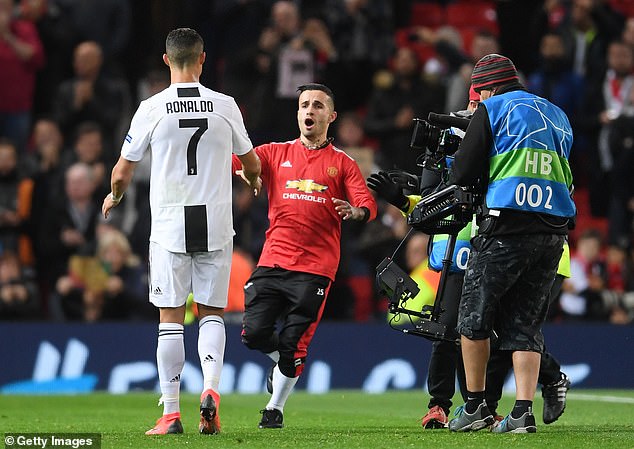 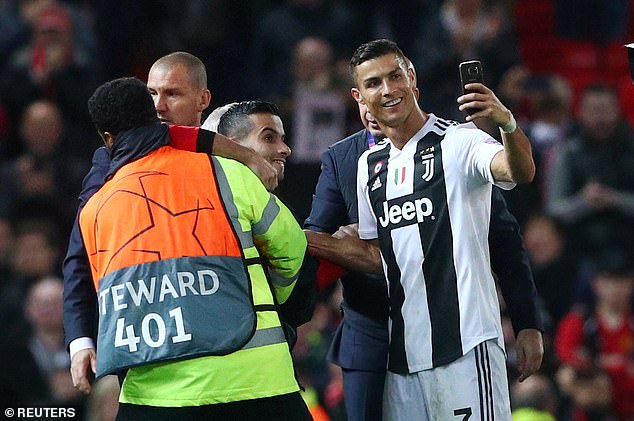 A spokesperson for the Manchester-Salford Inner Relief Route works, which are being jointly carried out by Manchester and Salford City Councils, told Press Association Sport: ‘These major works will significantly improve traffic flow on this busy route once they have finished by increasing capacity at key junctions by up to 20 per cent.

‘Unfortunately, there is no way to deliver these long-term improvements without some degree of short-time disruption and we recognise that is frustrating.

‘But without these works the road would become more clogged long term and people would end up spending more time stuck in queues.

‘We are doing all we can to complete these works as quickly and safely as realistically possible.

‘In the meantime, we would continue to encourage people to adapt their travel plans wherever possible to avoid or reduce the impact on them.’

Meanwhile, United clamped down on pyrotechnics on Tuesday by installing netting in front of the Juventus fans, who were greeted by an increased security presence outside the ground.

Flares have been brought into several UEFA-organised matches at Old Trafford in recent years, with Basel and Benfica both charged with setting off fireworks in last season’s group stage.

A spokesperson for United told Press Association Sport: ‘We take extensive precautions to prevent individuals entering the ground with pyrotechnics.

‘Following some recent incidents, we installed see-through netting in front of the away supporters for the Juventus game to ensure the safety of supporters, especially those in the accessibility area below, and also to prevent items being thrown onto the pitch.’ 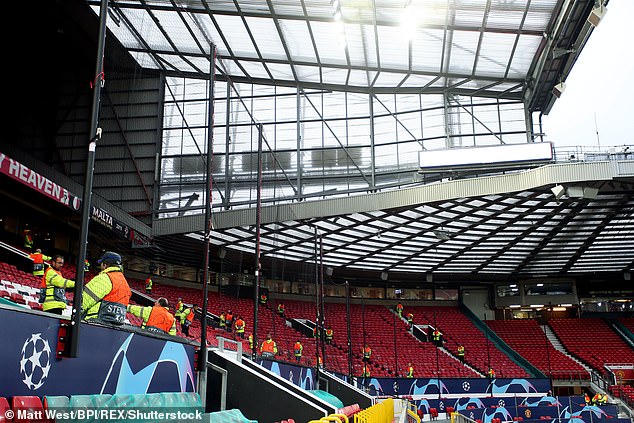