Manchester United hero Louis Saha thinks the club could sign Jadon Sancho and Jack Grealish in the future. Ole Gunnar Solskjaer wanted to sign both players during the summer transfer window but ultimately missed out, being forced to settle for Edinson Cavani and Donny van de Beek instead. But Saha thinks there’s still a chance the pair could rock up at Old Trafford in the future.

But both players were deemed too expensive, with Aston Villa and Borussia Dortmund slapping huge asking prices on their prized asset.

United are believed to still be admirers of the duo, however, and Saha thinks they could make the move to the Theatre of Dreams in the future.

“It’s unfortunate Man United couldn’t get deals in place for Jack Grealish and Jadon Sancho last summer because they are two amazing players,” Saha, speaking exclusively to Ladbrokes at its launch of the 5-A-Side Bet on Tottenham v Fulham, said.

“I know less about Grealish but I think he would have fitted perfectly into this team.

“But for me, I’m sorry, Sancho is just such an unbelievable player. 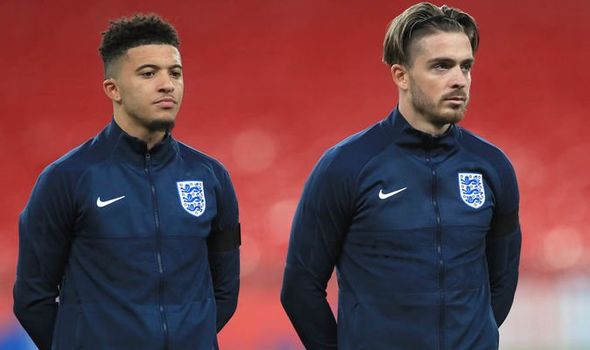 “He’s unpredictable, he’s such a great talent and if he was playing for United with Bruno Fernandes, you just know as a striker you’re going to score goals because of the two of those.

“Man United did miss out on the two of them in the summer, but hopefully they’ll have another chance to sign them soon.

“My choice of the two would be Sancho over Grealish.

“Both are amazing players and they’d improve any side. They’re so confident and would be really useful for Man United’s strikers.

“Fernandes has done a great job in helping United since arriving earlier this year, so could you imagine what another player of his level would do to the team?”

Saha also had his say on Paul Pogba’s future, with the France international continuing to be linked with a move away from Old Trafford. 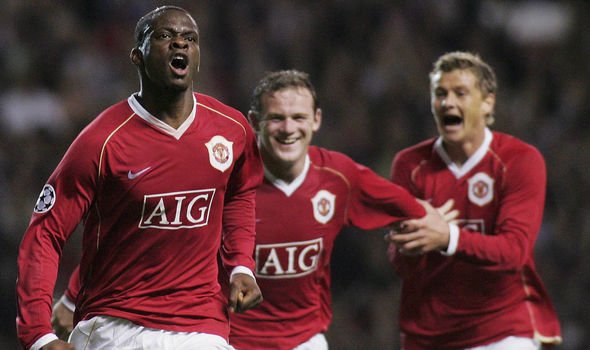 He added: “There are two sides to the Paul Pogba case: as a player you need to focus on your game.

“Whatever is happening off the pitch, it doesn’t matter. There’s definitely an issue there but I’m sure Pogba is very focused on playing at the best level he possibly can for Man United.

“Then it comes down to whether or not Ole wants to pick him.

“Of course, when he’s playing at his best, Pogba is a great asset to the team.

“At the end of the day, the situation is bigger than Paul Pogba; it’s about finding a winning formula for the team where chances are being created and goals are being scored.

“If Paul Pogba is the answer to that, then great. But it’s up to Ole to decide who he thinks deserves a place in the team and Pogba needs to just focus on being the best player he can be for Manchester United.”

Saha thinks United can win the Premier League title this season, too.

“I think Manchester United are title contenders this season,” he said.

“If not, then top three is a realistic target for them. If they can sustain the type of form they’re in at the moment then they will be right up there at the end of the season.

“But if they fall back into the kind of performances that saw them fall out of the Champions League where they’re conceding silly goals early on in games, then of course they’ll struggle.

“They can’t afford to do that. It’s impossible to be a Premier League contender, keeping up with the likes of Liverpool, if you keep going behind in games.

“They have the quality to kill games, so it is frustrating when you see them concede early because it’s physically and mentally challenging to keep coming back.”

Ernesto Valverde sacked: Why was he sacked? Who is new Barcelona manager Quique Setien?