Manchester United have the chance to go level on points with Premier League table-toppers Manchester City as they host Everton on Saturday night.

Ole Gunnar Solskjaer’s team come into this game off the back of a stunning 9-0 win at home to Southampton – and are looking to beat the Toffees for the third time this season, having won in the league and Carabao Cup at Goodison Park.

After a patchy run of form, Carlo Ancelotti’s side got back to winning ways in midweek with a 2-1 win at Leeds and can go within five points of United – with two games in hand – should they pull off an upset tonight.

The players have observed an emotional moment of silence around the centre circle – and all are sporting black armbands to remember the fallen from the Munich tragedy.

With just a few minutes before we get underway, let’s have some last minute score predictions!

The players are out ahead of kick-off at Old Trafford.

It’s a solemn moment as both teams prepare to pay their respects to the 23 people who died in the Munich Air Disaster 63 years ago.

Lucas Digne is carrying the wreath for Everton, and Harry Maguire has Manchester United’s. 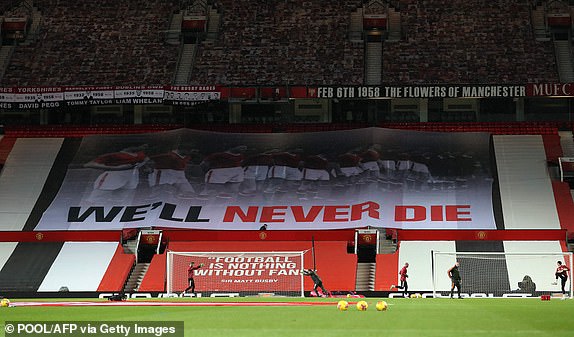 There’s just enough time to get that brew sorted and take your seat!

The players are out on that pristine Old Trafford pitch and going through the motions before we get underway in just 15 minutes time.

There are a couple of notable milestones for United tonight.

Ole Gunnar Solskjaer is in charge of his 100th Premier League game, and Bruno Fernandes is making his 50th appearance. 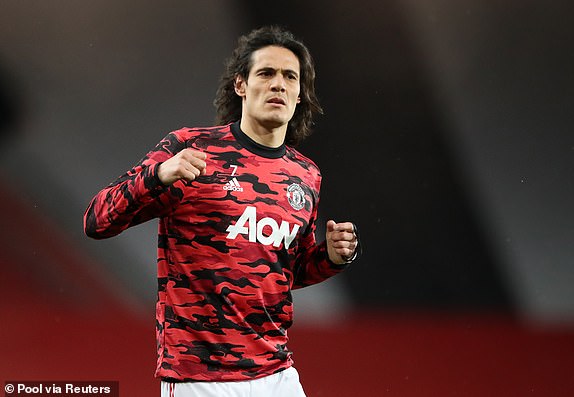 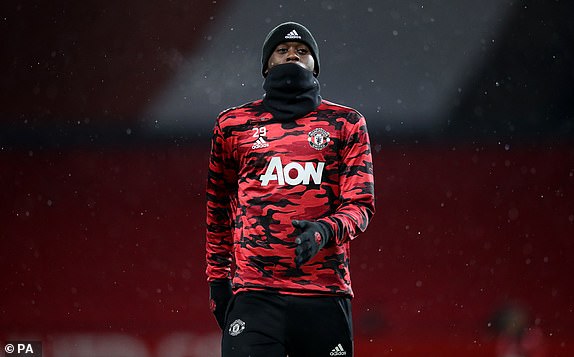 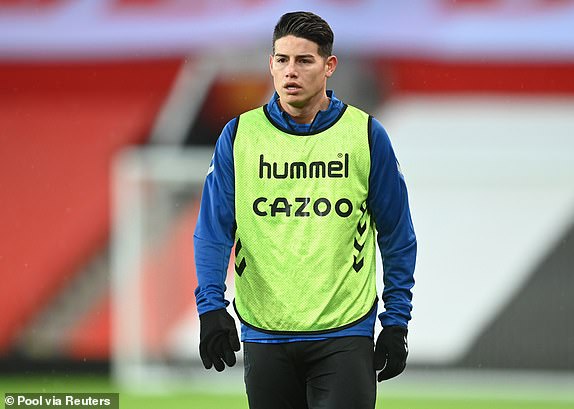 Everton have loved hitting the road in recent weeks.

They have won their last four away games in the Premier League – the first time they’ve done that since Howard Kendall was in charge in 1985.

James Rodriguez has returned for them, too. All the signs are pointing towards an absolute classic… or a very nervy affair! 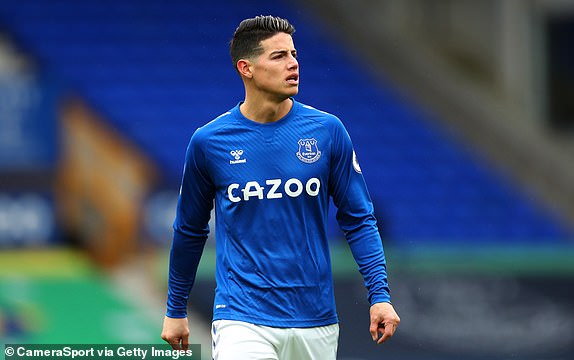 Manchester United have arrived at Old Trafford for this evening’s showdown – led in by Ole Gunnar Solskjaer.

Three points for them would send them level on points with City, albeit with a worse goal difference.

United have enjoyed their encounters with Everton this season.

They have played two games, winning twice, in the reserve fixture at Goodison Park and in the Carabao Cup. 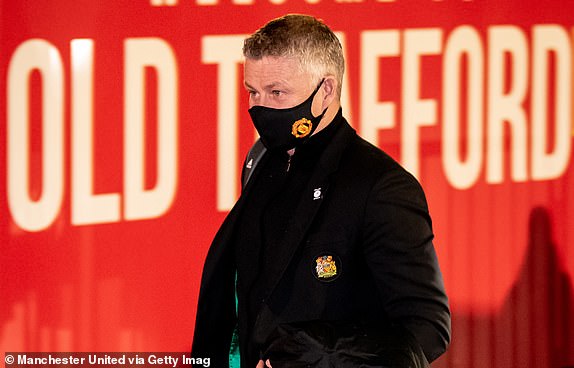 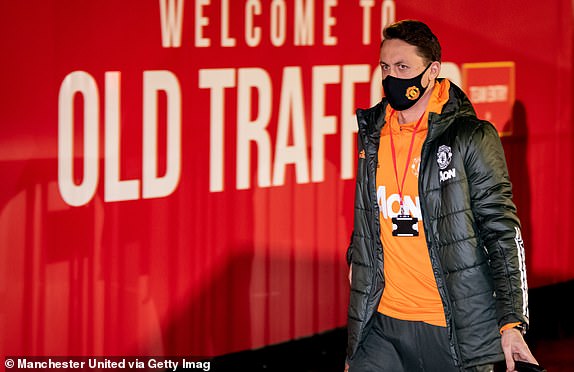 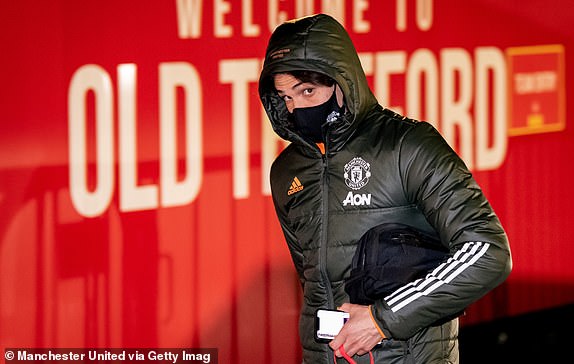 Today marks the 63rd anniversary of the Munich Air Disaster.

Both teams will hold a minute’s silence before kick off and wear black armbands in memory of the 23 people who tragically lost their lives.

Everton have shuffled the pack slightly for this one – with Carlo Ancelotti opting for three changes.

Michael Keane, Tom Davies and James Rodriguez all feature from the off.

Yerry Mina, Gylfi Sigurdsson and Alex Iwobi are among the substitutes.

Ole Gunnar Solskjaer has made just the one change from the team that netted nine goals against Southampton on Tuesday.

Paul Pogba is back in midfield, with Fred dropping to the bench instead. 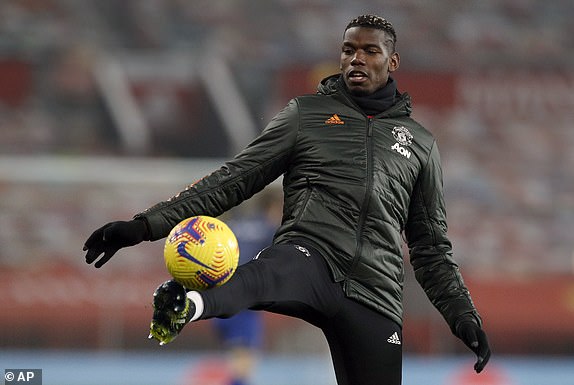 Hello, all! Welcome along to Sportsmail’s live coverage of Manchester United’s home clash with Everton.

This is a big one, put simply. United will move level on points with leaders City at the top of the table with a win and Ole Gunnar Solskjaer will be desperate to avoid another costly slip-up.

His team scored nine last time out at Old Trafford – but this evening will prove a much tighter contest.

As for Everton, they can potentially move into fifth place and continue their quest for Champions League football.

First up, we’ll bring you the team news as soon as it drops in around five minutes… 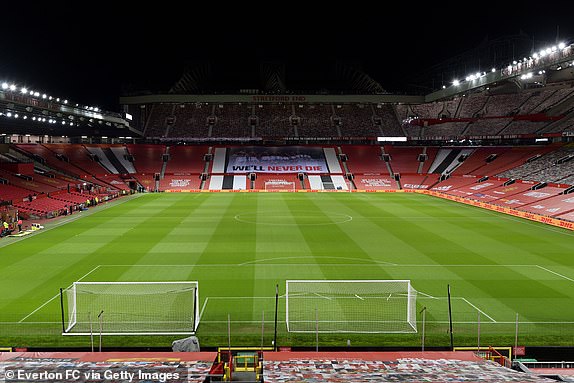