Imagine if Liverpool had actually played well. As such, it would be hard to imagine any other outcome than Ole Gunnar Solskjaer losing his job – except this is Manchester United.

This is Manchester United.

And here they were, 4-0 down at half-time to their greatest rivals, to ultimately lose 5-0 but in a way that felt like 9-0. They were fortunate it wasn’t much worse, but that was in its own way an indictment. Liverpool could just ease off.

There were so many utterly damning moments, but on the whole it was just the way this didn’t even have to be any kind of great exhibition of Jurgen Klopp’s football. It was instead a dismal nadir for United, bringing together everything wrong with the side.

They repeatedly lost their men, quickly lost the game and – in the greatest indictment of all – lost their heads. Both Cristiano Ronaldo and Bruno Fernandes could have been sent off before Paul Pogba was, in what amounted to one of the Premier League’s most pathetic cameos.

This was probably United’s most pathetic defeat of the entire Premier League era. Whether it leads to Solskjaer going and losing his job remains to be seen. Long before the end of this game, questions were flying around about whether he’d even consider the possibility of doing a Kevin Keegan and resigning. 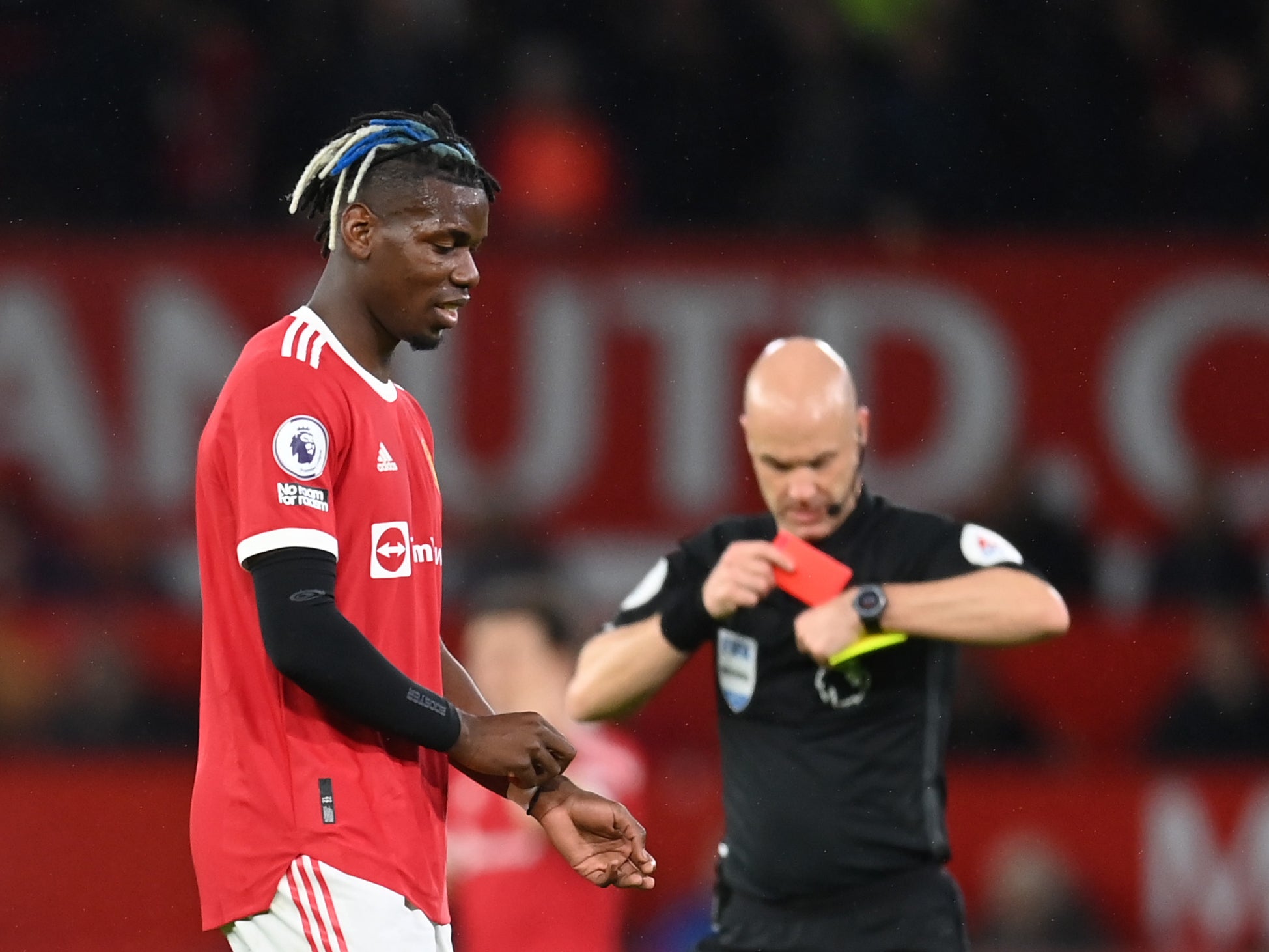 Paul Pogba was sent off for United after a VAR check

The club have been steadfast in their support, with some figures convinced that Solskjaer can prove everyone wrong, but this felt like the clearest possible wake-up call. The warnings were all there. Paul Scholes ended up calling the game perfectly.

Despite both Leicester City and Atalanta showcasing that this United formation simply doesn’t work and surrenders the flanks, Solskjaer went with it anyway, against one of the best drilled teams in Europe. It is only the latest of many errors.

There are wider discussions to be had here about how the signing of Ronaldo has basically forced Solskjaer into the one tactical structure he can envisage with the Portuguese, but it was still impossible not to be amazed at how easy it was for Liverpool.

There was such a basic and evident problem before you even get to longer-term discussions about the absence of any kind of co-ordinated press or attacking approach.

A snapshot just before that fateful first goal summed it up and set the pace. It was four on one 25 yards from the United goal, the effervescent Mo Salah left to just pick his spot. That entire move really warrants a breakdown in itself, as it said so much.

Virgil van Dijk – who, let’s remember, was still cheaper than Harry Maguire – had the ball near his own box, but there wasn’t exactly under pressure. So, Fernandes tried to push up, leading to Liverpool casually playing the ball out of defence. Mason Greenwood attempted the same moments later, but the lack of any kind of co-ordination just left more gaps. Andy Robertson was so unruffled be simply surged forward with Aaron Wan-Bissaka out of position, leading to a situation where United’s entire defence had just been opened.

It stayed that way. Naby Keita, who had perhaps his most dominant display for Liverpool, was left with the freedom of the box.

For the second goal, scored by Diogo Jota, he was one of two players left unmarked at the far post along with James Milner.

For the third, Salah was indulging himself with walking-pace backheels before easily stroking the ball, just as he did for the fourth.

By the fifth, which was a supreme breakaway goal finished by Salah to complete his hat-trick, it seemed like it barely mattered. 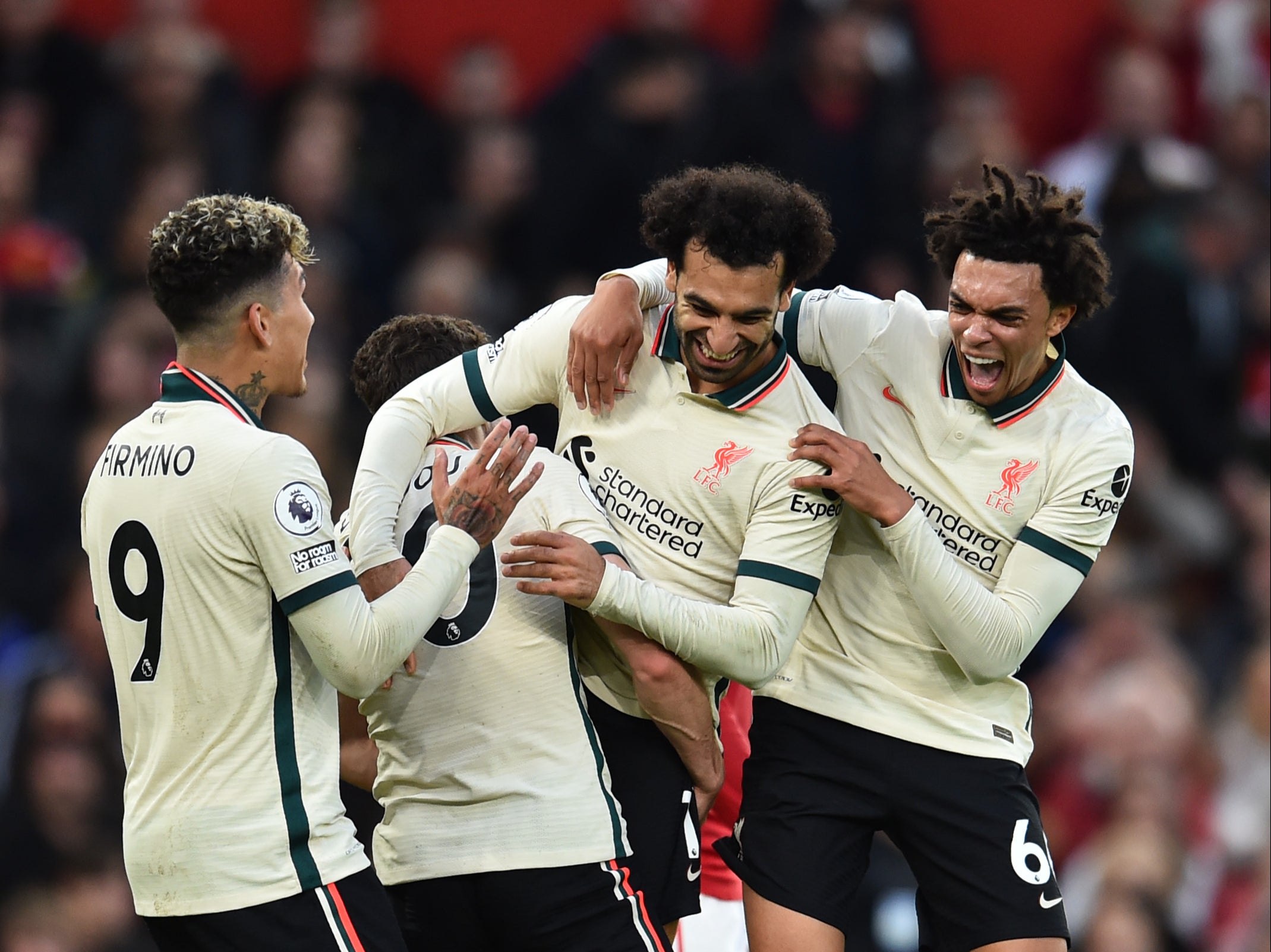 This was a historic humiliation, no matter what. United had already been 4-0 down at half-time at Old Trafford for the first time in Premier League history.

Much was made of how this almost exactly the 10-year anniversary of the 6-1 defeat to Manchester City, but that late rally at least came from an attempt to rescue a game when it was still close.

There was no salvaging whatever this was.

It was a world-class team managed by a world-class manager, who were still nowhere near their best, but had the fortune of facing a collection of individuals still managed by a former player who himself just remains lucky to be in the job.

And after three years. Whether that will end this week is now the big question.

The problem with this United era is by now obvious to anyone, except– apparently – those who make the decisions.

The most humiliating aspect maybe wasn’t what was on the pitch but what could be hard in the stands. 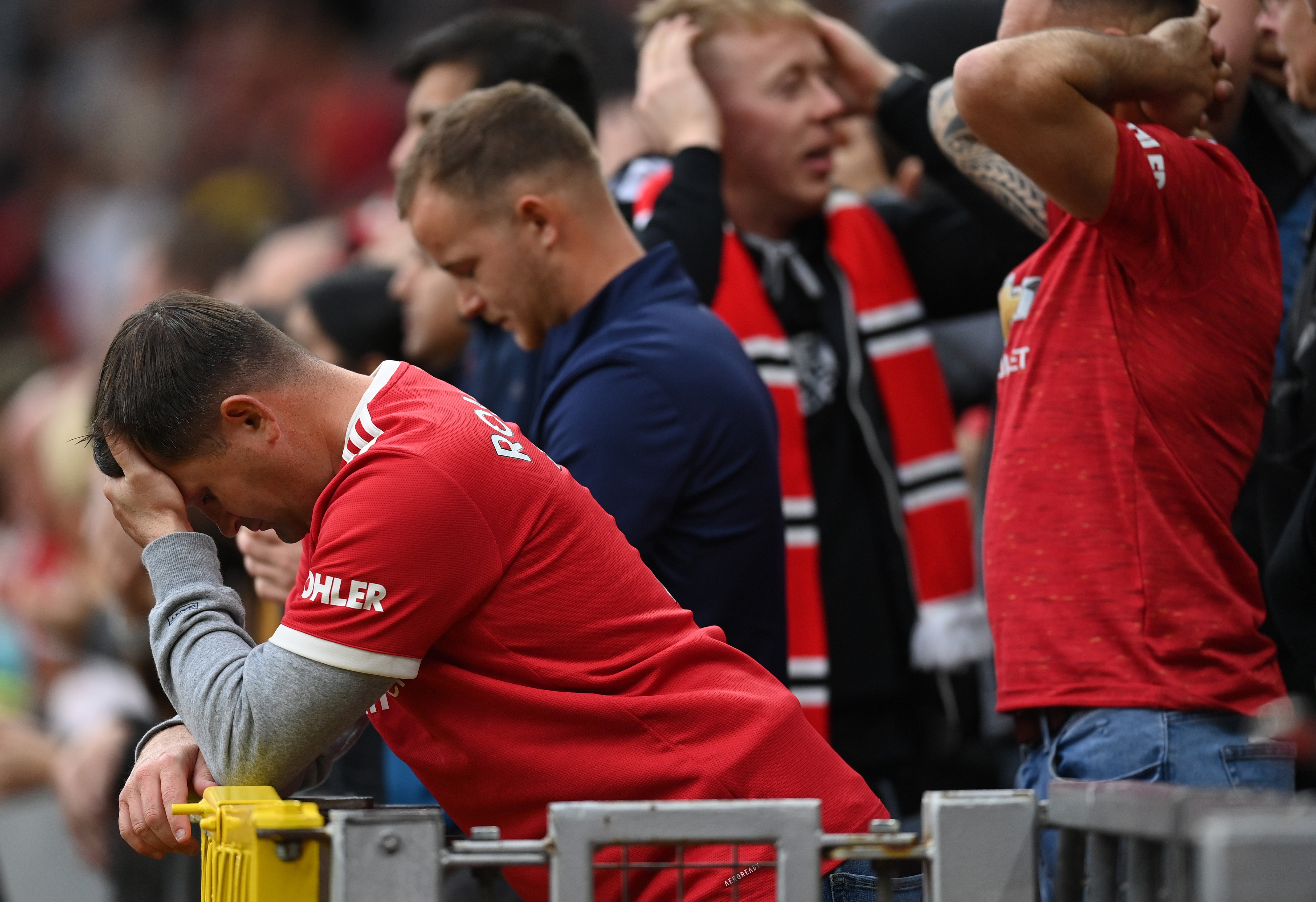 By half-time, by which time United were booed off, the away end were demanding more goals and that Solskjaer should stay.

The Liverpool supporters twisted the famous “Ole’s at the wheel” around to the tune of KC and the Sunshine Band’s, having an absolute party.

That’s what their attackers were enjoying in front of goal. It was that easy for Liverpool, that bad for United. The home supporters did almost completely stay on, to their credit.

But most knew what they were seeing.

It was in its own way incredible and yet still totally unsurprising. That is maybe what’s even worse than the scoreline.

Brighton come from behind to beat Burnley