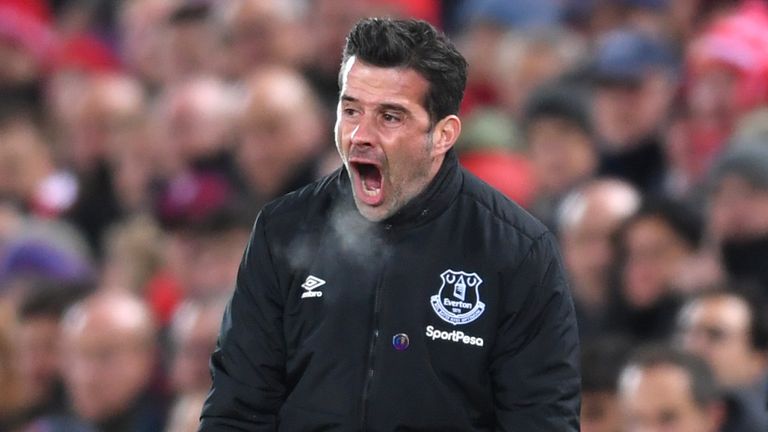 Marco Silva is on the brink at Everton after Wednesday’s 5-2 derby defeat to Liverpool with former manager David Moyes ready to make a Goodison Park return.

Goals from Divock Origi (two), Xherdan Shaqiri, Sadio Mane and Georginio Wijnaldum condemned the Toffees to their ninth league loss of the campaign, leaving them 18thd.

Various names have been discussed by the Everton board for a number of weeks as candidates to replace Silva, who arrived at Goodison Park from Watford in 2018.

Former manager David Moyes, as well as Bournemouth boss Eddie Howe, have been heavily linked with the role.

However, Moyes, who oversaw 516 games for the club from 2002-2013, is the most likely option to take over from Silva due to the fact he can come in immediately. 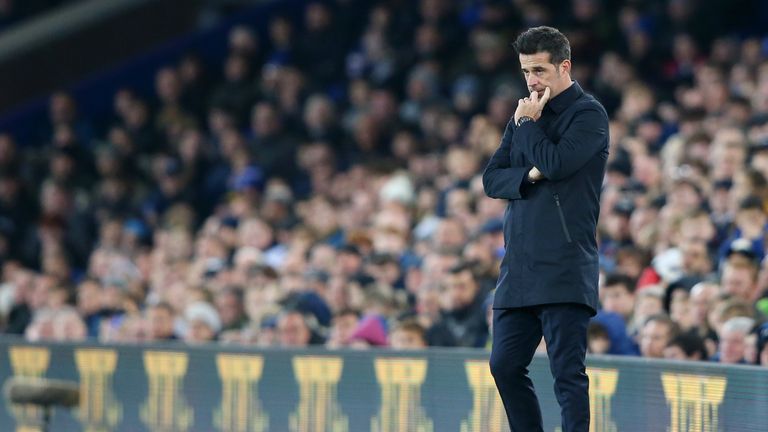 Nine defeats in the first 15 league games of this season have had the Everton hierarchy meeting on numerous occasions to discuss what should be done to arrest the club’s slump into the relegation zone.

However, majority shareholder Farhad Moshiri is the one who will decide whether the change will be made and more importantly, who the replacement will be. 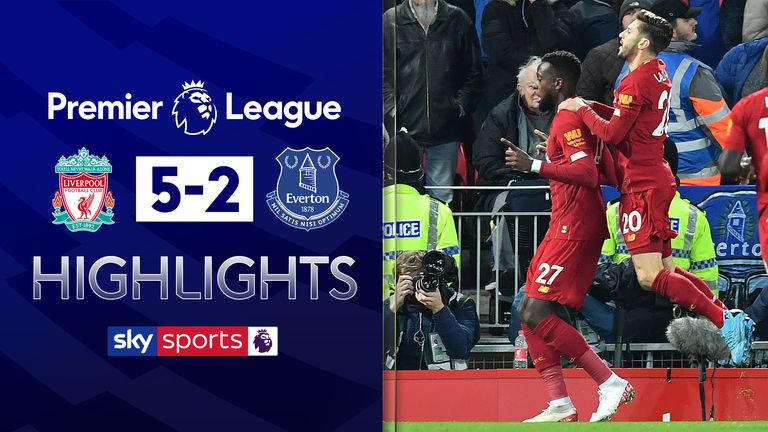 Everton have games against Chelsea, Manchester United and Arsenal to come, as well as a Carabao Cup clash against Leicester City.

There is a real concern Moshiri’s huge investment in the first four years of his ownership could be at risk with an unwelcome relegation battle.

With a home game to come against Frank Lampard’s Chelsea on Saturday, the atmosphere at Goodison Park could be toxic and it is likely Moshiri will not want to put Silva into that environment.

Silva, who arrived on Merseyside last year, has managed 20 victories in his 54 league games as Everton head coach, losing 23 times, despite guiding the club to an eighth-place finish last term.

The Premier League action keeps coming – make sure you don’t miss a thing by signing up for goal alerts with the Sky Sports Score Centre app.

Download the Score Centre app for iOS devices or Android , select ‘Notifications’ from the ‘More’ section in the app main menu, then toggle on for ‘Goals’ to get alerts straight to your phone.

Tottenham’s Christian Eriksen could be Real Madrid target this summer