Leeds boss Jesse Marsch moaned his players did not respect Cardiff or take the FA Cup seriously enough in the first half.

The Premier League side needed a last-minute equaliser from 18-year-old Sonny Perkins to force a replay at Championship Cardiff after the Welsh side had led by two goals.

But he said his teams’ performance put their Cup run at jeopardy with a lacklustre display. Leeds have won just two of their last 16 matches. 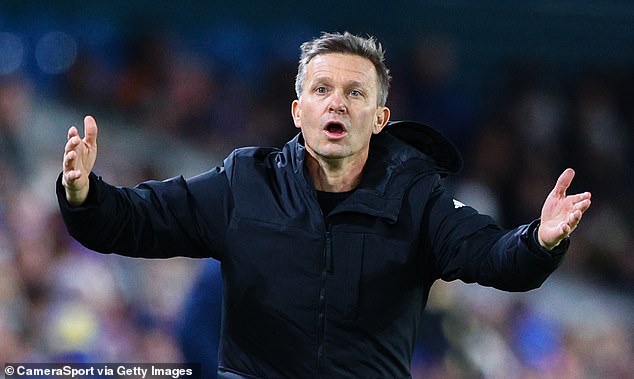 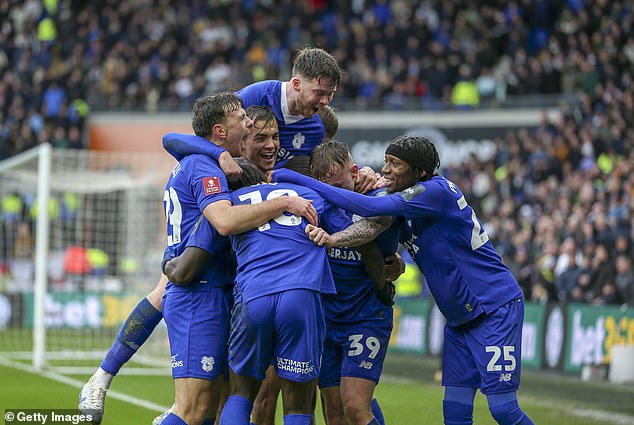 ‘I’ve never as a manager lost to a lower-division team in the cup,’ said Marsch. ‘Part of that is that I demand my players take it seriously.

‘We did not do that in the first half and put ourselves at jeopardy. Our young group now has to learn to be bigger winners, to manage moments and understand what real games are all about. ‘We can use this as a stepping stone.’

The American praised young hero Perkins and said his introduction from the bench was more than just giving a young player minutes in the FA Cup.

‘With Sonny, we were really excited to bring him to the club,’ added Marsch on Perkins, who joined from West Ham having also played for Leyton Orient as a kid. ‘We’ve tried to include him a lot in the first team and push his development. 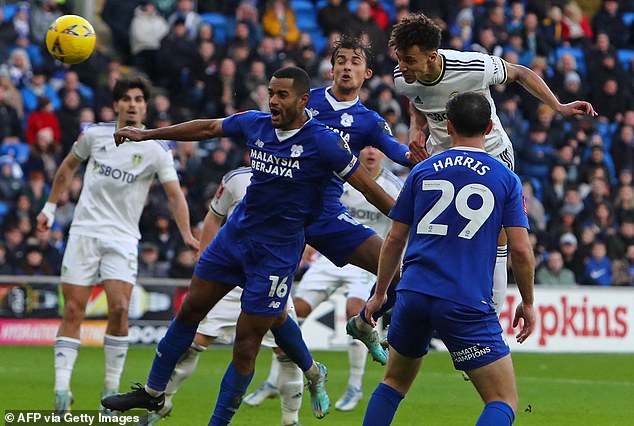 ‘Since we got back from the World Cup break, I have been adamant with him on what to improve. He’s developed incredibly well over the last two or three weeks.

‘Frankly, we were saying on the bench: “He’s one of the guys who could get the goal”. I have to thank the fans, I don’t think without them behind the goal – so many of them – we would have got back into the game.’

Cardiff boss Mark Hudson kicked a number of water bottles in frustration at the equaliser but says his overriding emotion is pride.

‘The overriding feeling is that I am proud of the performance we put in against a top Leeds side,’ said Hudson. ‘Tactically, we got it right, we frustrated them and scored two really good goals. 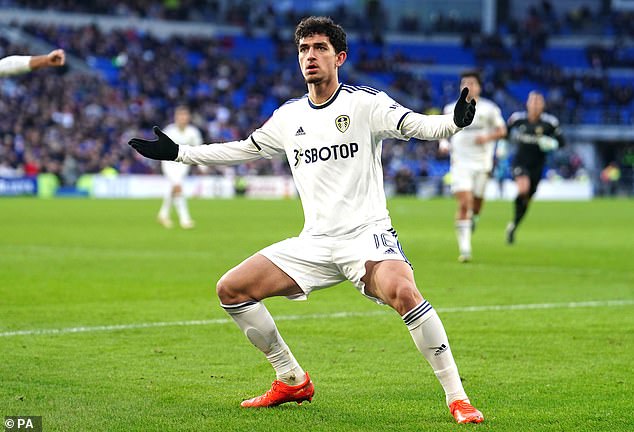 ‘We knew we would suffer in the second half. It’s not bad when you can bring Rodrigo off the bench!’

‘(The red card, given to defender Joel Bagan for a handball on the line) shows what all the boys showed today: a willingness to put their body on the line – literally!’

The replay will take place at Elland Road either a week tomorrow or on Wednesday week, with the date to be confirmed when BBC and ITV make their broadcast selections.