Brazil manager Tite has been accused of showing a ‘lack of respect for football’ after his ‘joke’ call-up of Arsenal’s Gabriel Martinelli for the World Cup in Qatar.

Martinelli, 21, was playing in Brazil’s fourth division during the 2018 World Cup in Russia but he has rocketed to superstardom in the Premier League and now finds himself as part of Tite’s 26-man squad.

But the news was not well received by former Brazil midfielder-turned-broadcaster Neto, who labelled it a ‘calamity’ and said Tite’s ‘shame’ at overlooking Flamengo star Gabigol in favour of Martinelli is proof he shouldn’t be the manager in Qatar. 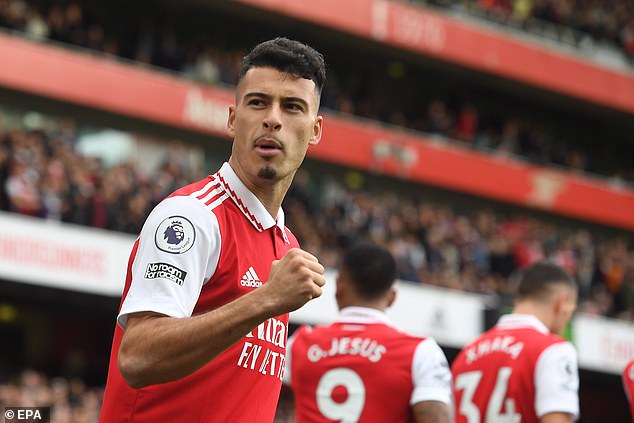 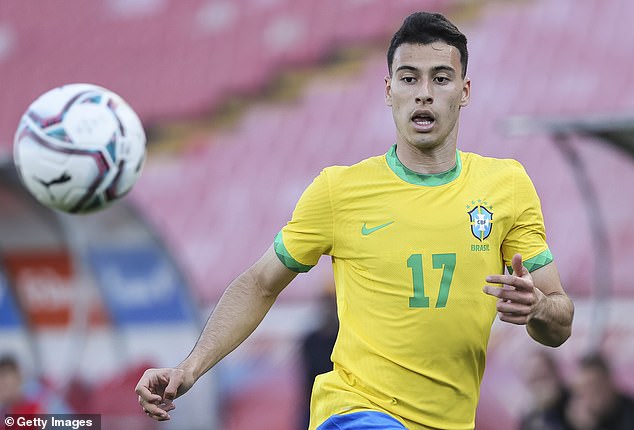 ‘This is a shame, a joke! I feel ashamed! Not because of Dani Alves’ story. What is Martinelli’s story? 33 career goals,’ Neto, speaking on Os Donos da Bola, said.

‘This is a shame, a lack of respect for football.

‘Doing this with football shows that you don’t deserve the position you are in.

‘Calling up Martinelli and not calling up Gabigol is a lack of respect. The biggest shame of all the call-ups.’

Neto continued with his furious takedown of the Arsenal youngster and added that ‘nobody knows who he is’ back in Brazil. 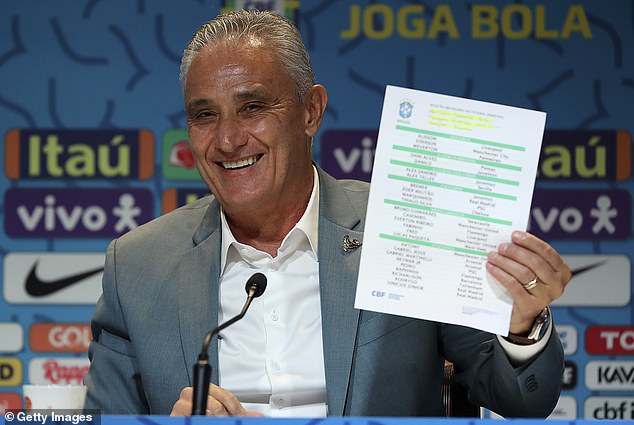 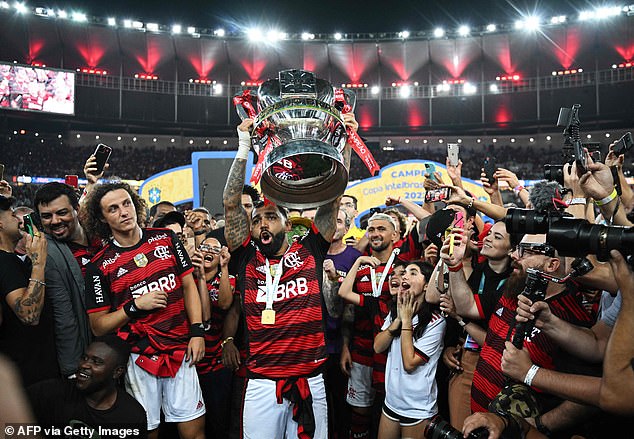 ‘Calling up Martinelli shows that you, Tite, shouldn’t hold the position you do, because you’re not fair to Gabigol,’ Neto continued.

He added: ‘What has Martinelli done in European football? Arsenal are not even in the Champions League. This is a calamity!’

Gabigol is hugely popular back in Brazil and is a player in fine form himself having scored the goal to seal the Copa Libertadores against Corinthians last month. 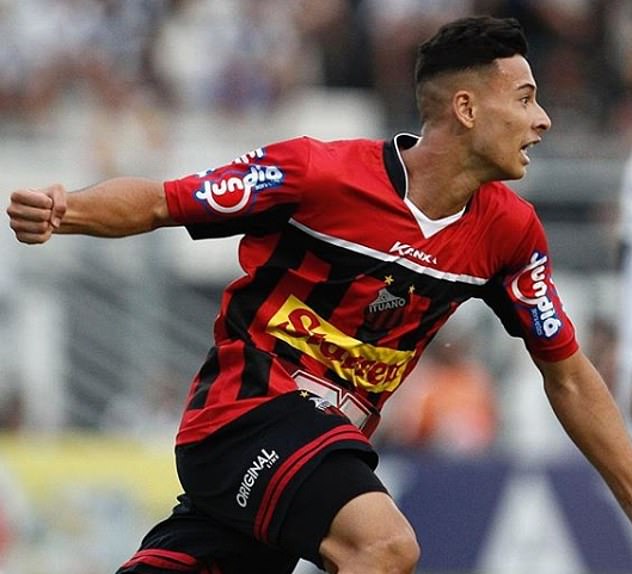 During the 2018 World Cup, Martinelli was busy plying his trade with Serie D club Ituano

Jesus also came into Neto’s firing line after he first accused the striker of joining a ‘small club’ in Arsenal before he questioned his spot in the final 26-man squad.

‘How many goals has Gabriel Jesus scored in these last games? Oh, none,’ Neto said.

‘In the World Cup? Zero. In the qualifiers? Zero. He hasn’t scored in eight games.’

Footage of Neymar during the squad announcement appeared to show him raise his eyes when Martinelli’s name was read out. 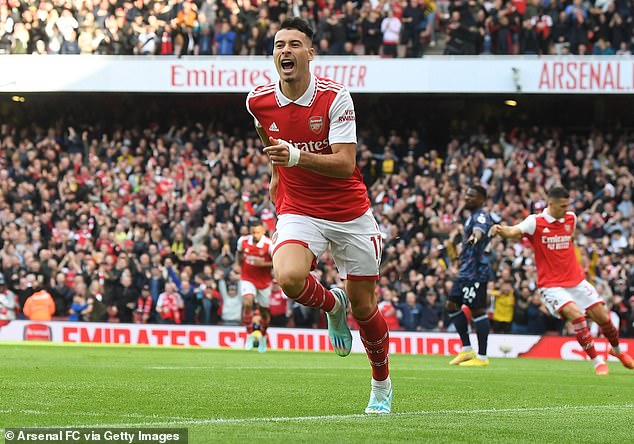 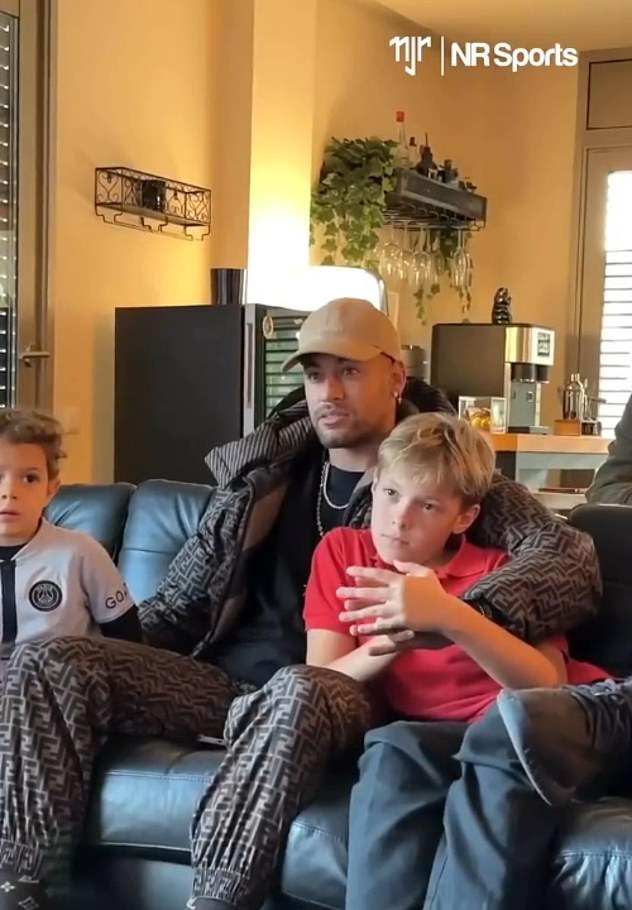 The Arsenal winger has just three senior caps for his country, playing just 81 minutes across three games for the Selecao.

He made his senior debut in a friendly against Japan back in June but is one of the Premier League’s stand-out performers so far this season, which aided his case to be selected.

Having also amassed only three caps for the U23 side, Martinelli does lack some international experience, but it seems Brazil boss Tite is ready to bring the young-star into the fold after a rip-roaring few seasons with the Gunners.

After joining the club back in 2019, Martinelli has become a favourite at the Emirates, yielding five goals and two assists in 13 Premier League appearances already this season.