Manchester City defender Benjamin Mendy will not face any retrospective punishment from the FA after appearing to throw a punch at Tottenham’s Erik Lamela during his team’s 1-0 victory at Wembley on Monday evening.

Mendy was shielding the ball under duress from Lamela when he spun around and threw a punch – but comically missed his target entirely.

However, the laws of the game state that the officials could deem the offence to be violent conduct as the rules include both ‘attempting to use brutality’ or ‘attempting to strike an opponent’. 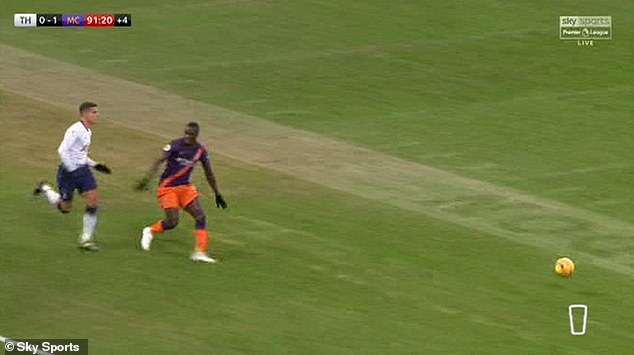 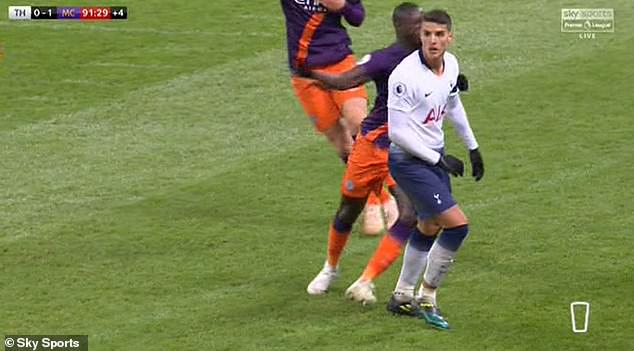 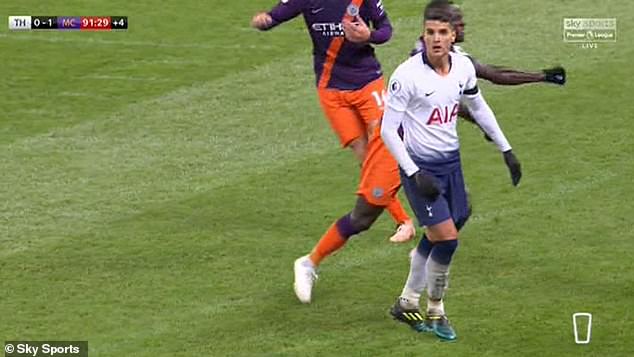 However the punch went comically wide, and he will not face retroactive punishment by the FA

It is understood, however, that the incident was seen by referee Kevin Friend and his team of officials at the time and they decided not to punish Mendy. It will now not be included in the officials’ post match report and therefore Mendy will not face an FA charge or a retrospective ban.

Mendy endured a difficult evening in which he was twice caught out in defence but on both occasions he was spared by Tottenham’s profligacy.

He wrote on Twitter: ‘Not the best Mendy tonight but congrats to the team for the 3 points on a difficult pitch.’ 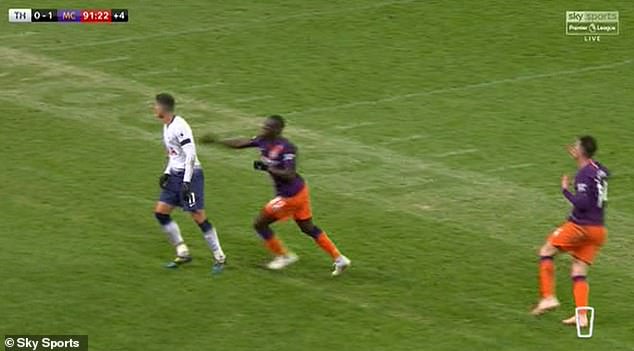 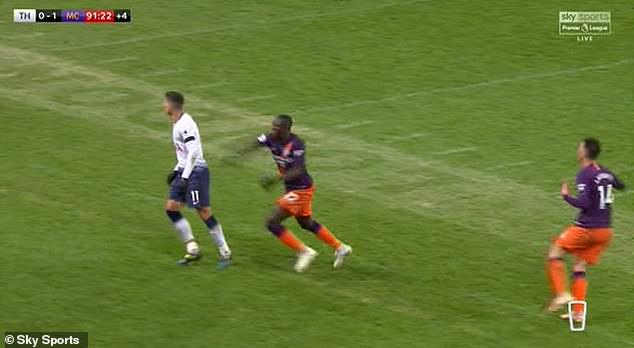 Marcos Rojo is BANNED from captaining Boca Juniors for a month

The best young English footballers to watch in 2021