‘We have a two-goal lead, let’s not be a*******’: Lionel Messi’s X-Rated call to arms for Barcelona team-mates in tunnel at half-time of Champions League victory over Napoli

While Lionel Messi continues to let his football do the talking, he has more than shown he has the leadership to inspire his Barcelona team-mates to glory.

Brilliant footage has emerged of the six-time Ballon d’Or winner issuing an expletive rallying cry to his Barcelona colleagues in the tunnel at half-time during their Champions League victory over Napoli.

Messi inspired Barcelona to a 3-1 win in the second-leg of the last-16 tie on Saturday, scoring a fantastic solo goal at the Nou Camp while winning a penalty which Luis Suarez duly converted. 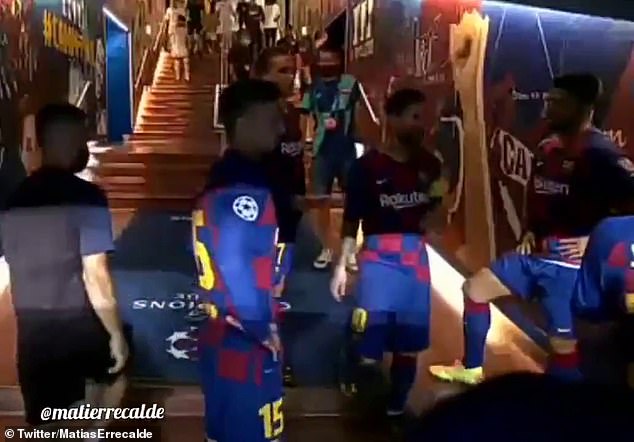 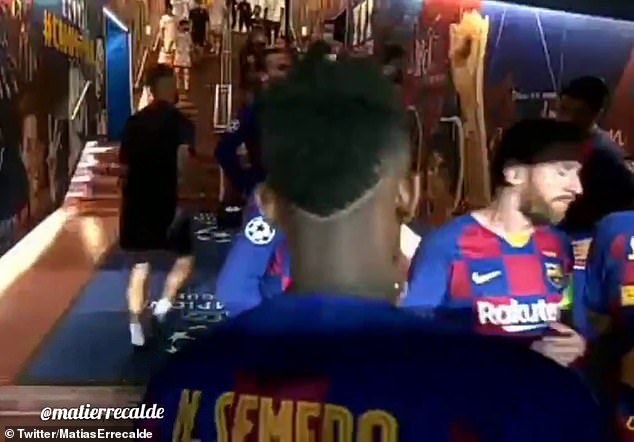 And at half-time with Barcelona 3-1 up and in a commanding 4-2 lead on aggregate over Napoli, Messi was quick to let his team-mates know that their place in the quarter-finals wasn’t booked just yet.

In the video circulating on social media, Messi could be heard shouting in the Nou Camp tunnel: ‘We are going to come out strong, we have a two-goal lead, let’s not be a*******. Now we have to be calmer than ever.’

The Argentine icon then urged his team-mates to humiliate Napoli in the second-half by making the scoreline a rout.

As the players were about to make their way out for the second half, the 33-year-old added: ‘Let’s play quietly, let’s make it eight’. 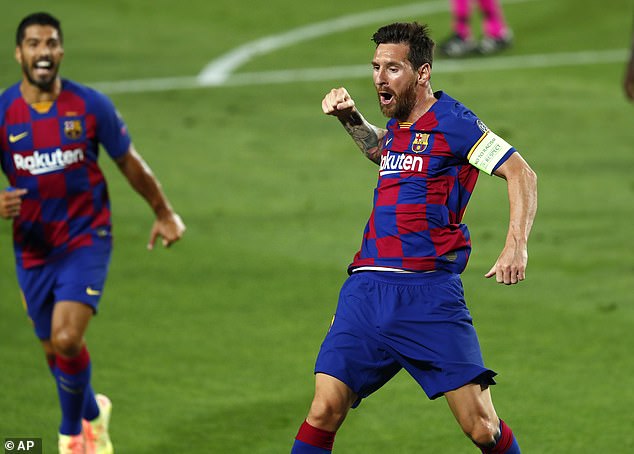 But while Barcelona didn’t go on to score any more, they eased into the last-eight of the competition – winning 4-2 on aggregate over the Serie A outfit.

Messi and Co will now take on Bundesliga giants Bayern Munich, who are enjoying an incredible run of form, in the quarter-finals in Lisbon.

Bayern booked their flight to Portugal after hammering Chelsea 7-1 on aggregate during the last-16 stage.

Barcelona will have it all to do to squeeze past Bayern as they go in search of their first Champions League crown since 2015. 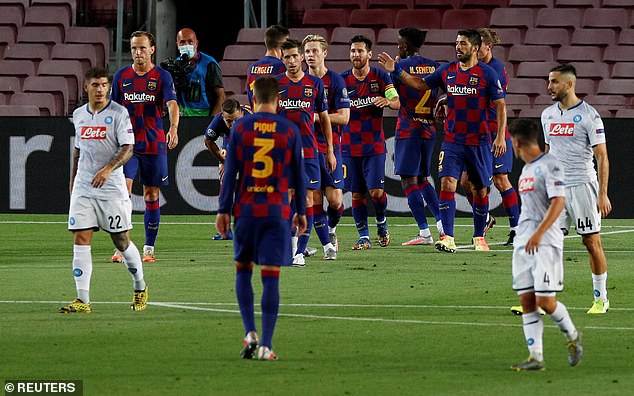