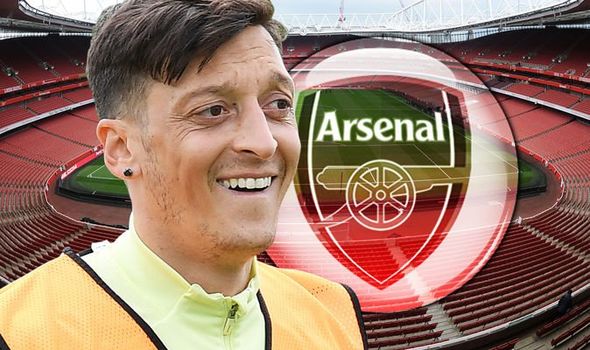 Arsenal playmaker Mesut Ozil has made it clear he does not intend to quit the Emirates this summer despite being exiled by Mikel Arteta and says he is willing to give his all to fight for a place in the team.

Ozil did not play a single minute of action after the English top-flight returned post-lockdown in June having been forced to take a three-month break due to the coronavirus pandemic.

The 31-year-old was previously an ever-present under Arteta after his appointment at the north London club back in December.

But having entered the final 12 months of his £350,000-a-week contract with the north London club, Ozil insists he has no plans on leaving before June 2021, when his terms expire, even if he is not currently in contention for a starting spot under his manager.

“My position is clear – I’m here through to the last day of our agreement and I’ll give everything I have for this club,” Ozil told The Athletic.

“Situations like these will never break me, they only make me stronger. I showed in the past that I can come back into the team and I will show it again. 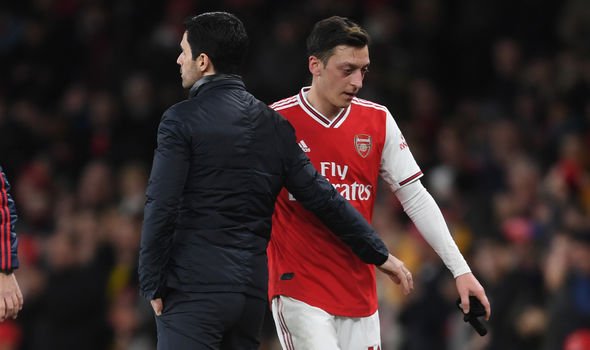 “I’ll decide when I go, not other people. I didn’t sign for two or three years, I signed for four and that should be respected by everyone.

“Things have obviously been difficult but I love Arsenal, I love to work there, I love the people in the club — the real people, those I’ve been with for a long time — and I love London, it’s my home.

“Whatever happened in the last two seasons, I’m happy and very strong mentally. I never give up on anything.

Ozil was left out of all of Arsenal’s 13 matches post-lockdown and was not even present at Wembley for the FA Cup triumph against Chelsea on August 1.

Instead, the World Cup winner was in Turkey with his family rather than being one of the 10 non-playing club members allowed to join in on the celebrations with his team-mates.

Arsenal would prefer to get Ozil’s wages off of their books, particularly with the German having been relegated to being merely a squad option again, as he was under Arteta’s predecessor Unai Emery.

It was thought they might look to do as Manchester United have done with Alexis Sanchez, paying the Chilean off to cut short his deal and allow him to join Inter Milan permanently.

But the attacking midfielder has vowed to give his utmost to prove to the Gunners boss that he can be a useful option again in 2020-21.

Ozil added: “It’s hard. When a player wants to leave and the club says no, the player must accept it unless they find a solution together.

“So when a club wants a player to leave and the player says no, the club must accept it unless a solution can be found together. I don’t want to leave, so that’s it.

“In 2018, I had plenty of options that would have earned me far more money as a free agent, but I committed myself to Arsenal because this was the club and the fanbase I wanted to play for.

“In that sense, nothing has changed. Mikel knows my quality and I will be ready when he needs me.

“I’m not going into pre-season thinking, ‘Final year, I can chill — I know I don’t play’. These are not easy times for Arsenal and I want to help. I still have a lot to offer and I train as hard as I can, whether I’m in the squad or not.

“If you’re called in, you have to be prepared. I’m doing all the necessary work on the pitch, with the fitness coach and in the gym. This is all I can do.”

Ozil was said to be struggling with a back injury towards the end of the recent Premier League season with Arteta deliberately coy when asked about the No 10’s repeated absences.

But the former Real Madrid attacker insists he was fit to play at any time and did not deserve to be dropped by the Spanish coach.

“I can’t talk about my private conversations with the coach,” he continued. “But I can tell you I know my body well.

“I was fit enough to play every game before the break and, apart from a small injury, it was the same after. 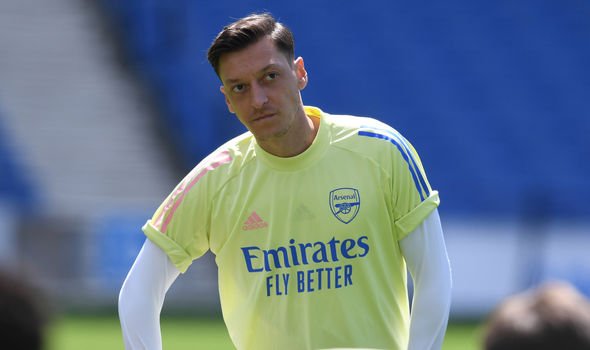 “My daughter was born while we were off so maybe I was not always sleeping perfectly, but this is normal. I actually had more energy and excitement to play because of her.

“As a player, you sometimes have bad days and can’t always be happy, especially if you’re not playing. When you know how good you are and you know you’re not going to be picked, it’s hard to be at 100 per cent and, of course, you can get disappointed.

“This is my profession, it’s what I love doing: being on the pitch, playing matches, showing the people, helping the club and my team.

“I fully respect the coach’s decision but I believe these things should mainly be decided on the pitch. After the restart, I wasn’t given a chance to show what I can do.

“You don’t play 10 games in a row if you’re unfit, not good enough or don’t behave well.

“If I played these games badly and was then left out completely for that reason then I might understand, but this was not the case.”