Arsenal: Guendouzi needs to ‘wind his neck in’ says pundit

Arsenal midfielder Mesut Ozil has backed Matteo Guendouzi to have a huge future in a clear dig at his manager Mikel Arteta. Guendouzi did not make a match day squad at Arsenal following last season’s 2-1 defeat at Brighton in June. The Frenchman clashed with Seagulls striker Neal Maupay, and manager Arteta exiled him for the remainder of the campaign.

Guendouzi, who was a regular under both Arteta and previous boss Unai Emery, was sent out on loan to Hertha Berlin for this season, with his future at Arsenal looking in serious doubt.

The 21-year-old has impressed in the Bundesliga, scoring his first goal for the club earlier this month, with his form leading to reports Hertha want to sign him on a permanent basis.

Ozil, who has received similar treatment by Arteta having been left out of both the club’s Premier League and Europa League squads this season, held a question and answer session on his Twitter account on Wednesday evening.

The 32-year-old was asked which player he has played with who he thinks is the most underrated. 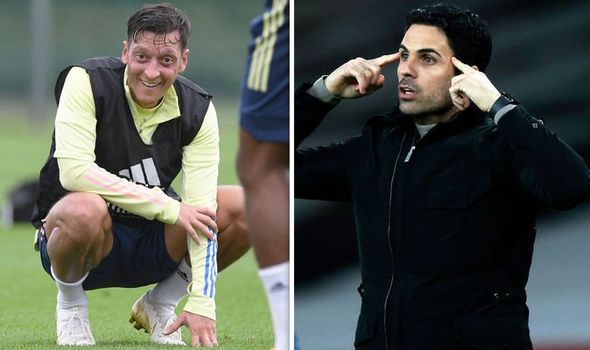 And Ozil named Guendouzi, predicting stardom for the midfielder in the future.

Accompanied with a red heart emoji, Ozil tweeted: “@MatteoGuendouzi- I’m sure he will be a big football player one day!”

Ozil also gave his views on the current situation at Arsenal.

The Gunners are 15th in the Premier League table having won just one of their last 10 matches. 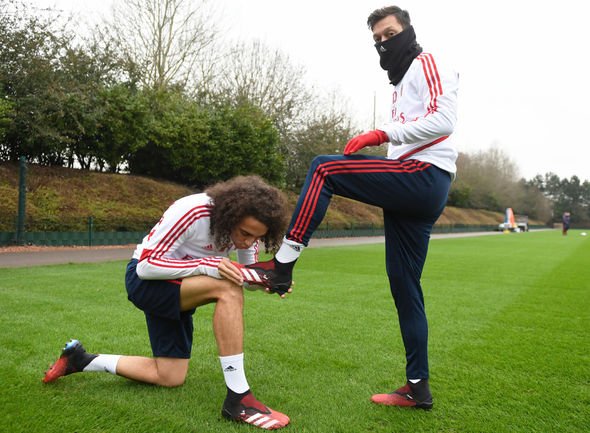 But despite having no immediate chance of getting in the team, Ozil hopes form turns around soon.

“It’s a very difficult time for everyone around the club – not just for me,” Ozil said.

“The situation is frustrating for everyone. Of course I would wish I could help the team especially right now.

“But as long as I don’t get the chance I just hope that we get better results very soon again. But let’s stay positive.”

Ozil also had a message for his former boss Arsene Wenger, who he claims is still missed by a lot of people at the club.

Ozil wrote: “He was really a fantastic manager – yeah, and also like a father figure for me and many other players.

“I think many people around Arsenal are really missing him.”