MIKE DEAN: Referees have pre-season training too! Officials are put through high-intensity workouts – including 40-metre sprints and speed runs – to keep up with Premier League stars… Gary Neville once took part (and cheated in the bleep test!)

Rather you than me, lads. That’s what I thought as I left St George’s Park on Wednesday while the rest of the referees headed for the grass to train. Just like the players, we have pre-season training, too.

But I’m retired from the pitch now! So while I was on the M6 on my way back to the Wirral, my colleagues were enjoying a high-intensity workout. I’ll give you a taste of what they go through, under the watchful eye of Simon Breivik, the PGMOL head of fitness AKA overseer of jelly-legs.

The first test is four 40-metre sprints with a minute’s rest in between. You have to complete each one in 5.95 seconds or less. If you don’t, it’s a fail. After that, there’s an interval test — 40 x 75m high-speed runs in less than 15 seconds, interspersed with 25m walks in less than 16 seconds. 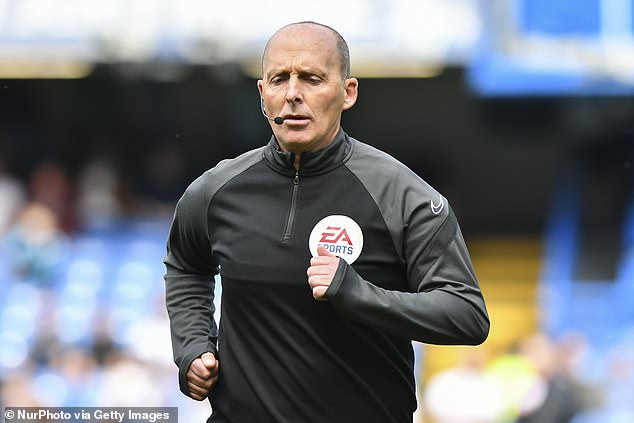 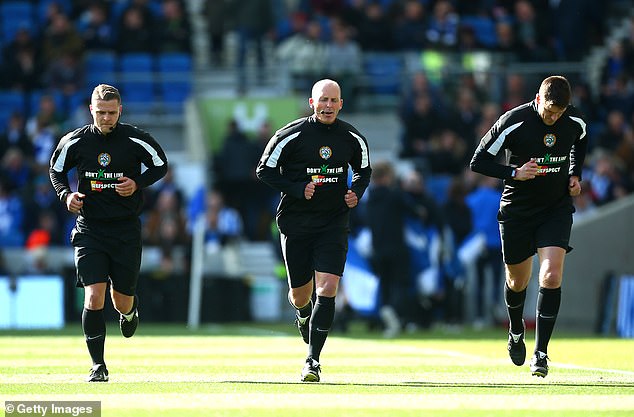 We repeat these tests when we meet up throughout the season and tend to do them in groups of four to egg each other on. You might recall the time Gary Neville and Jamie Carragher came to St George’s to take part in one of these sessions and I’ll let you in on a little secret — we put them with the fittest group to give them a proper challenge. They were knackered! Gary was cheating at the bleep test, I’m sure.

As well as these group sessions, we get programmes to follow from home. No exceptions, even if you’re on holiday in sunny Spain, and it’s too high-tech for you to go strapping the GPS monitor to your dog, I’m afraid.

But this is important. It’s all with the aim of preparing us for covering Premier League games, where you have to keep up with play or else. Thankfully, I never failed one of these fitness tests in my 22 years in the Premier League. 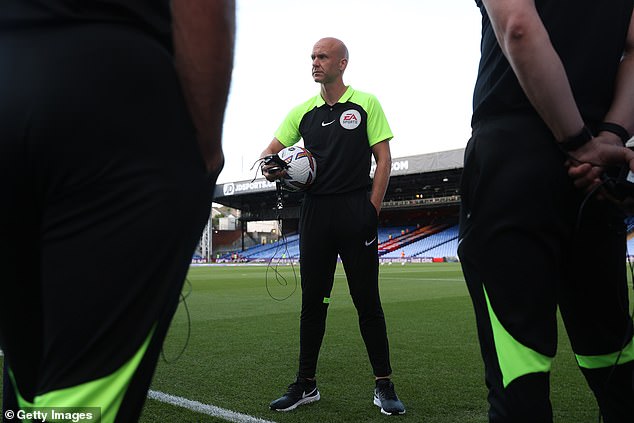 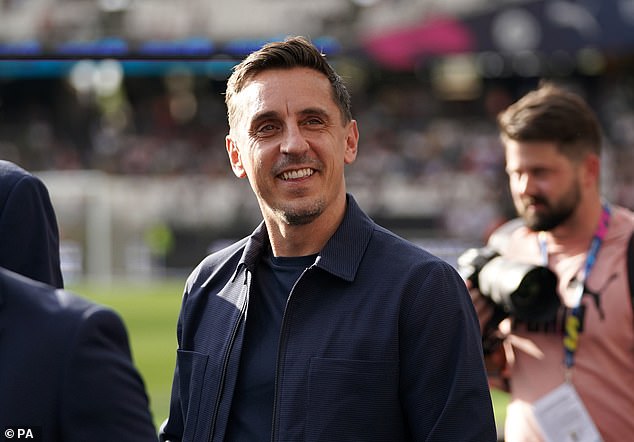 Light session then travel to the match

None of the current crop of referees have failed any of their tests in this pre-season, either. Sitting with them on Wednesday, they’re looking as lean as I’ve ever seen them.

Martin Atkinson, Jon Moss, Kevin Friend and I have retired and we will be looking to pass on our experience from our new positions at PGMOL to those who remain.

Everyone was weighed when they arrived on Wednesday. One by one, you stand on those scales and have your body fat measured so the bosses can see what sort of shape you’re in. This is repeated regularly throughout the season.

You need to be ready to cover around 10km a game and sprint, such as when there’s a counter-attack to keep up with. Mo Salah isn’t going to wait for you to catch up with him! Towards the end of my career, I wasn’t covering as much ground as the younger Mike. But then it’s like any professional player, isn’t it? The older you get, the sooner you learn where to be and when, so you don’t need to chase the ball at Anfield or Old Trafford or wherever.

The reason I was at St George’s was because we had a group meeting to discuss the new season. There was talk of what to look out for, like how the statistics say the ball was only ‘in play’ for 55 minutes and seven seconds per game last season.

That’s the lowest it’s been for years and supporters want more bang for their buck, not less, so we may be more proactive in trying to let the games flow when possible.

Overall, there’s a great ethos among this group of officials. We’re ready to hit the ground running, especially, after those sweaty sessions at St George’s.

Neymar insists he has great relationship with PSG fans