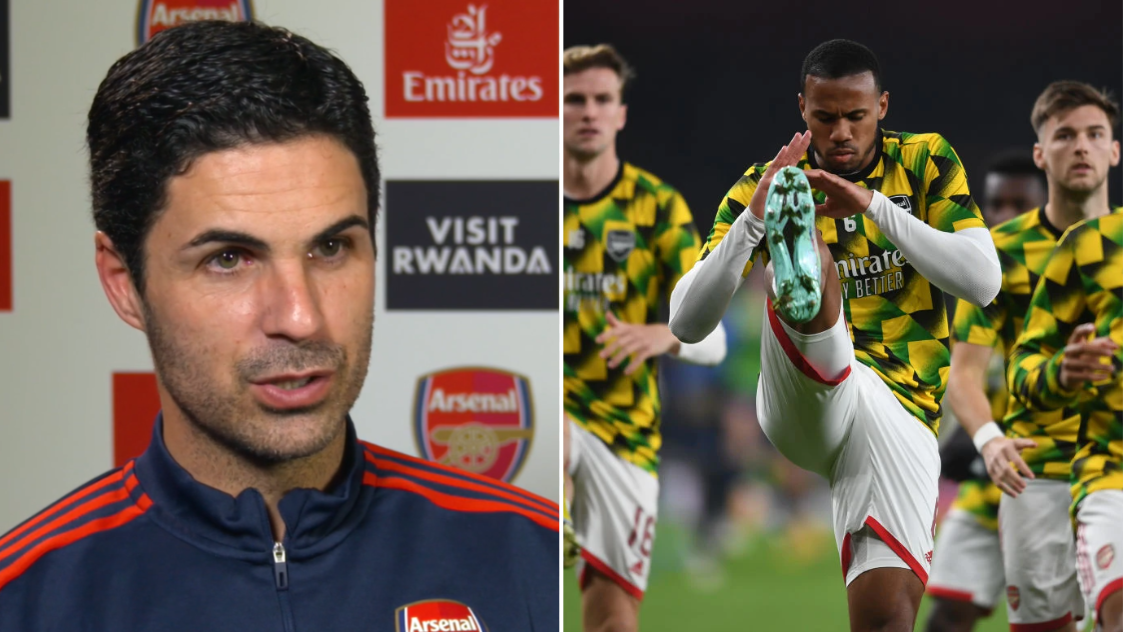 Mikel Arteta has urged Arsenal defender Gabriel to use the ‘disappointment’ of being left out of Brazil’s World Cup squad as motivation to ‘improve’ and ‘be ready’ for the next tournament.

Arsenal’s Gabriel Jesus and Gabriel Martinelli have both been included in Brazil’s squad but there was no place for Gunners centre-back Gabriel.

Gabriel has impressed for Premier League leaders Arsenal, with his centre-back partnership with William Saliba one of the key elements of Arteta’s team this season.

Reacting to Gabriel’s World Cup omission, Arteta said: ‘For Gabi Magalhaes it’s a disappointment, but when you look at the squad that they have and the experience they have in that position, you have to understand that and it’s another challenge for him.

‘He needs to be ready for the next one, he needs to improve and carry on with the good things that he’s been doing.’

On Jesus and Martinelli’s inclusion, the Arsenal boss added: ‘They have big smiles on their faces.

‘For Gabi Martinelli, it’s his first one and I think it’s a huge achievement to be part of the national team. For Gabby Jesus, it’s great as well because he needed that call after what happened in the last one.

‘Obviously there is a lot of attention and a lot of media coverage. I’m sure they get asked a lot of questions because it’s a matter of days now.

‘You cannot stop that but we want to keep our players as focused as possible on the job that they have to do for the club in the next two games.’

'Worse than we anticipated:' CNN reporter breaks down inflation data