The return of Champions League action during the week put the spotlight firmly back on Europe’s top clubs and players – though it wasn’t shining on all of them in equally complementary fashion.

While Kylian Mbappe and Erling Haaland thrived and served a global reminder of their astronomical talents, the likes of Juventus were widely panned for their abysmal showing on the biggest stage.

Over the weekend, those clubs all return to domestic action and will be looking to ensure they maintain the positive momentum generated by a midweek win…or get back to form and winning ways, for some.

This time around we’re looking at a big derby in Italy, the Bundesliga’s surprise side and another big test for PSG and Mauricio Pochettino.

Here are the big storylines to watch around Europe’s top leagues this weekend.

Supremacy in the city and beyond

Just a few short weeks ago, AC Milan were flying at the top of Serie A, the new iteration of the club looking to recapture past glories. Four games back, they were three points clear of rivals Inter Milan and had lost only once all season – but it has fallen apart at the seams since then.

Stefano Pioli’s side are out of the Coppa Italia, were beaten by mid-table Spezia last weekend and only drew with 10-man Red Star in the Europa League midweek.

Suddenly, the pressure has shifted all onto the rossoneri.

Inter, meanwhile, have won three on the bounce to move top of the table by a point ahead of this weekend’s Milan derby, which takes place on Sunday afternoon.

There aren’t too many more such fixtures which will take place in the San Siro, of course, and with a title fight on the line this might prove to be one of the most important and relevant clashes remaining in the stadium. If only there were fans around to appreciate it.

Over in Germany, Bayern Munich will have been interested onlookers during the week, taking notes as to the strengths shown by the likes of Champions League rivals PSG and Liverpool.

Their own last-16 adventure kicks off on Tuesday when they face Lazio, but there’s no prospect of resting too many key players beforehand as they face the most in-form side in the Bundesliga on Saturday.

Eintracht Frankfurt have won four on the spin to move ahead of the likes of Borussia Dortmund, Borussia Monchengladbach and Bayer Leverkusen, sitting third in the table with just two defeats all season.

That said, one of those did come against Bayern early in the season – a 5-0 thrashing, amid Eintracht’s tricky start to the campaign which saw them win two of the opening 12 games…drawing eight. 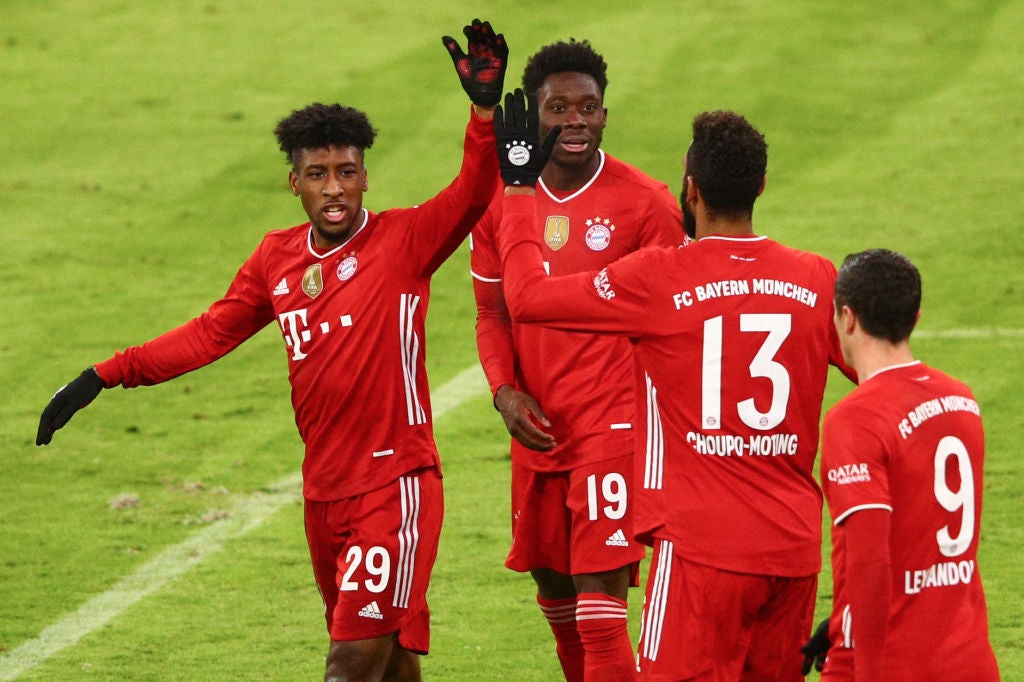 They have since managed to turn those single-point games into three on a regular basis, with wing-back Filip Kostic, striker Andre Silva and attacking midfielder Daichi Kamada all in tremendous form. The winter addition of Luka Jovic on loan from Real Madrid has added depth to the attack, though there’s no side in Germany with the talent pool that Bayern boast.

Hansi Flick’s side were held by Arminia Bielefeld last week after returning to Bavaria from winning the Club World Cup, but a full week off before embarking on a busy and crucial run could have come at a great time.

This match will either confirm Bayern will stroll through to clinch another title, or place Eintracht foremost among the challengers hoping to take advantage of further slip-ups.

Kylian Mbappe’s stunning announcement that he’s effectively taking over as Europe’s most dangerous forward in midweek was as dramatic as it was timely.

READ MORE: Erling Haaland vs Kylian Mbappe could be the next great rivalry

PSG have just started to win relentlessly again on the domestic scene and sit just one point off leaders Lille, having moved ahead of Lyon into second last week.

A big result in Europe shows that Mauricio Pochettino has them well-organised and playing confidently – so now it’s about consistency.

An immediate challenge comes in the form of facing Monaco on Sunday night – the team with the current longest unbeaten streak in Ligue 1.

Monaco themselves have been on the fringes of the Champions League spots for much of the campaign, but a win here would propel them right into the title fight, two points off PSG.

Elsewhere, the LaLiga giants should all be looking at wins as Atletico, Real Madrid and Barcelona face Levante, Real Valladolid and Cadiz respectively, the latter two being strugglers around the relegation zone.

PSV must bounce back from Europa League disappointment when they face Vitesse – second vs. fourth – in the Eredivisie, with Ajax now six points clear with a game in hand. The top two play each other next week and it’s imperative PSV remain in touch if that match is to have any real significance in the title race.