‘I wasn’t surprised’: Takumi Minamino describes his Liverpool debut against Everton as ‘one of the most intense matches’ he’s played ever in

Takumi Minamino has described his debut for Liverpool against Everton as one of the most ‘intense’ games he’s ever played in – but insists he’s not surprised.

The Japanese star has been lauded for fitting in seamlessly with his new team-mates so quickly considering that he’s barely had time to adjust to his new settings after signing from Red Bull Salzburg last month.

The 24-year-old insists the way Liverpool press is similar to Salzburg’s system but revealed it wasn’t quite the same and would be something he’d have to get used to. 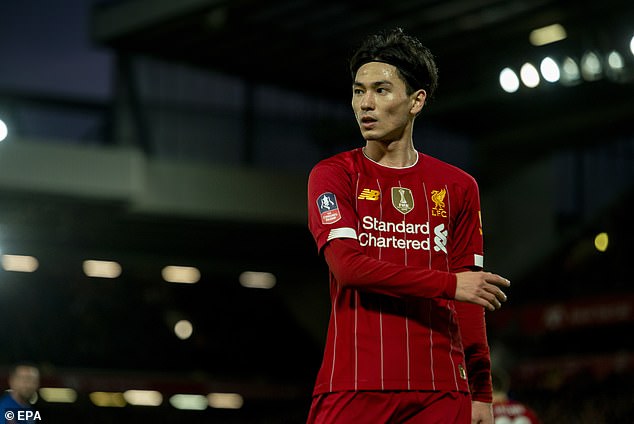 ‘I’m happy that now I’m a part of this team,’ said Minamino.

‘It was probably one of the most intense matches I’ve played, but I knew the Premier League would be like that so I wasn’t surprised.

‘But the system is not the same so I have to understand the difference and fit myself into this team. I think this is the best stadium for a footballer. The fans were great and I’m just glad we won.’ 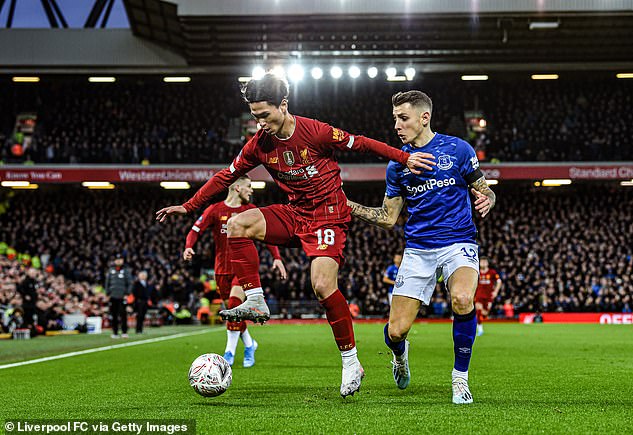 A young Reds side secured a 1-0 win over their bitter rivals, courtesy of a stunning curler from 18-year-old Curtis Jones, and Minamino played his part as he featured for 70 minutes before being replaced by Alex Oxlade-Chamberlain.

Jurgen Klopp heaped praise on the Japanese star after the result by labelling his performance as ‘outstanding’.

‘In your first game for a team you don’t know, it’s not a settled team, it’s already difficult.’ 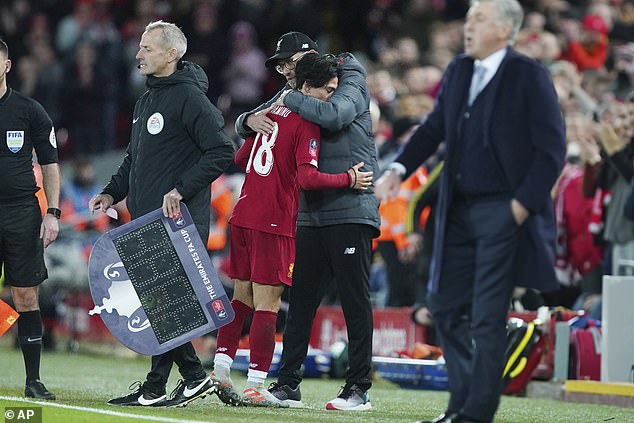 Klopp added that he was particularly impressed that the 24-year-old managed to show his talent and adapt to the team given it had been ‘thrown together’, with the German making nine changes to the side that beat Sheffield United last week.

‘This team we threw together on the pitch with basically two sessions together, to show this sort of understanding, his football skills were exceptional and his attitude was outstanding,’ he added.

‘He led the chasing pack so often. He didn’t look tired, but we don’t know the player that well yet so we took him off.’

Nagelsmann returns to Leipzig with Bayern, Locatelli’s full Juventus debut and what to watch around Europe

Chelsea transfer news: Maurizio Sarri urges Callum Hudson-Odoi to become ‘one of the best’ by not leaving Blues