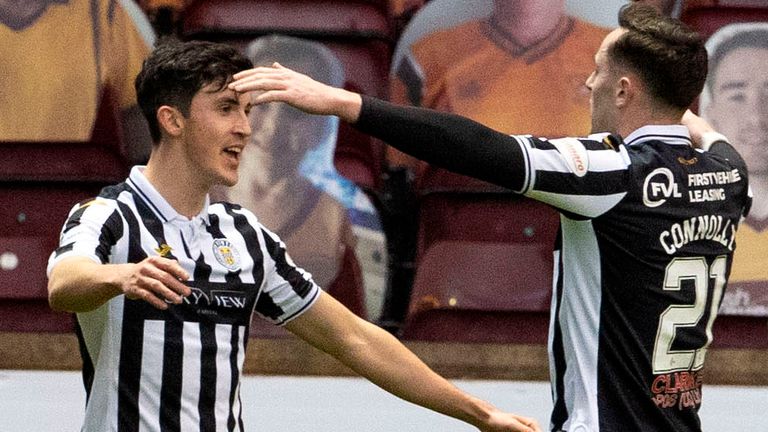 Jamie McGrath scored for the third game running to earn St Mirren a 1-0 victory over Motherwell.

The midfielder’s 13th-minute goal was enough to consign Motherwell to a fourth consecutive home defeat.

St Mirren extended their unbeaten run to nine games on the pitch and the victory would be all the sweeter given they were recently consigned to a 3-0 defeat by Motherwell, and Hamilton, for games postponed following a Covid-19 outbreak.

St Mirren launched an appeal against that decision during the week and they will fancy their chances of getting another win if the game is eventually played as Motherwell struggled to create clear-cut opportunities to level.

Motherwell brought in Liam Grimshaw at left-back and Barry Maguire in midfield following last weekend’s 3-0 home defeat by Hibernian, while the visitors were unchanged.

The home side’s best chance came after four minutes when Christopher Long sent an inviting low cross to the back post. Callum Lang slid in to blaze over.

Saints took the lead after Ethan Erhahon’s pass through the left channel found Jon Obika’s run outside Bevis Mugabi. Jordan Archer came off his line to block but the rebound fell for McGrath on the 18-yard line and the midfielder drilled home.

The omens were not good for Motherwell, who have still not scored an equaliser all season.

Dylan Connolly headed wide from a decent chance to double the lead before Motherwell created some sporadic first-half chances without finding their rhythm.

Watt had a header saved after the break but Well boss Stephen Robinson had seen enough 10 minutes into the second half and made a double switch, taking off wide forwards Lang and Long and bringing on Jake Hastie and Devante Cole. 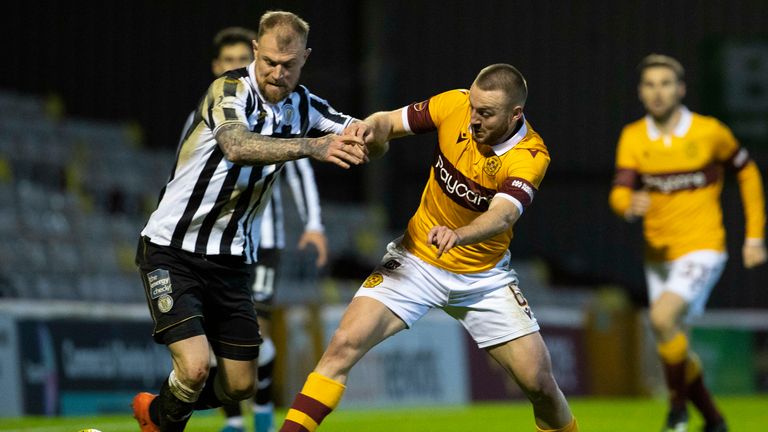 There was little impact but Liam Polworth came on midway through the half and soon got involved.

The midfielder set up Cole to shoot weakly at Alnwick before heading just over himself after Declan Gallagher had flicked on a long throw. He then saw a low drive parried by Alnwick.

Motherwell lost Mark O’Hara to injury before they belatedly exerted some pressure but Alnwick made a fine stop to prevent Maguire’s long-range strike levelling matters in stoppage-time.

Emery defends Arsenal away form mentality ahead of Watford tie