Napoli 3-0 Red Bull Salzburg: Fabian Ruiz and Arkadiusz Milik strike before Jerome Onguene’s own goal as Italians put one foot in the quarter-finals

Napoli put one foot in the quarter-finals of the Europa League with a convincing 3-0 first leg victory over Red Bull Salzburg in Naples on Thursday night.

Arkadiusz Milik opened the scoring with a cool finish after 10 minutes before Fabian Ruiz doubled the lead with a fine volley just eight minutes later.

The rout was completed when Jerome Onguene inadvertently turned the ball into his own net as he attempted to deal with a low cross. 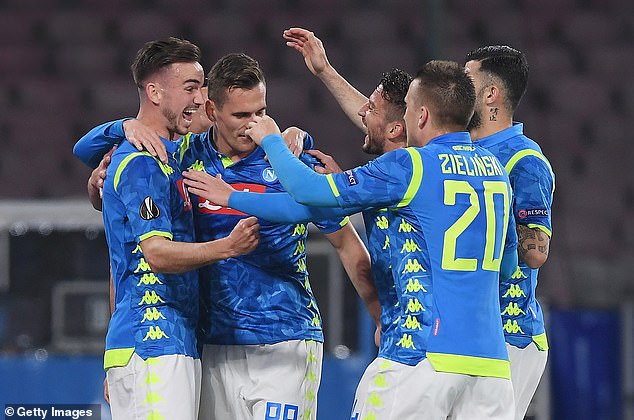 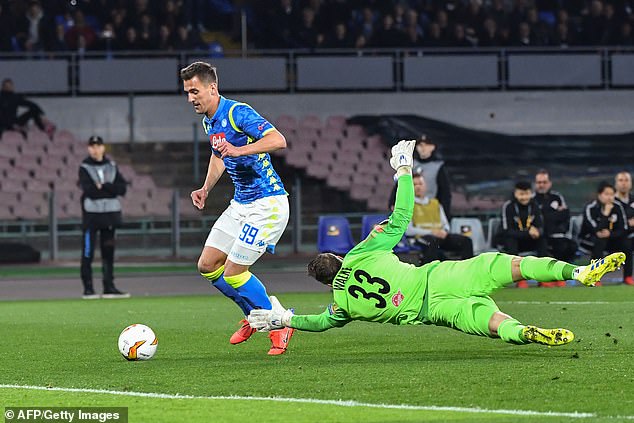 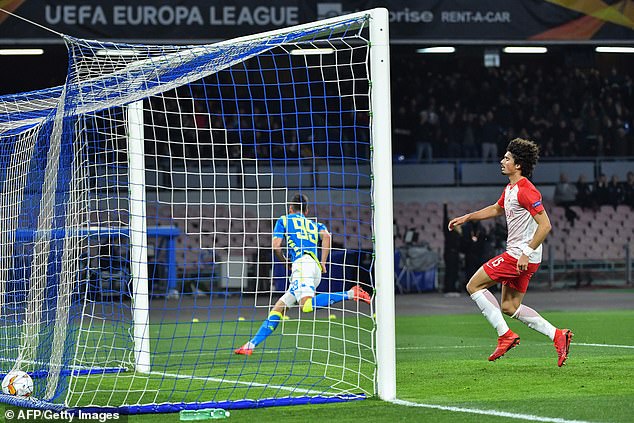 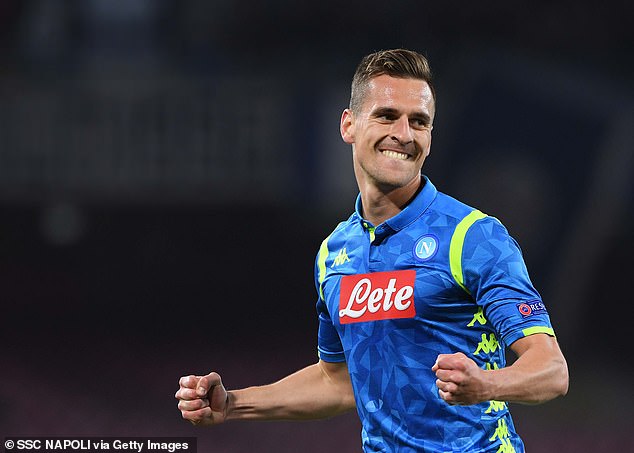 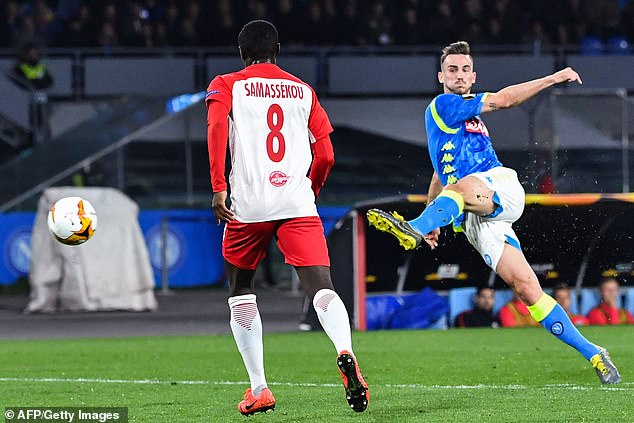 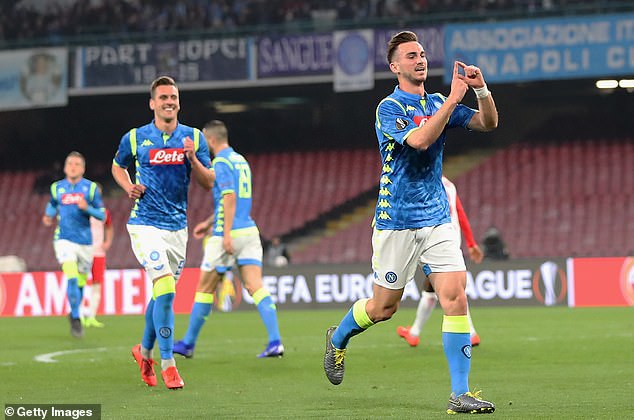 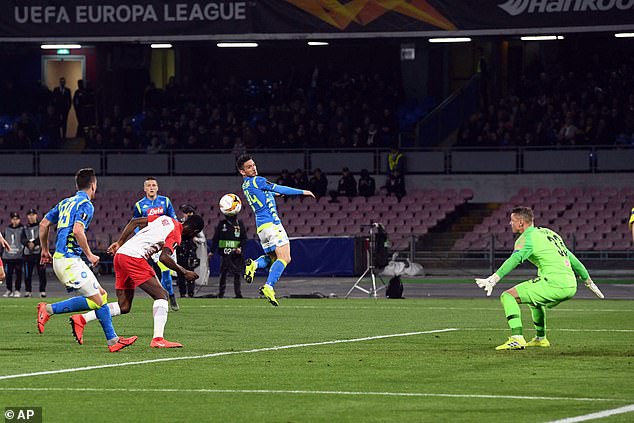 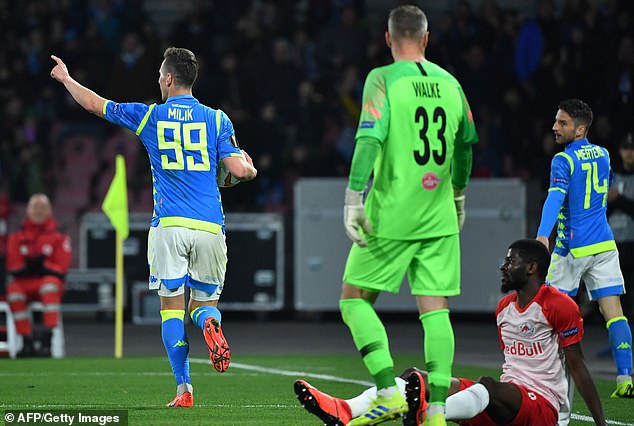