Napoli could be without star forward Lorenzo Insigne when they take on Barcelona in the second leg of their Champions League last-16 tie on Friday.

The club have confirmed that the captain suffered a tendon injury in their 3-1 victory over Lazio on Sunday. Insigne had scored a penalty earlier in the match but limped off in tears in the final minutes.

The Serie A side said the 29-year-old will be monitored closely ahead of the game at the Nou Camp. 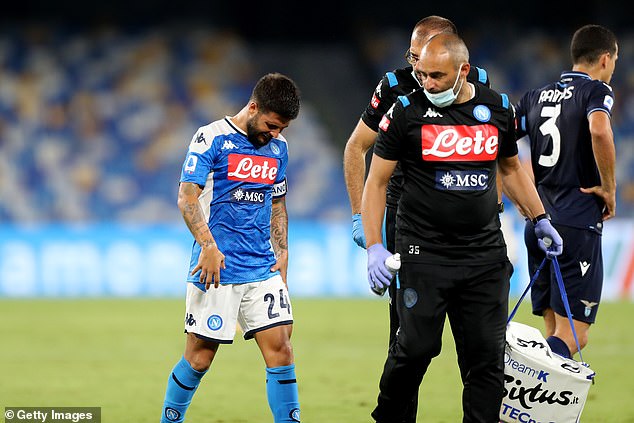 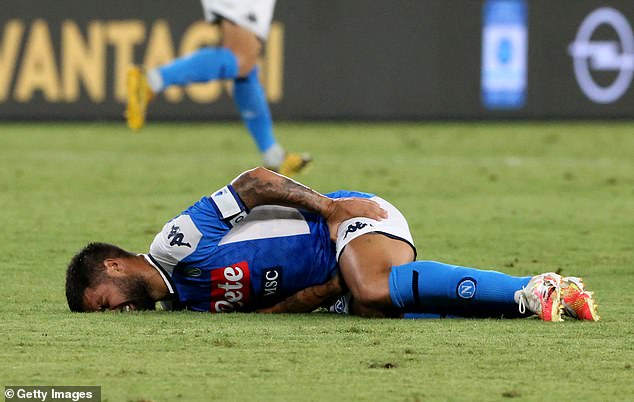 A statement on the club’s website said: ‘Lorenzo Insigne has undergone tests that have confirmed that he has suffered tendon damage to the adductor longus muscle in his left thigh, in addition to bone bruising.

‘The player sustained the injury during the match against Lazio on Saturday. Insigne will be closely monitored over the coming days.’

The Italian has registered 12 goals and eight assists in all competitions this season and is a key player for Gennaro Gattuso’s side. 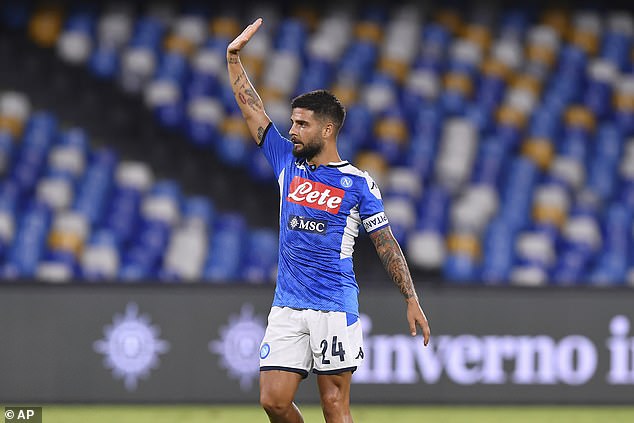 Napoli held Barca to a 1-1 draw in the first leg in Naples. Dries Mertens had given the hosts the lead in the first half but Antoine Griezmann equalised for the LaLiga side.

Arturo Vidal was given a late red card meaning he will be suspended for the Catalans.

Napoli finished seventh in Serie A but qualified for the Europa League after winning the Coppa Italia.

What's in store for the Bundesliga's British stars on league's return?