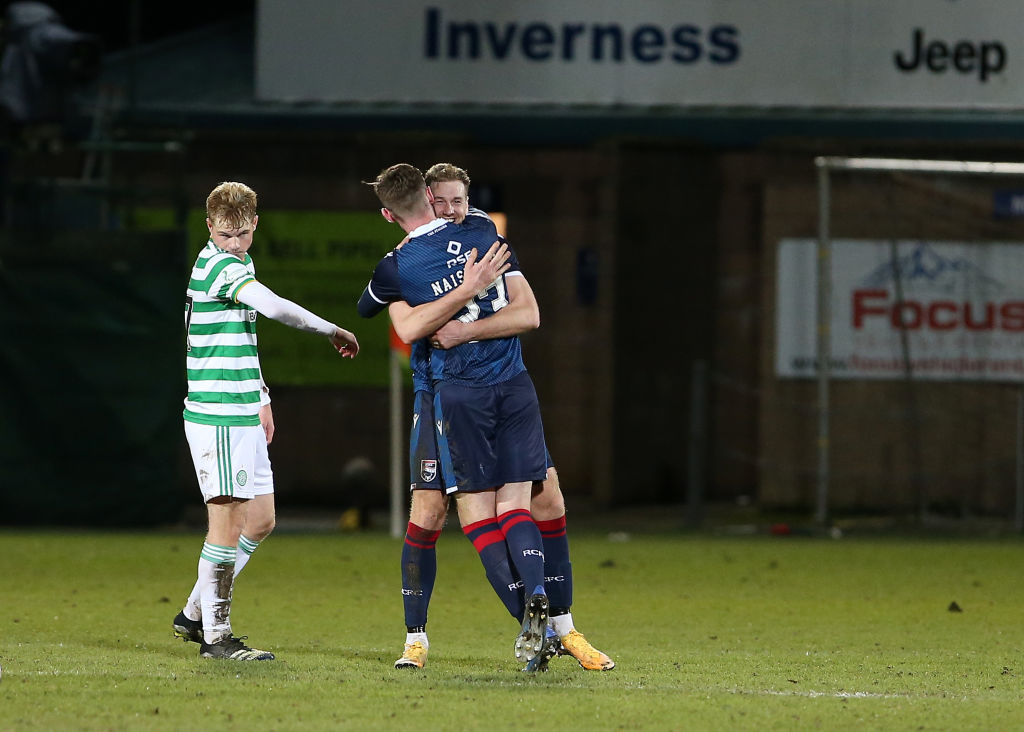 An irritable Neil Lennon insisted he was still the right man to lead Celtic before walking out of his interview in the wake of the side’s 1-0 defeat to Ross County on Sunday.

Not for the first time this season, Celtic were guilty of spurning several big chances and Jordan White found the net against the run of play with a 71st-minute header to secure all three points for County at the Global Energy Stadium.

It brought an end to the Bhoys’ five-match winning streak in the Scottish Premiership and means the reigning champions now trail bitter rivals Rangers by 18 points with eight games remaining of the campaign.

‘It’s hugely damaging. It’s the end of a run, we’re 18 points behind and there’s not many games left so picking ourselves up is going to be difficult but we have to do it somehow,’ Lennon told BBC Sport Scotland shortly after the final whistle.

‘You don’t see the result coming because we’re playing well, in good form and the quality of chances we created tonight, it’s inexcusable to miss them.’

‘I apologise. It wasn’t for the want of trying and the attitude of the players was good but we’ve let them down today, there’s no question about that,’ he added.

Asked whether it feels like a rebuild is required at Celtic, Lennon replied: ‘Yes, I would say so. Yes.’

On whether he’s the man to oversee that rebuild, he responded: ‘I’ve done it before. I don’t see why not.’

Lennon said there had been no indication from Celtic’s hierarchy that he should fear for his position and underlined his ‘love’ for the job.

‘So far I’ve not been told anything otherwise so I will carry on my duties as normal,’ he continued.

‘I love this job, I love the club and I’ve had a lot of success.

‘This has been a difficult season in more ways than one for football and non-footballing reasons so you always want to rebuild and go again.’

Lennon continued to be pressed on his future and the Northern Irishman decided he had heard enough when BBC reporter Rob MacLean asked him whether he was ‘ready to rock’ with the rebuild.

‘I’m not going to answer any more questions,’ he said.