‘I had never seen anything like it’: Gary Neville names Cristiano Ronaldo’s Champions League quarter-final header against Roma as ‘the best goal I’ve ever seen’

Ronaldo has scored 578 goals at club level during his illustrious career, but Neville reserved particular praise for the Portuguese’s outstanding header in the Champions League quarter-finals.

The 33-year-old is determined to score against United for Juventus on Tuesday night, but the impact that he made for the Red Devils certainly hasn’t been forgotten by Neville. 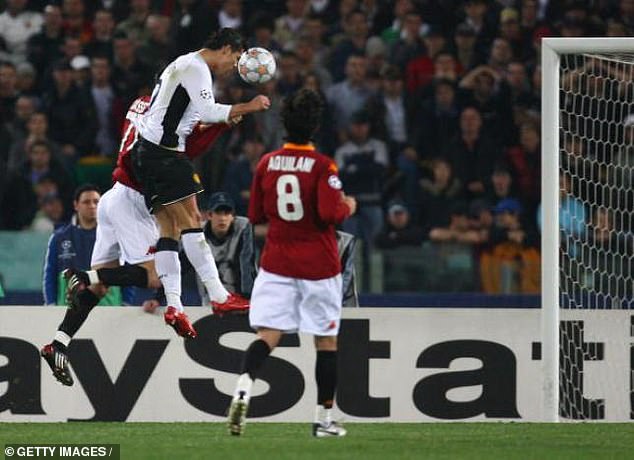 Neville told ESPN (via The Metro): ‘His goal that he scored against Roma, to this day, is the best goal I’ve ever seen.

‘It’s the most miraculous goal that I’ve ever seen. He jumped from the edge of the box and headed it on the penalty spot at full speed.

‘And he’d sprinted from the halfway line nearly. I had never seen anything like it.’ 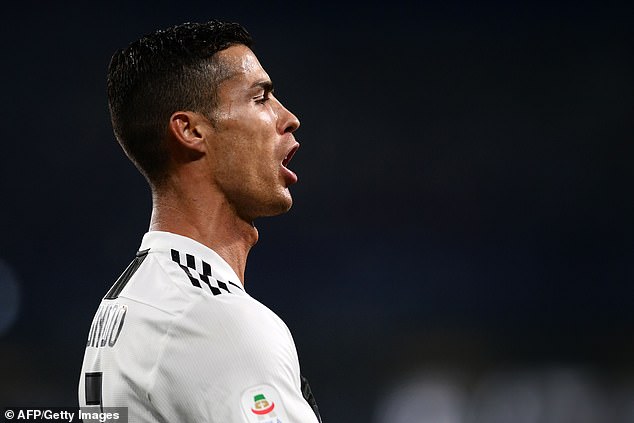 Ronaldo helped United to win the Champions League that year and he will be aiming to do likewise with Juventus this time around.

Juventus have won both of their Champions League group games so far, while United have taken four points from a possible six.

Since making the switch to Juventus from Real in the summer Ronaldo has scored five goals and provided as many assists in ten games.

Ronaldo has, however, often struggled to find the net against teams managed by Jose Mourinho – he has scored just once in 14 such fixtures.

LMA on board with heading limits in training